Next-Gen Underwater Turbines Blow Wind Model Out of the Water

CLEANTECH - Brazilian startup TidalWatt has rethought underwater turbines — theirs are 60x smaller and produce 3x as much energy as wind turbines, are harmless to marine life, and promote the formation of artificial reefs.

THE NEXT ECONOMY - The mine’s operator and UK government pledge to offset nearly 500,000 annual tons of emissions through carbon credits; but the clear greenwashing has been lambasted by critics the world over.

CLEANTECH - Inspired by nature, SolarBotanic’s solar trees use leaf-shaped, thin-film, photovoltaic nanotechnology to harness both sun and eventually wind energy to power houses, charge EVs or be stored for future use.

WALKING THE TALK - COP27 ended with an agreement to create a funding facility to compensate vulnerable nations for ‘loss and damage’ from climate disasters; but weakened language around the phase-out of fossil fuels opens a dangerous loophole that could threaten decarbonization before it’s too late.

In Our Water- and Climate-Stressed World, There’s No Excuse for Wastewater Going to Waste

CLEANTECH - Globally, 80% of wastewater is discharged into local environments with minimal or no treatment — water that could be recycled and reused. California-based startup Aquacycl's waste-to-energy solution protects water resources while helping companies reduce costs.

FINANCE & INVESTMENT - While the announcement from the world’s largest asset manager could potentially have significant influence on lowering global emissions, BlackRock’s passive approach is a missed opportunity to actively drive the transition to a low-carbon, net-zero economy.

MARKETING AND COMMS - New platform from Break Free from Plastic explores the hardest-hit frontline communities in the world, from India to Ohio. After hearing each story, viewers can choose to view another location, or take actions designed to make local and global impact.

FINANCE & INVESTMENT - HSBC announces its thermal coal phase-out plan on the same day as a Sierra Club-Center for American Progress report calls out Wall Street’s outsized contribution to the climate crisis. Can the necessary sea change be made in time to avoid disaster?

From Silicon Valley to Rural Africa: Boosting Energy Access with the D-REC Initiative

CLEANTECH - The potential for D-RECs as an instrument for transformative change is limited only by the corporate appetite for renewables, which at this point sees no signs of waning. While the infrastructure is currently being built and finalized, the chance to funnel investments is just around the corner.

WASTE NOT - Emasesa saw an opportunity to treat the 5.7M kilos of oranges littering the streets of Seville each year not as food waste, but as a powerful circular solution.

CLEANTECH - Unilever, Starbucks and Dairy Farmers of America have joined the historic alliance, which calls on the food industry to embrace the simple, circular relationship between food waste and its potential to reduce greenhouse gases.

Does Adopting Renewable Energy Feel Complex? 4 Considerations to Get You Started

CLEANTECH - When adopting a renewable energy strategy, here are four considerations all executives should keep in mind that will streamline the process and ensure their end results achieve their sustainability goals.

Tide Slowing Turning Toward a Future Free from Coal

CLEANTECH - Clean power is finally taking over. Yes, it has taken far longer than most environmental campaigners wanted. But with investors fearing the worst and the majority of global economies slowly weaning themselves off of coal, the planet should breathe a huge sigh of relief.

THE NEXT ECONOMY - The CEOs of 13 US and Global Fortune 500 companies, in collaboration with four leading environmental groups, have issued a call for action on climate change — including an economy-wide carbon pricing policy to meet the climate challenge at the lowest possible cost.

Bright Ideas Will Usher in the Clean Energy Future

CLEANTECH - A clean energy future will require innovation, creativity and increased investment in high-efficiency energy solutions. But once we eliminate the kinks — and the misconceptions — it is a bright future. 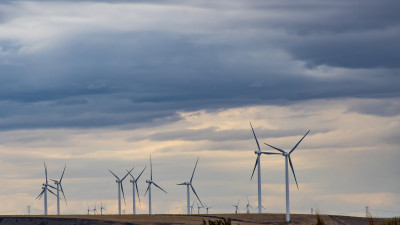 PRESS RELEASE - GM renewable energy deals to date total 1.71 terawatt hours in North America, more than any other automaker in the region. 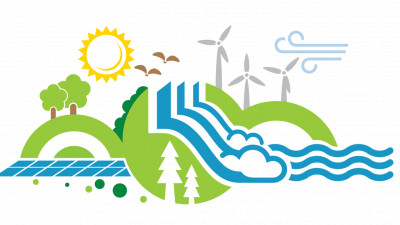 CLEANTECH - The Carbon Clean 200 are already capitalizing on the transition to a low-carbon future; BP’s latest scenarios support that strategy