Chemistry, Materials & Packaging
What Is Ocean-Bound Plastic? And Does It Really Matter?

Rob Ianelli
Published 2 years ago. About a 5 minute read.
Image: Jasmin Sessler/Unsplash
Sponsored Content / This article is sponsored by Oceanworks.

To fully address the plastic waste challenge, it is urgent to capture as much of it as possible. Diverting ocean-bound plastics is a worthy cause, but it only scratches the surface of the broader challenge of mismanaged waste.

What’s in a name? Quite a bit, actually. Names are shorthand for the subject being described, but names can bring along baggage of their own. One doesn’t need to look much further than certain news outlets disparaging the veracity of “global warming” during a blizzard to realize the monikers we choose can create their own challenges in the court of public opinion.

“Ocean-bound” is another tricky term. It connotes that the object in question is headed for the high seas, but that may not resonate when that object is a plastic spork in a parking lot 15 miles from the nearest beach. When a consumer hears “ocean plastic,” they expect that object to be pulled directly from the ocean; but turning off the tap for ocean plastic flowing into our oceans is a much, much larger piece of the puzzle; and ocean-bound plastic helps fill that gap. Everyone agrees that ocean plastic and its impacts on the marine ecosystem are devastating, but many struggle to connect the dots from a canal or poorly managed landfill to a coral reef offshore.

To unpack how this word became so contentious, let’s start with its origins in academia.

Where did “ocean-bound” come from?

Jenna Jambeck PhD, a renowned professor from the University of Georgia, is credited with popularizing the ocean-bound term concept. She built a detailed model to track different types of waste and to understand what happens when someone discards an object.

Jambeck’s 2015 article in Science explained that the majority of waste (including plastic waste) is not destined for the ocean. However, there is a significant portion that will suffer that fate. In fact, 31.9 million metric tons per year of waste generated within coastal regions — defined as within 50 km of the coastline — is categorized as mismanaged, which puts it at high risk of ending in the ocean. This percentage has everything to do with human history, geography and serious global deficiencies in waste management.

Jambeck’s research uncovered that the vast majority of ocean plastic originates within 50 kilometers (or 30 miles) of the world’s coastlines. And while that is a tiny fraction of the total global landmass, it is home to two billion people who have over the generations built their cities, fishing villages and livelihoods close to the oceans.

Nearly every major population center sits beside a major river, lake or ocean; because water is an essential ingredient for agriculture, trade and life itself. This abundance of people and commerce unsurprisingly creates more than one-third of the total plastic waste generated each year. That means there’s a lot of discarded plastic in close proximity to the watersheds, tributaries and coastlines of the world’s oceans.

This would be less of a problem if humans were meticulous about capturing, processing and recycling their waste; but this is all too often not the case. The mismanagement of plastic waste inside that 50-kilometer area results in roughly 8 million metric tons ending up in our oceans. So, the key to turning off the tap on new ocean plastic is interventions that target this ocean-bound waste.

Jambek’s 50-kilometer rule of thumb has gained a lot of traction. It’s logical, it’s understandable and not particularly controversial. Any layperson presented with this information would have a hard time arguing against its merits, and it provides a useful framework to focus efforts on averting waste most likely bound for the ocean.

This idea was also embraced by environmental activists, NGOs and private corporations committed to reducing ocean pollution; which have extensively highlighted sea life and marine ecosystems plagued by plastic waste to hammer home the importance of diverting ocean-bound plastic. But there isn’t a magical force field at the 51st kilometer that prevents plastic waste originating from there from ever finding its way to the ocean. Inland areas and the businesses and people located there certainly aren’t exempt from the problem of mismanaged waste.

To fully address the plastic waste challenge, it is urgent to capture as much of it as possible; and to funnel the maximum amount into recycling programs. Corporations and consumers can’t allow a mindset that some plastic waste is somehow more palatable based on its point of origin or method of disposal. This requires a new way to classify plastic waste and educate consumers on its potential harms and proper management.

A simpler plan for a larger vision

The convenience of designating plastic waste within the 50-kilometer range of a coastline as ocean-bound serves a valuable purpose. It establishes a clear link between the actions of those relatively near the oceans with its potential harm to those same waters and its sea life.

But complex problems require complex solutions, which is why we can’t settle for “ocean-bound.” Diverting ocean-bound plastics is a worthy cause, but it only scratches the surface of the broader challenge of mismanaged waste. Plastics classified as ocean-bound don’t constitute enough of the total plastic waste volume to drive meaningful systemic change. They offer a catalyzing message, but leave far too much plastic out of the equation.

To help consumers make informed decisions about the environmental impact of their purchases, additional tiers of classification are needed that encompass the range of potential environmental impacts created by plastic waste. Processors are “checking the box” for ocean-bound, but millions of tons of plastic waste that might be recycled remain on the sidelines, littering our streets, filling our landfills and polluting other corners of the natural world. There are no magical lines in the sand when it comes to reducing and recycling as much plastic waste as possible.

Interested in learning more about Oceanworks and ocean plastic? Join us on October 7 for our 30-minute, free, live online webinar that will cover what we've learned working with brands and their journeys to the incorporation of recycled ocean plastic into their supply chains. We'll also touch on best practices for working with recycled products & materials and a sneak peek at what's coming soon from Oceanworks. Register today at oceanworks.co/1year! 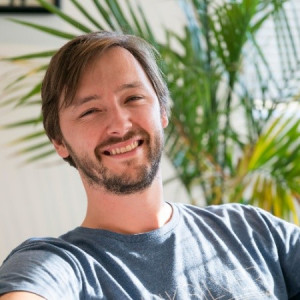