The Next Economy
IKEA, Unilever Sowing More Seeds for a Plant-Based Food Future


Published 8 months ago. About a 8 minute read.
Image: IKEA

With the global plant-based meat and foods markets growing like a tsunami, it’s no wonder that more and more global food companies are positioning themselves to ride the wave.

Recent research shows the global plant-based meat market growing at a compound annual growth rate of 15.8 percent, projected to reach $35.4 billion by 2027. Barclays estimated in 2019 that the wider plant-based market could grow by over 1,000 percent over the next ten years, reaching $140 billion by 2029. So, it’s no wonder more and more food giants are positioning themselves to ride the wave. 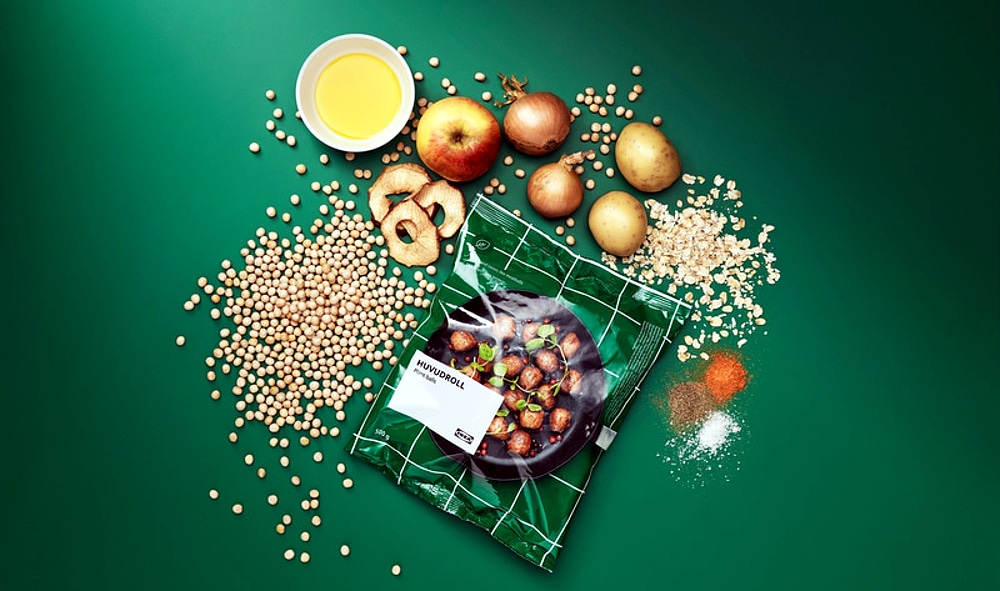 IKEA announced today it is taking the next step towards making healthy, sustainable food more affordable and desirable to the hundreds of millions of people that enjoy its meals every year. By adding more plant-based options to the menu in IKEA restaurants, the Swedish furniture giant hopes to inspire more healthy and sustainable choices.

In addition to being the world’s largest home furnishings retailer, IKEA operates what might be the world’s largest self-serve cafeteria. In 2019, over 680 million IKEA customers dined in IKEA restaurants, bistros and Swedish Food Markets. As a global business, IKEA has a big responsibility — and opportunity – to inspire and enable more healthy and sustainable lifestyles.

How to engage consumers as suppliers in a circular economy

Hear more from BBMG and eBay on activating consumers as the critical ‘missing link’ in emerging circular models around clothes, footwear and other CPGs at SB'21 San Diego — October 18-21.

IKEA’s new food commitments, announced today in connection to a pre-event for the UN Food Systems Summit 2021, include that by 2025:

• 80 percent of all packaged food offered to be plant-based

Today, people with thin wallets have the hardest time affording healthy and sustainable products and services. GlobeScan’s 2020 Healthy and Sustainable Living Study of 27,000 people across 27 countries — of which IKEA is a brand partner — confirmed that three out of four people want to significantly reduce their impact on the environment; and a significant number of meat eaters would be willing to switch to plant-based alternatives if they taste equally good, and have the same price and nutritional value.

The survey also showed that companies have an important role to play in turning consumer thoughts and values into action, by making sustainable options more affordable.

“IKEA wants to make healthy and sustainable choices the most desirable option — by, for example, demonstrating that plant-based food can be really delicious. Research confirms the importance of making sustainable products affordable and desirable, and IKEA can really make a positive difference here. The more sustainable choice shouldn’t be a luxury for the few. It should be part of people’s everyday life,” says Lena Pripp-Kovac, Chief Sustainability Officer at Inter IKEA Group.

IKEA’s test kitchen, SPACE10, has been developing dishes with alternative ingredients such as insects, algae and lab-grown meat for years; and items such as veggie ball, a chicken ball, a veggie hot dog and a salmon ball have made it to menus. In 2018, IKEA Canada’s Head of Sustainability, Brendan Seale, explained the company’s role and its ambition to help shape “the future of food,” as part of its broader People + Planet Positive sustainability strategy, at SB’18 Vancouver.

IKEA says its traditional meatball will stay on the menu. But it will be joined by the recently released plant ball, HUVUDROLL – a more sustainable option for the many meatball lovers, with only 4 percent** of the climate footprint of the traditional meatball — without compromising on taste and texture.

More plant-based and healthier food options will continue to be rolled out in a phased approach in IKEA restaurants and Swedish Food Markets.

*Healthier according to the IKEA Balanced Meal Norm: a science-based nutrition assessment framework created by IKEA and used in product development to improve the nutritional quality of meals and snacks in IKEA Food. The Balanced Meal Norm means that meals meet requirements IKEA has set to manage the content of calories (kcal), saturated fats, sugars, salt and fibre in the meal. These are key nutrients to target to help children as well as adults to eat and live healthier. The IKEA Balanced Meal Norm supports IKEA in developing meals that have a balance in the content of these nutrients.

** Relates to the climate footprint of the ingredients only; and excludes processing, transportation and storing. 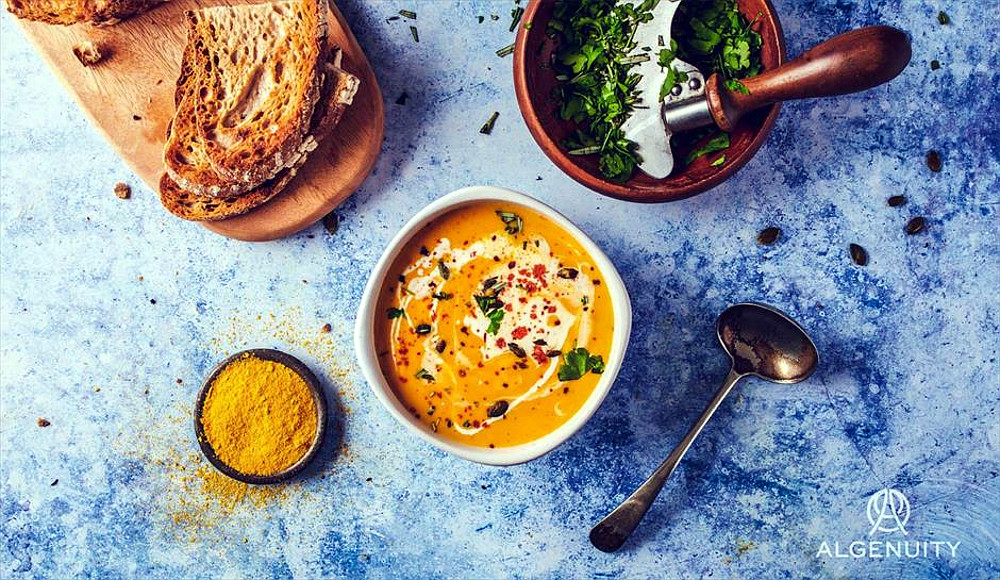 Speaking of future foods, Unilever has announced a new annual global sales target of €1 billion from plant-based meat and dairy alternatives, within the next five to seven years. The growth will be driven by the roll-out of The Vegetarian Butcher; as well as increasing vegan alternatives from brands including Hellmann’s, Magnum and Wall’s.

The target is part of Unilever’s ‘Future Foods’ ambition, launched globally last week with two key objectives: to help people transition towards healthier diets and to help reduce the environmental impact of the global food chain.

Unilever has also committed to:

“As one of the world’s largest food companies, we have a critical role to play in helping to transform the global food system,” said Hanneke Faber, President of Unilever’s Foods & Refreshment Division. “It’s not up to us to decide for people what they want to eat, but it is up to us to make healthier and plant-based options accessible to all. These are bold, stretching targets which demonstrate our commitment to being a force for good.”

Liz Goodwin, Senior Fellow and Director of Food Loss and Waste at World Resources Institute, said: “Food loss and waste have massive impacts in terms of cost to the global economy, the environment and society. We know that food loss and waste contribute about 8 percent of global greenhouse emissions, as well as wasting the land and water used in production of food. We need as many companies as possible to step up and prioritise the issue of food loss and waste, and take action to reduce it. It is great to see Unilever showing this sort of leadership. Given the size and reach of Unilever, their commitment to halve food loss and waste across their global operations will undoubtedly lead others to take action, as well.”

Unilever has been expanding its plant-based meat and dairy alternatives business for several years. After acquiring The Vegetarian Butcher in 2018, Unilever has expanded the plant-based meat brand into more than 30 countries and was last year chosen as the supplier of Burger King’s Plant-Based Whopper and Plant-Based Nuggets across Europe, the Middle East and Africa.

In ice cream, its first vegan Magnum was awarded Best Vegan Ice Cream in the UK by PETA in 2019. Both Hellmann’s Vegan Mayo and Ben & Jerry’s Coconutterly Caramel’d Dairy-free were named as one of Nielsen’s top 25 Breakthrough Innovations in Europe for 2020.

In 2019, Unilever made an €85 million investment in The Hive — a foods innovation center at Wageningen University in the Netherlands — to support research into plant-based ingredients and meat alternatives, efficient crops, sustainable food packaging and nutritious food.

And Unilever’s recent partnership with microalgae expert Algenuity marks an important step in making this critical shift toward the development of sustainable food alternatives. Despite being packed full of protein, antioxidants, vitamins and minerals, microalgae have never really made it into the mainstream, principally because of their strong green color and bitter taste and smell. Algenuity’s new Chlorella Colours® removes the unpalatable taste, without reducing any of the microalgae’s valuable nutritional content. Their emulsifying and enriching properties are similar to those of traditional ingredients such as eggs; which means they can be used in a wealth of foods including mayonnaise, soups, sauces, meat alternatives, baked goods and pasta — making microalgae particularly relevant for Unilever brands such as Hellmann’s, Knorr and the Vegetarian Butcher.