Published 1 year ago. About a 4 minute read.
Image: Steve Buissinne (via Pixabay)

Bank of America’s third environmental commitment is designed to advance solutions to issues aligned with the SDGs — including sustainable energy and transportation, climate resiliency, clean water and sanitation.

Bank of America (BoA) has announced it will mobilize an additional $300 billion in capital by 2030 through its Environmental Business Initiative. This third commitment increases the company’s investment in low-carbon business activities as part of its focus on deploying capital for responsible, sustainable growth. Through lending, investing, capital raising, advisory services and developing financing solutions, this new commitment will drive innovation and help to accelerate the transition to a low-carbon, sustainable economy.

The $300 billion goal brings BoA’s total commitment to more than $445 billion since 2007, when the company issued its first Environmental Business Initiative. The bank has deployed more than $126 billion over the past 12 years in support of environmental business efforts across the globe.

“The need to mobilize and deploy capital to address climate change has never been more urgent,” said Bank of America Vice Chairman Anne Finucane. “As one of the world’s largest financial institutions, Bank of America has a responsibility and an important role to play in helping to mitigate and build resilience to climate change by using our expertise and resources, as well as our ability to convene partners across sectors, to accelerate the transition from a high-carbon to a low-carbon society.”

This commitment, like the previous two, will not impact corporate expenses.

In 2013, Bank of America issued its second Environmental Business Initiative commitment with a goal to deploy $125 billion by 2025. The company will achieve this commitment by the end of 2019, six years ahead of schedule.

Highlights of how BoA supports clients through environmental business include:

Bank of America’s Environmental Business Initiative is part of the company’s focus on facilitating the deployment of capital to further sustainable development. Recognizing there is a significant gap between the capital that must be applied to global challenges and the amount that is being deployed today, Bank of America is a leader in engaging the private sector by mobilizing players across the entire financial system to increase the flow of capital.

Alongside smaller, recent initiatives from organizations including Gold Standard. John Hancock and Verra, BoA says this enterprise-wide initiative is designed to unlock the necessary financing and investment to address the broad needs outlined in the UN Sustainable Development Goals (SDGs) — including affordable housing, clean water and sanitation, sustainable energy, education and health care. In 2018 alone, Bank of America deployed more than $50 billion that impacted a key subset of the SDGs. 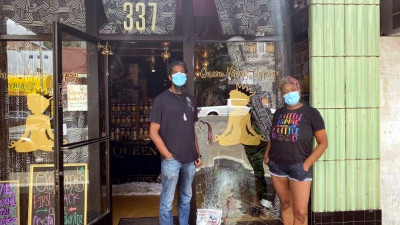