Michelle Gallant
Published 7 years ago. About a 4 minute read.

With the launch last week of Business in the Community’s Be Energy Aware campaign, customer engagement lead Michelle Gallant outlines how we are helping to make energy bills a little less scary.

The clocks go back this weekend, meaning winter is well and truly on its way. Some of us may have already put the heating on to take the edge off those chilly nights, and the darker evenings mean the lights will be coming on earlier and earlier. All this means that our energy bills will soon be ramping up.

We know that one of the top financial concerns in households across the country is energy bills, but we also feel there is so much we can all be doing to make them a little less scary, by being more efficient.

This is why Business in the Community has worked with a number of leading organisations to launch ‘Be Energy Aware,’ a national consumer campaign aimed at reducing the millions of pounds needlessly spent each year by people wasting energy in the home.

engaging and empowering the next generation of sustainability trailblazers

Hear more from WE Communications' Chantel Adams, Tetra Pak's Larine Urbina and Johnson & Johnson Consumer Health's Jen Duran on how brands can most meaningfully engage the next generation of leaders in sustainability – at SB'22 San Diego.

To promote the campaign, we undertook research to better understand how people manage their energy. In just one week, of the 2,000 people surveyed, the top three ‘energy sins’ were:

In addition, 10 percent had left an outside door or window open while the heating had been on. One of the reasons for the high number of ‘sinners’ was found to be the extent to which the British public underestimate the money that such wasteful practices is costing. We found that 82 percent of those surveyed thought turning a thermostat down by just one degree would save £25 a year, where the actual figure is closer to £75. We also found that 60 percent think switching to LED light bulbs could save £100 a year where the real figure is around £300.

Be Energy Aware is being supported and promoted by Osram, B&Q, Thames Water, Virgin Money, Amicus Horizon, the Department for the Environment and Climate Change, and the Energy Saving Trust. We have launched a campaign website to provide energy-saving tips and tricks, so make sure you take a look and share them.

The partners are actively promoting the campaign:

‘Be Energy Aware’ focuses on saving energy across the four main areas of energy consumption in a home: heating, lighting, water heating and using appliances. There are a number of savings to be made, every year, including:

The potential savings are large individually but collectively for the UK the impact could be considerable — if every home in the UK turned down their thermostats by one degree, for example, we could save £750 million a year on bills and as much carbon dioxide as taking 1 million cars off the road. 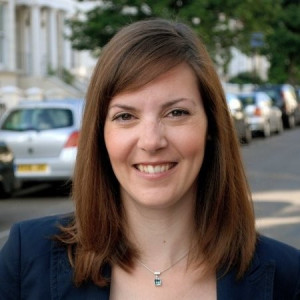 WASTE NOT
E-Waste No More: Fairphone and Framework Show a Better Way Forward for Personal Electronics