Brands now understand the immense benefits of touting their sustainability and purpose credentials; but those with sustainability ‘halos’ aren’t immune to scrutiny over their claims. As Innocent drinks was recently reminded, the stakes have never been higher for getting it wrong.

Last month, beverage giant Innocent — which, as a startup, had seemed to do no wrong — was pulled up by activist group Plastics Rebellion and the UK’s Advertising Standards Authority on an advert it was deemed overstated the brand’s environmental credentials (see the ad, with Plastics Rebellion commentary, here).

In the ad, animated characters encouraged people to “get fixing up the planet” by buying Innocent drinks. Although the brand hit back that it intended for the ad to be a “call to action,” it failed to address the single-use plastic ‘elephant in the room’ (and the spectre of owner Coca-Cola looming in the background couldn’t have helped).

With brands now understanding how much there is to gain from touting their environmental credentials, the story is a harbinger of other call-outs to come for brands that overclaim the environmental and purpose impacts of their brands and products. So, where do brands go from here? Will public greenwashing ‘trials’ put the brakes on brands’ environmental momentum?

Innocent’s recent PR stoning may well cause other brands to think twice, especially since the smoothie-maker is generally viewed as having excellent sustainability credentials: The brand has committed to a science-based carbon-reduction target and is building a carbon-neutral factory in Rotterdam. The company also looks closely at its supply chain and processes; and in 2018, it became a B Corp. But, even for a brand such as Innocent, the desire to dial-up positive stories comes at a risk. Brands wanting to communicate their environmental impacts to consumers and the media must strike a balance between the stories they tell and the rigour and accuracy that underpins them. And if Innocent had considered more carefully both the overall message of the ad and its environmental credentials, it would have perhaps been a little more reticent.

As Plastics Rebellion’s Matt Palmer said: “Greenwashing is dangerous — in the case of Innocent it’s one thing to hide your ecocidal practices; that’s bad enough. But to go to the next level and pretend you’re ‘fixing up the planet’ is far worse. It means that people will willingly — and unwittingly — opt in to support your project in the belief that they are doing good for the planet.”

The reality is that Innocent’s products sell and fuel single-use plastics. Its smoothie bottles may be composed of 50 percent recycled plastic and 50 percent virgin material (not including the caps and labels); but as the ASA ruled, there is no question that the extraction of raw materials and subsequent manufacturing of Innocent’s bottles have a negative impact on the environment. This is further compounded by the fact that its parent company, Coca-Cola, produces three million tonnes of plastic packaging a year — and in 2019, it was found to be the most polluting company in a global audit of plastic waste by the nonprofit Break Free From Plastic. Until Innocent and other brands become part of the solution to do away with, rather than increase, plastic waste, Innocent signing-off on an advert that suggests that buying its plastic-encased products improves the environment seems tone-deaf.

For brands such as Innocent, the temptation to go out with halo-inducing environmental messaging has never been greater — thanks to a better understanding of the rewards of strong environmental/social credentials. But with more eyes watching you, the stakes have also never been higher for getting it wrong — both in terms of the immediate bad press and the negative perceptions, which are hard to shake off.

It is critical that brands give context to any environmental or social impact claims they make. They shouldn’t rely on their track records or any historical good feeling for their brand; but they should expect a higher level of scrutiny than might have been the case in the past. Engagement is a big part of this — not consulting on every piece of marketing, but making sure there is clear and consistent engagement between sustainability and marketing departments. The bolder your claim, the stronger your internal scrutiny should be. This is the balance between great storytelling and compelling marketing with the rigour that underpins sustainability.

So, where do brands go from here? Will the healthy dose of scepticism we should encourage from NGOs and consumers mean brands refrain from going out with environmental messaging for fear of being put on trial? Brands need only be worried if they have something to worry about — are they uncertain of the accuracy of a claim they want to make? Or conscious that they haven’t engaged external stakeholders in their sustainable plans/actions to understand what their target audiences want and expect? Overcoming that is easier if you can back up your claims confidently, and have ways to engage your intended audience to understand them before you communicate to the media.

So, brands should absolutely not shy away from communicating openly about their environmental commitments and achievements. But public trials such as Innocent’s recent run-in with advertising standards should remind them to think before they speak. 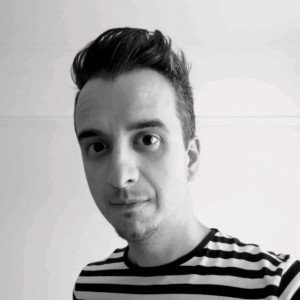