Product, Service & Design Innovation
soleRebels:
Rising to the Top of the Footwear Industry Through Decent Work

International Labor
Published 6 years ago. About a 5 minute read.

“It was pretty basic. We self-financed. Five workers plus myself working inside a workshop situated on my grandmother’s plot of land inside our village of Zenabwork,” recalls Bethlehem Tilahun Alemu, now CEO and managing director of soleRebels, one of the first global footwear brands to emerge from a developing country.

“Right from the start of 2004, we aimed to create, grow and control a world class footwear brand that would bring even more jobs and prosperity for the workers by leveraging the artisan skills of our community.”

Alemu, 34, was born and raised in Addis Ababa’s impoverished and marginalized Zenabwork area. Her mother and father, who worked as a cook and an electrician, respectively, had a huge influence on this woman who has recently become a World Economic Forum Young Global Leader and a UN Goodwill Ambassador for Entrepreneurship.

Today, the eco-sensitive company she runs sells shoes through numerous retail outlets across Europe and Asia, and employs more than 100 workers locally who are paid over three to five times the local industry average.

“There are people who started with us earning a modest training salary of about ETB 900 (US$ 45) and now earn more than a (medical) doctor,” she told ILO News.

The company has 18 stores around the world, including in Silicon Valley (USA), Japan, Singapore, Austria, Greece, Spain and Switzerland, along with an aggressive e-commerce marketing strategy. It expects to open another 50 to 60 stores in next 18 to 36 months. 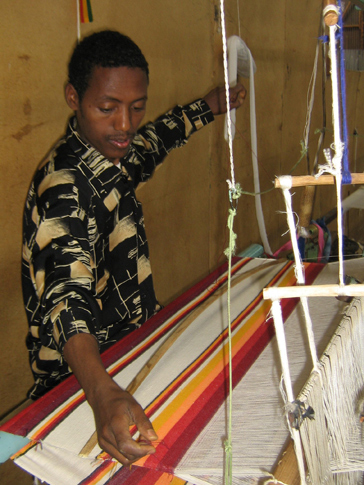 Before starting her business, Bethlehem Tilahun Alemu – also known as “BTA”-- went to college at Unity University in Addis Ababa and worked with various companies in the leather and apparel sector. “This gave me a good knowledge of the industry, which was extremely useful in terms of setting up the company and making it grow,” she said.

But after working in the private sector for a while, she developed a strong desire to focus her business skills on her community.

“I knew that there were so many talented people out there who could do great things if only given a chance. However, due to extreme poverty, stigma, and marginalization,…many of them could not even get simple jobs. This was devastating for me, as I had grown up with them. They were my neighbours, my family members.”

“That’s why we have always said that this company is about maximizing local talent and local resources to create good paying jobs, that in turn would create extraordinary footwear,” she added. 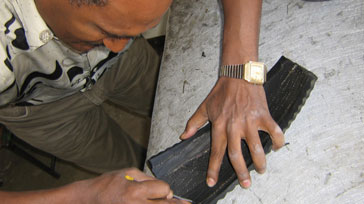 Named one of the top 12 women entrepreneurs of the last century by CNN, Alemu knew that the initial designs of the shoes (inspired by the selate/barbasso sandals worn by Ethiopian soldiers against the colonial occupation) needed to take advantage of the creative platform of the footwear industry.

The shoes are made of non-traditional materials, such as recycled tires, organic cotton, jute and hemp. And they are handmade through a low-tech, zero-carbon production process.

Moreover, the company sustainability policy extends beyond its products to its workers and the entire production process. The company is now the world’s number one footwear brand to be fair-trade certified by the World Fair Trade Organization (a designation that certifies the sustainability of a company’s entire operation — not just its products).

Between 2007 and 2011, the International Labour Organization (ILO) supported the Ethiopian Women Exporters Association, of which BTA is part of the senior management team. The support consisted of several training sessions on issues such as business management (using the ILO Gender and Entrepreneurship Together/GET Ahead tool), exhibition and fair skills (using the “Improve Your Exhibiting Skills” tool) and the development of strategic plans for the Association.

The construction of a state-of-the-art eco-friendly production facility has already begun. Last week BTA welcomed HRH Princess Mary of Denmark at the building site, where she had the chance to witness the impact of the new facility on job creation and cultural preservation.

“This will be the most innovative and unique production facility of its kind in this country, and I believe anywhere,” said BTA, who now also sits on the board of United Nations Industrial Development Organisation (UNIDO).

The production facility will include a showroom for buyers with a focus on the eco-sensible artisan production methods of Ethiopia. This facility is expected to create thousands of new well-paid jobs while “preserving, promoting and keeping indigenous artisan crafts relevant in the production process,” said BTA.

She also believes that her success story can inspire a whole new generation of young entrepreneurs in Africa.

“If we want to have truly equitable societies, then we need to embrace equity on all levels. And that means women’s economic empowerment and the key to that is women entrepreneurs,” she concluded.

This post originally appeared on the ILO Blog on February 26, 2015.