As the UK’s second largest retailer, with over 1400 stores and a huge digital presence, we’re offering more online and in store than ever before. Smarter, greener, more affordable choices. And products that bring real joy. 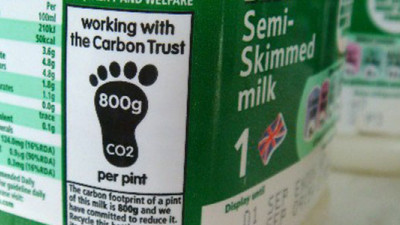 8 years ago - How can you persuade people to make responsible purchasing decisions? It isn’t an easy question. Vast global industries have been built up around understanding and influencing the tangled web of decisions and motivations that take place when buying products or services.Price and quality are common factors. But as awareness increases around the environmental challenges currently facing the world then sustainability is becoming an ever-greater motivator. 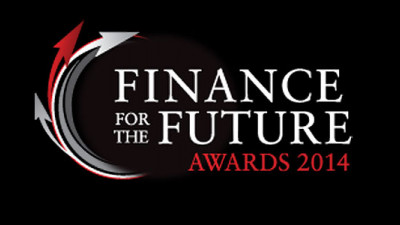 8 years ago - Organizations in the retail, consumer goods, telecommunications, consulting and property management industries are among those shortlisted for the 2014 Finance for the Future Awards, which recognize the role of the finance function in creating sustainable business models and economies. The finalists — in the Large Business, SME, Public Sector, Social Enterprise and Innovative New Idea categories — will be judged on September 5, with the winner announced at the awards ceremony on October 14. 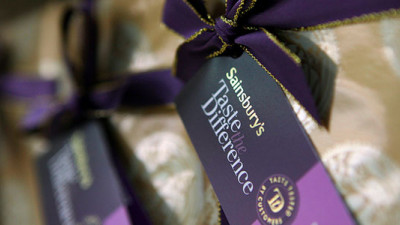 8 years ago - Sainsbury’s today announced it has agreed to a £200 million corporate “green” loan to invest in ongoing carbon reduction and sustainability projects. While Green Bonds are now increasingly issued by institutions to support sustainability initiatives, the retailer says this is the first time that a commercial loan has been structured to do the same. 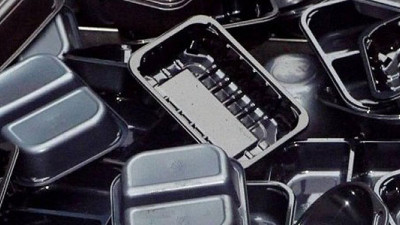 8 years ago - Sainsbury's and Marks and Spencer (M&amp;S) are leading a consortium of UK packaging, retail and recycling organizations to launch a market trial aimed at recycling as many as 1.3 billion plastic food trays each year.The campaign focuses on reducing waste from black CPET trays, which are commonly used in supermarket ready meals. The trays are recyclable, but the black color of the trays makes them undetectable with Near Infra-Red optical sorting equipment typically used at plastic sorting and recycling facilities.

Sainsbury's Cannock Superstore to Be Powered Solely by Food Waste 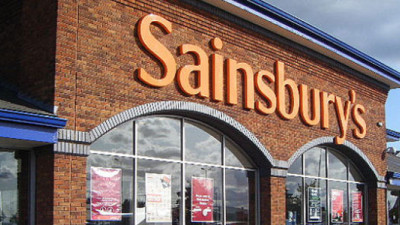 8 years ago - UK grocery giant Sainsbury’s has partnered with Biffa, one of the leading waste-management companies in the UK, on an innovative facility that will allow Sainsbury’s Cannock superstore to run on power generated solely from the supermarket’s own food waste.Thanks to Biffa’s advanced anaerobic digestion (AD) facilities and a unique power link-up, Sainsbury’s says its Cannock store will be powered using electricity generated using food waste from Sainsbury’s stores across the UK. This groundbreaking project helps to close the loop on food recycling and Sainsbury’s goal to continue to send zero operational waste to landfill.

8 years ago - The issue of food waste has rightfully come front and center in the Western world, with staggering figures such as 40 percent waste in the US alone forcing us to find solutions. The problems that lead to food waste lie throughout the chain from production to distribution and consumption, which means countless opportunities for organizations across all sectors to innovate to tackle it.Europe is leading the way with a rash of new technologies and collaborations working to minimize waste generated in the food cycle, many of them at the retail level. 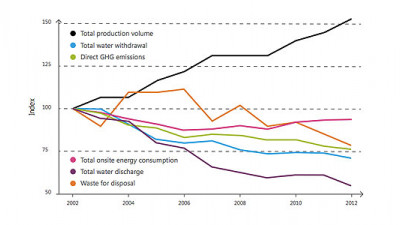 8 years ago - Businesses and governments must tackle energy and water use in tandem or risk major disruption, according to research released this week by sustainability specialists Anthesis in association with the Water Footprint Network. And 15 leading businesses from 11 different sectors, including Sainsbury’s, Boots UK, GlaxoSmithKline, Nestlé and Nokia have committed to looking at their carbon-water management holistically. 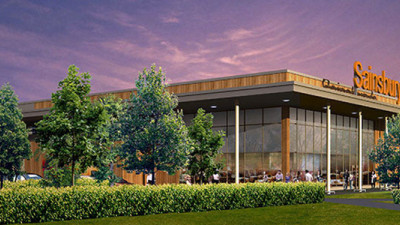 9 years ago - Sainsbury’s new supermarket in Leicester, opening Wednesday, November 27, is one of the British retailer’s two new “triple zero” stores. The 81,700 sq ft store will produce zero carbon emissions from all on-site energy used, send zero waste to landfill and have zero impact on the water usage of the local catchment area because of its water-neutral status.Neil Sachdev, Sainsbury’s Property Director, said: "We aim to be the UK’s greenest grocer and achieve our 20x20 target to reduce our operational carbon emissions by 30 percent absolute. To do this we’re now building and running highly sustainable, low-carbon stores. 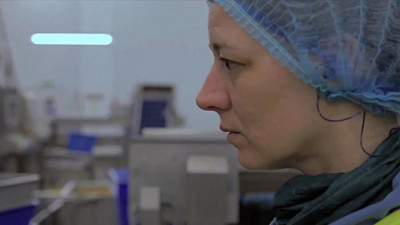 9 years ago - Leading organisations and industry bodies within UK food production, retail and horticulture have joined forces to tackle the issue of modern-day slavery, human trafficking, forced labor and other hidden migrant worker exploitation, according to the British Retail Consortium (BRC). 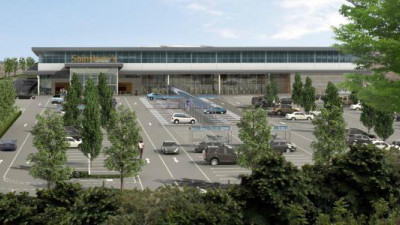 9 years ago - Sainsbury's has announced that its new store at Weymouth Gateway will be water neutral — 100 percent of its water demand will be met through water-efficient infrastructure and offsetting partnerships in the local community, and the total water used within the local catchment area will not increase as a result of this new store. The grocery retailer says it will also replicate this approach at its new supermarket in Leicester, opening at the end of November. 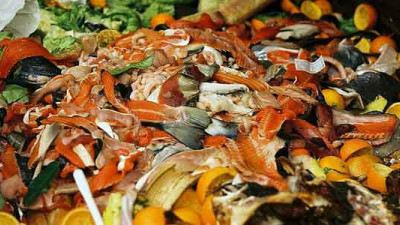 9 years ago - UK households waste £6.9 billion ($11 billion) worth of food and drink, or 7 percent of overall sales, each year, according to new research from WRAP.The organization estimates that the grocery retail supply chain produces roughly 6.5 million tons (Mt) of annual waste. Of this, 3.9 Mt is derived from food and drink manufacturers, with the majority being food. 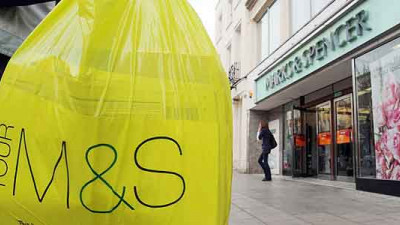 9 years ago - For the second year in a row, retailer Marks &amp; Spencer has topped Carbon Clear’s ranking of the carbon performance of the FTSE 100. This is the third year that Carbon Clear has undertaken the research, examining the extent and depth of FTSE (London stock exchange) 100 companies’ carbon measurement and reporting practices, ranking companies based on a well-developed scoring matrix. 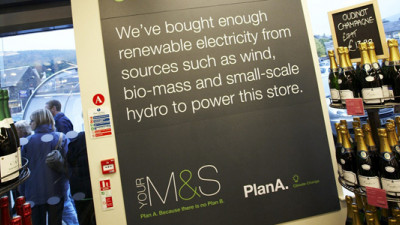 9 years ago - New research released this week by the Carbon Trust reveals that, while consumers see business as the key to economic recovery, they do not yet see it as key to fixing our environmental problems, with over two-thirds (68 percent) of respondents unable to name a company taking the issue of environmental sustainability seriously.Respondents who could name companies they thought were walking the sustainability talk were quick to mention retailer Marks &amp; Spencer (the most popular answer), followed in order by the Co-operative Group, Tesco, BP and Sainsbury’s.

9 years ago - Coca-Cola Enterprises has partnered with Sainsbury's to launch a new sustainability program that aims to increase the reuse and recycling of plastic bottles during the summer.The beverage company says its Don't Waste. Create campaign is designed to encourage consumers to use their waste packaging at home in a fun and useful way, while also promising to recycle. 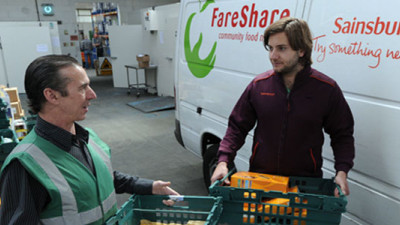 9 years ago - Sainsbury’s says it has succeeded in diverting all store waste from landfills, reaching its zero-waste goal in just three years — seven years ahead of schedule.As part of its 20x20 Sustainability Plan, the UK supermarket chain said it would put all waste to positive use by 2020.Sainsbury’s says excess food that cannot be used by its charity partners is now processed into animal feed to support local farmers or used to produce energy through anaerobic digestion. The company claims to be the UK’s largest retail user of anaerobic digestion which, along with donating food to charity, helped it reach its zero-waste goal.

9 years ago - Coca-Cola Enterprises, Unilever, AB InBev, Nestlé, and 45 other retailers, manufacturers and brands have all recommitted to a joint reduction of food and drink waste by 1.1 million metric tons by 2015. 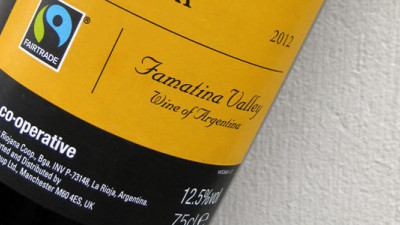 9 years ago - UK grocery chain The Co-operative has just announced significant reductions in the weight of its private label wine bottles. With the help of its supplier, Kingsland Wines and Spirits, the Co-operative achieved reductions that amounted to a savings of 725 metric tons of glass and 556 metrics tons of CO2. Not only does a major reduction such as this use fewer resources and save energy, the biggest reduction comes from having less weight to transport and therefore dramatically lower fuel costs. By the end of 2013, the Co-operative plans to reduce its packaging weights by a further 15% and increase its carrier bag reduction target to 75%.

9 years ago - With Easter just around the corner, The Rainforest Foundation has teamed up with Ethical Consumer magazine to release a ranking of more than 70 UK chocolate brands to encourage companies to use more sustainably sourced palm oil. 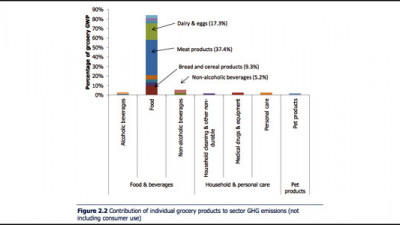 9 years ago - The Co-operative Group, Nestlé and Sainsbury’s say they will improve the sustainability performance of some of their products in response to research from the Product Sustainability Forum.The study, published by the Waste and Resources Action Program (WRAP), analyzed 50 grocery products with the biggest environmental impact and found that together they contribute between 21 and 33 percent of household greenhouse gas (GHG) emissions. Some of the products include such staples as bread, potatoes, bananas and milk.