Researchers have developed a new chemical method applied to a byproduct of cashew nuts that could make it easier to trap tsetse flies and open new revenue streams for nut producers in sub-Saharan Africa, according to a new report.

The technology could offer a sustainable and more affordable way to make two tsetse fly-attractant chemicals—3-ethylphenol and 3-propylphenol. The cashew nut liquid byproduct contains the chemical cardanol, which can be used to make an attractant that can be coated on a plastic sheet along with an ordinary insecticide. The attractant lures the insects to the sheet where they are poisoned. Many common odor attractants such as buffalo urine are prohibitively expensive and not widely available in large quantities.

Better yet, cashew nut producers generate more than 300,000 tons of this waste product every year, which means African countries could produce the chemicals locally.

The tsetse fly infects up to 75,000 people with trypanosomiasis, which is fatal if untreated, and causes more than $4 billion in agricultural income losses. The fly also kills 3 million livestock each year in Africa.

Cashew nut production is common in sub-Saharan Africa including Côte d’Ivoire, Nigeria and Tanzania. Guinea Bissau, the second largest producer in Africa, produces 90,000 tons, and nearly all the production is exported to India for processing.

Last year, PepsiCo announced it will begin incorporating cashew juice into its blended juice products as part of partnership with the Clinton Foundation, which aims to encourage sustainable agriculture and improve the livelihoods of smallholder farmers in Maharashtra, India. The initiative will apply modern agricultural techniques to improve cashew farming practices, boost yield and productivity, and increase income for local smallholder farmers. It will also scale up and strengthen India’s cashew supply chain to build the future potential of a domestic and export market. 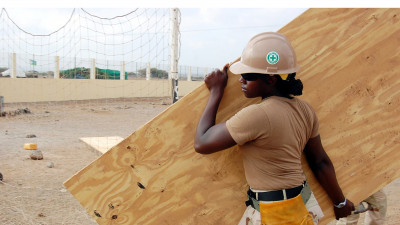