New Metrics
From Invisible to Impact:
Value in the Personal Data Economy

John Havens
Published 8 years ago. About a 7 minute read.

There’s been a lot of talk about the power of Big Data in our modern digital economy. But tech experts will be the first to tell you “Big Data” is a marketing term, not a magic bullet. While it’s important to know how to best aggregate and make sense of the massive amounts of information available about your customers, there’s a more critical point you need to address right away about the nature of people’s data:

Data vaults or lockers allow average Internet users to place all their PII (personally identifiable information), or most secure data, into one central digital repository. Whereas the Internet Economy has been built largely on a “freemium” model, where users give away their data in exchange for use of services from sites like Facebook or Amazon, people are now getting leery of data brokers or other unknown parties benefitting financially from the use of their personal information they often can’t even access.

Data lockers will soon become as common as anti-virus software, and adoption will be spurred by the releasing of patient data already happening due to the Affordable Care Act. UnitedHealthcare’s Blue Button initiative is already allowing nearly twenty six million of its enrollees to have access to their PHR’s (Personal Healthcare Records) with a simple click. When the general public begins to realize the value of personal data, they’ll reverse their cavalier attitudes towards giving away information, and organizations will have only two choices regarding this trend:

Profits from the Personal

While it may seem risky to encourage users to adopt their own data lockers, it’s actually a practice that will demonstrate you value your customer’s identity and safety above all else. Educating customers around these issues will provide a massive opportunity to increase trust, the foundational form of currency that will ensure your business will survive. The organizations that choose to lead this charge around transparency will be providing a huge service to users who have not yet understood the nuances of how data is collected and shared. The Open Mustard Seed Project, an open data platform enabling people to share their personal data within a trust framework, is a form of a data locker or personal data cloud created by non-profit ID3 in Boston. In a section on their wiki entitled, Reinventing Big Data, the creators of Open Mustard Seed point out why building this trust is so important for users in our current digital economy:

Users have not had an easy or reliable means to express their preferences for how their personal data may be accessed and used, especially when one context (a bank) differs so much from another (a healthcare provider) and still others (family and friends). A user may not know with whom they are really transacting, nor can they readily verify that their privacy preferences are actually respected and enforced.

Until users have a sense of how their data is being used and by whom, trust will remain murky. But once these lockers are widespread, organizations can deal with customers on a one-to-one basis. Intimacy, trust, and personalization opportunities will increase a hundredfold by eliminating the middle-man layer of the data broker. In this regard, a literal Personal Data Economy will begin to flourish, where accessing customer data will actually increase once locker use becomes widespread. As Joshua Brustein noted in his New York Times article, Start-Ups Seek to Help Users Put a Price on Their Personal Data:

(With the personal data locker), people keep a single account with information about themselves. Businesses would pay for this data because it allows them to offer personalized products and advertising. Proponents of personal data lockers do not see them simply as a solution to privacy concerns. Rather, they hope that people will share even more data if there is a market for them to benefit from it.

This is exciting news. By encouraging customers to secure their data, organizations are also creating the evolved marketplaces that will increase their own bottom line in the process. The Personal Data Economy will not only liberate people’s data to be utilized for greater insights, it will allow them to directly benefit from monetization opportunities savvy organizations will provide.

The “Common Wealth Pilot” in Somerville and New Bedford, Massachusetts

The H(app)athon Project is a non-profit organization utilizing this data locker mentality to help citizens in Somerville and New Bedford, Massachusetts track their actions and well-being for a one-month period via surveys and mobile sensor technology. By measuring people’s active data (their responses to questions sent twice a day via mobile prompts like text messages) and their passive data (information from sensors on their phones captured automatically), these governments and their citizens will be able to gauge how various public initiatives are directly affecting people’s well being.

The technical specifics of the eight-month “Common Wealth Pilot” are described in the Fast Company article, A City-Wide Quest for Happiness, Powered by Sensors and Data: “The (cities) will pilot-test H(app)athon's app, which combines survey questions about well-being with data collected automatically by phone.” The H(app)athon Project has also partnered with ID3 to use their Open Mustard Seed Platform as the Pilot’s Data Locker solution. This means that citizens volunteering to take H(app)athon’s Survey are allowing their data to be used in our work with Somerville and New Bedford as a form of transparent civic engagement.

The Impact Opportunities for H(app)y Data

I bring up our work with H(app)athon as a way to demonstrate two broad opportunities for forward-thinking companies to embrace, especially regarding sustainability. First is that promoting data lockers inspires trust, an intangible yet critical aspect of any company’s ongoing success. Advocating locker usage also can inspire marketing benefits. In a recent piece on Gigaom, Privacy as the next green movement? Study says companies will compete on data practices, author Jeff John Roberts comments on a Forrester report relating consumer’s growing concerns with occluded data practices:

The research firm also argues that “misuse and abuse of data will impact profitability” as a result of fines and lost consumer trust. In presenting the study, analyst Fatemeh Khatibloo told reporters that privacy is “the next green movement.” In a series of recommendations, Forrester argues that companies should respond by “stress-testing” their data operations, and turn privacy policies into a marketing opportunity.

Obviously the marketing opportunity only exists when companies genuinely want to teach consumers about their data and how to utilize it in an informed way. But the conversation doesn’t have to end with “you should use a data locker.” You can educate customers on how their identity is already valuable, and ways they could monetize their actions if they wanted and only when they’ve got a locker solution to manage their data.

In our case, the aggregated and anonymized data collected as part of our work for the H(app)athon Project will be available for other researchers to start to understand how data relating to passive sensor collection reflects people’s emotions and behaviors in relation to their communities. While we aren’t trying to create a new index like Bhutan’s Gross National Happiness, we do want to start recognizing patterns that relate to larger pictures of economic well-being rather than just GDP. In this sense, we believe metrics created from on-the-ground research will add some much needed pragmatic data to the field of happiness indicators and metrics.

Whatever metric you’re focused on, and whatever the industry, now is the time to act to earn your customer’s trust so you will increase mutual economic and trust benefits. Otherwise, they’re going to lock up their identity and you won’t get a key to their vault, which has remained open for far too long. 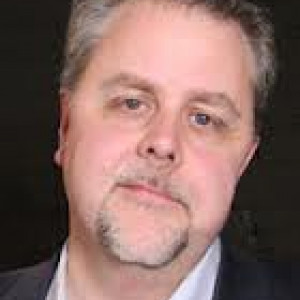