Malaika Thorne is tagged in 13 stories. 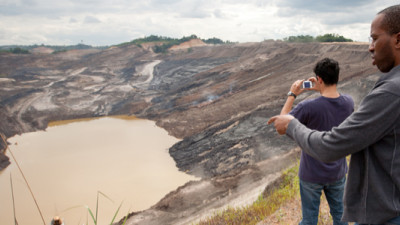 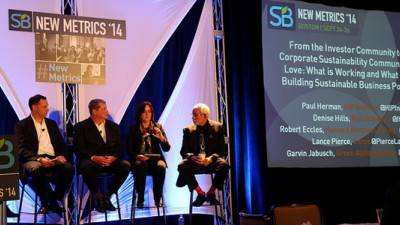 New Metrics / Socially Responsible Investing (SRI) is a growing force in markets across the world. According to the US SIF Foundation, the responsible investing market in the US increased 486 percent while the broader US market of professionally managed assets grew 376 percent between 1995 and 2012. SRI investments are generally demand-side driven. More and more investors are looking for vehicles that are aligned with their values and priorities. In 2014, the total Assets Under Management (AUM) of the 1,278 signatories of the UN Principles for Responsible Investment (PRI), which include asset owners, investment managers and professional service partners, totaled $45 trillion. The SRI niche is not going away. - 8 years ago

Press Release / Women seek to make all business sectors more “female friendly”New MIT Sloan students at orientation in August&nbsp;They comprise the highest ever female percentage of an entering MBA class at MIT Sloan, but some of the women now beginning their studies hope to reshape gender lines far beyond their Cambridge campus. - 8 years ago

Press Release / Study: Cutting emissions pays for itselfSavings from healthier air can make up for some or all of the cost of carbon-reduction policies. - 8 years ago

Press Release / Getting away from the cult of motherhood: Why paternity leave is so important — Lotte Bailyn&nbsp;Sports radio isn’t a typical venue for impassioned debate on work-family issues and employment policy. But recently when Daniel Murphy&nbsp;took three days off&nbsp;from his job as second baseman for the New York Mets to be with his wife as she delivered their newborn son, it became just that. Two WFAN broadcasters — Mike Francesa and Boomer Esiason — took to the airwaves to rebuke Murphy’s absence. - 8 years ago

Press Release / Online voting open in 18 contests addressing climate changeVoting is open in the fourth annual Climate CoLab contests, a series of crowdsourced competitions addressing specific aspects of climate change. The contests rely on the power of collective intelligence, inviting and including ideas from all corners of the world to address global climate change. - 8 years ago

Press Release / Meet Ricky Ashenfelter of Spoiler Alert, Runner-Up for the CommonBond Social Impact AwardThis year marked the first-ever CommonBond Social Impact Award for the country’s top MBA social entrepreneur, for which we received over 600 nominations in just a week. Among them was MIT Sloan MBA 2015 Ricky Ashenfelter, Co-Founder of Spoiler Alert and the CommonBond’s First Runner Up. Below, Ricky shares his story and describes the impact on food waste that Spoiler Alert is hoping to achieve.&nbsp;How has your background lent itself to your goals for business school and for Spoiler Alert? - 8 years ago

Press Release / Think of a city as a complex organism powered by human activities and consumption. John E. Fernández, associate professor in the Department of Architecture, wants to understand how the urban metabolism works—what it needs in terms of energy, materials, and water to sustain the work and lives of its residents, and what gets discarded as waste. “When we speak of a healthy city,” says Fernández, “we are really focusing on whether it strikes a balance between economic growth and resource efficiency.” - 8 years ago