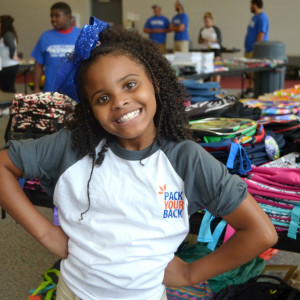 11-year-old activist, philanthropist, and “future president” Mari Copeny is on the front lines helping kids to embrace their power through equal opportunity. When the Flint Water Crisis began in Flint instead of feeling helpless Mari decided to use her voice to help out her community and to fight for the kids in Flint and she has not stopped since.

Since her 2016 letter to President Obama, convincing him to come observe Flint Michigan’s water crisis, Mari aka “Little Miss Flint” has helped to bring in $350K+ for children through active fundraising and advocacy on her social networks. In 2018, Mari raised funds to screen Black Panther to hundreds of underprivileged kids, helping to provide over 750,000 bottles of water for the Flint and giving out over 15,000 fully stuffed backpacks. Her Dear Flint Kids campaign has received over 7,000 letters of positive encouragement for kids in Flint to know the world still cares. As an activist just getting started, Mari offers a “we vote next” future-looking declaration to the world, “I’m 11. My generation will fix this mess of a government. Watch us.”