Kellogg is the food industry’s original wellbeing company and nearly a century ago, made a bold and innovative move to become one of the first food companies to hire a dietitian.

In 1923, the company hired Registered Dietitian Mary E. Barber, to establish one of the industry’s first professional home economics departments. Barber developed recipes using Kellogg’s cereals, and began a company tradition of providing consumers with the latest information about diet and nutrition.

Prior to joining Kellogg, Mary was a faculty member at Columbia University, where she graduated with specialization in physiological chemistry, nutrition and household appliances. She also led Columbia’s food research work.

Mary hit the ground running when she arrived in Battle Creek – Kellogg’s hometown – developing an entirely new department to educate and advocate for the positive health benefits of Kellogg’s foods, particularly the original Bran cereal.

Barber’s sphere of influence spread well beyond the walls of Kellogg’s headquarters during her 25 years at the company:

Today, our W.K. Kellogg Institute for Food and Nutrition is home to some of the most devoted minds in nutrition, digestive wellness and food science. Whether it’s improving existing products or introducing new foods such as our Hi! Happy Inside digestive wellness products, Kellogg remains committed to anticipating consumer needs and preferences and nourishing families so they can flourish and thrive. 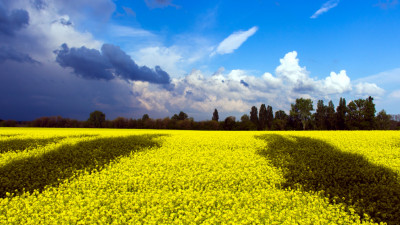 WALKING THE TALK
The Sustainable Brands Network, Ukraine & the Power of Community