New Metrics
Beyond the SEC and Disclosure:
Why Materiality Matters

Perry Goldschein
Published 6 years ago. About a 7 minute read.

This clearly has to change – and quickly. Various stakeholders, including shareholders, are increasingly demanding greater identification and disclosure of material sustainability issues. They have become ever more aware of the opportunities, as well as the risks, of these matters.

Beyond reporting, corporate sustainability efforts depend on identifying and executing on material issues. Selecting the right sustainability metrics is vital. It can, and does, lead to outperformance. For example, Harvard Business School’s 2015 study, Corporate Sustainability: First Evidence on Materiality, demonstrated the significant, positive correlation between sustainability and financial performance when differentiating between material and immaterial sustainability issues.

In the U.S., the Securities and Exchange Commission (SEC) requires and the Supreme Court defines the reporting of what is material in traditional, financial contexts for publicly traded companies. With the exception of some mandates on climate change and conflict minerals, SEC regulation and guidance are largely absent of sustainability disclosures. This has been the case in other countries, as well, but has begun changing – with some countries even mandating sustainability reporting.

For now, in the U.S., the reporting on sustainability measures remains largely voluntary, for public and private companies alike. Reporting has, however, become increasingly critical for satisfying stakeholders, managing risk, and identifying opportunity. Companies that get it right and focus their operations on what matters – surely the essence of materiality – have a competitive advantage. By contrast, companies that fail to adequately identify important, non-financial issues as material face mounting risks.

Coal companies are veritable poster children to illustrate materiality gone wrong. They rarely — and only grudgingly — described risks to their business model as material. Their failure to report material non-financial issues, and to execute on those risks, has led to a rash of bankruptcies, and an epic loss of value for many stakeholders. This cautionary tale has lessons for other industries as well. For example, the SEC recently ruled that ExxonMobil must allow its shareholders to vote on a climate risk resolution. The SEC is signaling that business risks due to climate change must be considered material risk for the oil industry.

In an attempt to add clarity on the different interpretations of materiality, eight leaders in corporate reporting, including those above, and the Financial Accounting Standards Board, recently published a brief comparison of materiality definitions and approaches. While the emphases differ, all “share a mutual interest in clarifying reporting concepts,” according to their statement.

However, it remains complicated when multiple stakeholders with differing agendas, timeframes, and concerns are layered in. No wonder companies look for guidance in addressing the major initiatives:

Which of the frameworks is material for your business?

Each of the frameworks contains valuable tools for U.S. companies that fully understand the value of sustainability to their business. They each evolved at different times, to address different needs. Each can be used to address risk and maximize opportunities.

A full evaluation of the different frameworks and their application to different types of organizations could fill a book. Importantly, the distinction made by some between financial and nonfinancial use of materiality in reporting may not be a useful dichotomy. Rather, as the IIRC elaborates, the spectrum of creating “value in the short, medium or long term” may be the better perspective. This perspective more clearly aligns what is otherwise labeled financial and nonfinancial materiality – the longer the term considered, the more fully aligned it becomes.

For large, publicly traded companies, it makes sense to map the different indicators from across these frameworks – especially for the sectors in which they operate. This process could be done in a way similar to that demonstrated on the SDG Compass website. Mapping can help companies maximize the benefit of materiality analyses, and position themselves for future regulatory and policy changes. This may help set context and scope for engaging stakeholders. An earlier, yet still useful suggested approach, the “spider’s web,” is also provided on Greenbiz. A more recent, common-sense reminder can be found here on Environmental Leader.

All publicly traded U.S. companies should move toward integrated disclosure, even if continuing to communicate sustainability information separately (report or otherwise). Advocacy efforts may lead to clearer interpretation of existing SEC rules, including greater application of materiality specifically to sustainability issues. Integrated disclosure will reduce the risk that companies will be found in violation of SEC rules and/or be required to scramble more quickly at greater expense later to comply with new rules or clarifications.

All companies, including privately owned, should also use materiality to focus their strategy and efforts to greater effect, not just to check reporting boxes. Such value is clear in many ways, including:

This article was originally published on Triple Pundit on April 14, 2016. 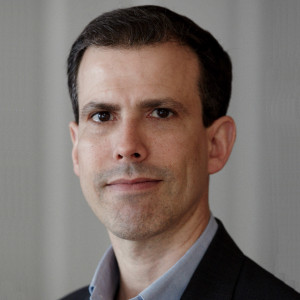