Published 3 years ago. About a 2 minute read.

The famed central strip of Las Vegas has often been called the ‘brightest spot on earth’ because of its powerful neon lights. However, the city has been working to reduce its environmental footprint, with many of the neon lights being replaced by LED screens, and its hotels and casinos increasingly adopting sustainable solutions to improve their energy and water use efficiency.

Caesars Entertainment, one of the city’s largest gaming businesses, has revamped its commitment to sustainability, and aligned its targets to eight of the 17 U.N. Sustainable Development Goals (SDGs). The company has highlighted its “CodeGreen” environmental performance in its latest corporate sustainability report.

Since its launch of the CodeGreen program in 2007, Caesars has achieved a reduction of 28 percent in emissions per air-conditioned 1,000 square feet. During the same period, the company has also reduced its energy consumption by 23 percent. The company is closing in on its 30 percent reduction target for 2020, which increases to 40 percent by 2025.

Caesars has cut down its water use by 20 percent, hitting its 2020 goal ahead of time. It has a 25 percent reduction target for 2025. The total waste diverted from landfill has been reduced by 38 percent, and the waste target for 2025 sits at 60 percent.

Join the Illinois Soybean Association and a panel of experts for a deep dive into the benefits of biodiesel, and how public and private organizations have adopted this cleaner-burning fuel in their transportation operations; during this free SB webinar — Thursday, 27 August 2020, at 1pm EDT.

According to Eric Dominguez, Caesars Entertainment’s VP for facilities, engineering and sustainability, the company set a course in 2015 to replace every light source with high-efficacy LED bulbs. It embarked on a program to increase central plant operating efficiencies, and implemented a new standard for network integrated guest-room occupancy controls.

The company has also made significant progress in the area of corporate transparency. It is one of the 75 organizations that invite suppliers to disclose emissions as part of the CDP initiative. In 2015, Caesars scored 100/100 on the CDP’s Climate Disclosure Score.

The CodeGreen initiative, which saves more than $50 million annually through reduced utility costs, will also be tailored to the new science-based carbon reduction goals – a partnership between CDP, UN Global Compact, WRI and WWF, which helps corporations determine how much they must cut emissions to prevent the worst impacts of climate change. 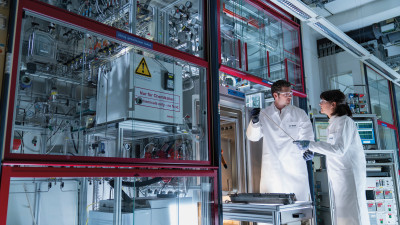