Sophia Mendelsohn
Published 5 years ago. About a 3 minute read.

As companies, including JetBlue, join the growing chorus of businesses calling for climate change action at the Paris Climate Conference (COP21), the real story is much bigger than the details of what each company pledges to change or which brands joined which pledge. (There is the American Business Act on Climate Pledge, the finance industry’s Breakthrough Energy Coalition, the oil and gas initiative, and many other options on the table). The real story is how in the past few years alone, the voice of business has changed the outdated and long-stale paradigm of economy vs. the environment. This has now changed to the point where denying climate change’s real impact is no longer politically correct.

JetBlue and the 154 other businesses that have signed the Act on Climate Pledge represent operations in all 50 states, employ nearly 11 million people, have more than $4.2 trillion in annual revenue and a combined market capitalization of more than $7 trillion. When communicating their concern about climate change, the CEOs of these companies did not reference drowning polar bears or even personal epiphanies from holding their newborn grandchildren (both often used and valid reasons to act on climate). They decided to talk about what their businesses stand to lose – in jobs, revenue and growth – from the unpredictability brought by both climate change and the lack of policies addressing it.

This welcome shift means that businesses, which were not already inclined, must now shift models around natural resource consumption, making climate change ambivalence increasing awkward. This also means that the science highlights the human causes of climate change, and now so do the dollars.

Business is pointing towards the need for clear and decisive individual and industry climate commitments, much like the aviation industries’ 2020 carbon-neutral growth pledge. And for our part, JetBlue has announced its intention of making a public biofuels commitment in 2017 and an additional investment over the next two years of $30 million for capabilities in data and long-range, satellite-based communications to improve flying efficiency. Over time, JetBlue will gradually shift its impact-immunization from purchasing carbon offsets to carbon reduction through airplane technology, and eventually carbon avoidance from biofuels in engines and electric vehicles on the ground.

Many companies, like JetBlue, are both keenly aware of their need for new low-carbon technologies while still being temporarily and simultaneously tied to existing infrastructure. These companies will take at least two critical steps to deal with this state of change. One, they have and will make pledges for extreme changes by 2020, 2025, and 2050. Two, they will continue to speak out about the business of climate change such that those ignoring climate change will raise investors’ eyebrows.

Denying climate change has been scientifically incorrect for decades. In the boardroom, will it now also be socially incorrect? 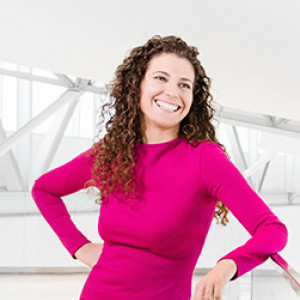 Sophia Mendelsohn is currently the Head of Sustainability at JetBlue Airways, where she is shaping policies and practices that enhance JetBlue’s competitive advantage and reduce environmental impact.