Stakeholder Trends and Insights
Welcome to the New Green Giants

Freya Williams
Published 6 years ago. About a 4 minute read.

What’s the business case for sustainability? A BILLION DOLLARS.

That’s what my book, Green Giants: How Smart Companies Turn Sustainability Into Billion-Dollar Businesses, published in August 2015, set out to prove. The book profiled nine companies that have succeeded in generating a billion dollars or more in annual revenue from products or services with sustainability or social good at their core. It also identified the Six Common Factors that account for the Green Giants’ uncommon success.

Well, over the past 10 months I’ve been contacted by people all over the world drawing my attention to additional Giants that could have been added to the original list, or that reached the Billion-dollar benchmark in the interim. It felt like time for an update.

So today, during my plenary session at SB’16 San Diego, I’m pleased to welcome eight more Green Giants to the fold (and there are more to come later this year). Like the initial nine, they span sectors - although there’s a stronger retail showing in this crop, and consumer goods play a major role. This list also favors the US market. And fascinatingly, two of the eight are co-ops – an extraordinary argument for this centuries-old business idea.

These eight companies help further strengthen the business case and prove again that increasingly, sustainability is not just where you spend, give or save money; it’s how you make it.

Here are the eight new Giants:

They join the original nine Green Giants: Tesla, Unilever, Toyota, Nike, GE, IKEA, Whole Foods, Natura and Chipotle. Together, the new Green Giant lines of business generate in excess of a collective $24B a year in sales/revenue for their parent companies annually, bringing the total Green Giants annual revenue to over $150B. And there are more to come that I’ll be announcing later this year.

The new Green Giants provide proof that the momentum is growing, and the pace of change accelerating.

So, two thoughts for you: Next time you’re setting a sustainability target, consider setting a revenue target: A BILLION-DOLLAR REVENUE TARGET.

And second: It’s time to get started. IT’S TIME TO GO BUILD THE NEXT GREEN GIANT - before your competitor does. 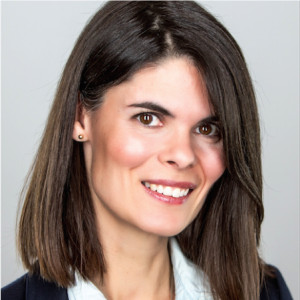 Freya Williams is the CEO of Futerra North America and author of Green Giants: How Smart Companies Turn Sustainability into Billion Dollar Businesses.