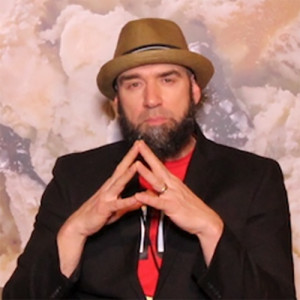 Beginning in 1988, Sean has first-hand experience of the triumphs and tribulations over his three decades plus with Ben & Jerry’s. His title - Grand Poobah of PR - has been earned one scoop at a time. Along the way he has taken a serious interest in sharing the Ben & Jerry’s story and mission, namely, that businesses can thrive when they lead with their values and consider more than simply making a profit.

In his PR position, Sean has created programs, flavors, and managed relationships working with the likes of Sir Elton John, the band FUN, Ziggy Marley, Stephen Colbert, Nike, and more. Sean provided communication strategy for the company’s global climate “Save Our Swirled” initiative and the Democracy is In Your Hands campaign highlighting systemic racism, implicit bias and voter suppression featuring a flavor called “EmpowerMint.” The same campaign led to the company’s support for the Black Lives Matter movement. Sean quarterbacked the launch of The Tonight Dough starring Jimmy Fallon on the Tonight Show. In early 2020 he co-hosted – alongside comedienne Michelle Buteau - the launch event for Ben & Jerry’s new partnership and flavor with Netflix, called “Netflix & Chilll’d.” He led media communications for the company’s “We Must Dismantle White Supremacy” statement in response to George Floyd’s murder. Most recently he led the launch of the 7-flavor ganache Topped line and worked with Fallon and Colbert on launching Non-Dairy, vegan certified versions of their top 10 flavors. In his Poobah work Sean serves as Director of Public Relations and Communications at Ben & Jerry’s headquarters in Vermont consistently resulting in billions of annual earned impressions. The Gonzaga Master’s graduate often can be found loafing near the Research & Development lab volunteering as a taste tester, all the while, enjoying the company benefit of three free pints of ice cream per day. His favorite flavor is Cherry Garcia.