Bob Kerr
Published 8 years ago. About a 5 minute read.

The states of Washington and California are breaking new ground by providing consumers with information on potentially harmful chemicals in the products they buy and use on a daily basis. Washington’s focus is on products meant for children; California’s law spotlights cosmetics.

Both states require companies to submit information on specific known or suspected carcinogens, reproductive toxins and developmental toxins; Washington specifically adds endocrine disruptors. They’ve published the resulting databases on their state websites — with much of the information previously unavailable.

Why did Washington and California take these initiatives, and why are other states now considering following the same path? Major motivations include the rapidly expanding amount of scientific information available on chemical hazards and health impacts, the growing understanding of the ubiquitous presence of many of these chemicals in our environment and our bodies, and increasing consumer pressure for safer products.

Not a Pretty Picture

The data Washington and California have gathered from companies and reported on their websites already provides a wealth of information for consumers about potential threats:

For children’s toys, clothing, footwear, bibs, etc., having a comprehensive database of hazardous chemicals in specific products is entirely new. But what about cosmetics? While Food and Drug Administration (FDA) regulations require listing of cosmetic ingredients, they exempt fragrances. In order to protect the secrets of their scents, companies may simply specify ‘fragrances’ on the label rather than listing the fragrance’s ingredients.

So what can consumers learn from looking at California’s database that isn’t already clear from the product labels?

First, while the California regulations require companies to report the presence in cosmetics of any of the toxic chemicals, when including those in fragrances that are on the state’s list, companies may claim trade secrecy to avoid listing a specific fragrance ingredient. The California database includes the product and lists the ingredient as “trade secret” with the following comment:

If "trade secret" is listed as an ingredient for a product on this website, it means that one or more ingredients have been reported as a known or suspected carcinogen or reproductive/developmental toxin, but that the reporting company has elected to designate the information as "trade secret."

California’s database lists 1,456 products from 22 companies with such “trade secret” ingredients. While not exactly transparent, this still provides consumers with otherwise unavailable hazard information — and perhaps a sense of unease that may lead to demands for safer alternatives.

Second, the lists of ingredients on many cosmetic products are hard to interpret. By listing only those chemicals in the product that meet specific toxicity concerns, and providing information on the chemical’s relevant hazard, the California database provides consumers with more usable information.

These state initiatives aren’t the only databases providing greater transparency on chemical ingredients in consumer products. Other organizations have also been working to educate consumers on potential hazards. One prominent example is Skin Deep, a publicly available database on chemical ingredients in cosmetics created by the Environmental Working Group. But Washington and California have raised the visibility and credibility of this information for many consumers, with transparent decisions on which chemical hazards to include in their programs based on established governmental and international lists of health hazards.

While the lists provide important information for consumers, both industry spokesmen and Washington Department of Ecology scientists agree that the mere presence of a toxic chemical in a product does not mean that it poses any danger. Both the concentrations and bioavailability of the ingredients are essential considerations. But in addition to aiding consumers, these databases may help spur additional research. Cobalt, for example, is the most frequently reported chemical in the Washington database. A scientist who researches chemical effects on brain development commented: “I do not think I have ever seen a study on its potential toxicity in children — or adults. If it is a common exposure and it is bioavailable, then it should be looked at.”

Many major companies, rather than debating the extent to which chemical risks are acceptable, have led the way in developing alternatives. Johnson & Johnson, for example, has just announced the release of a reformulated baby shampoo that eliminates 1,4-dioxane and chemicals that create formaldehyde. In addition, J&J plans to reformulate other products to move away from phthalates, parabens and triclosan by the end of 2015. P&G is in the process of eliminating phthalates, phosphates and triclosan from all of its products this year. And major retailers Walmart and Target have also announced plans to reduce or eliminate many chemicals of concern from the products they sell. Some of the world’s strongest companies are shifting to a new paradigm that recognizes and embraces consumers’ concerns about the safety of the products they use.

Washington and California have made major contributions to the new age of chemical transparency with an approach that provides basic information to consumers, giving them the opportunity to make safer choices for themselves and their families. In doing so, they have also shifted the ground rules on transparency for chemical ingredients in consumer products, and provided a basis for broader consumer-education initiatives in the future. Even in as technically complex an area as chemical hazards, knowledge is power. Armed with this knowledge, consumers are likely to demand yet more information and — the ultimate goal here — safer ingredients. 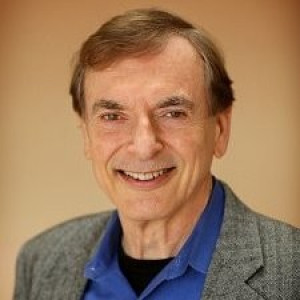 Bob Kerr works with companies and public agencies to promote environmental and social sustainability — including initiatives on sustainability strategy, sustainable chemical programs, and climate strategy. His projects have included support for brands and retailers in building safer-chemicals programs for consumer products, an OSHA training program on reduction of hazardous chemicals in workplaces and assisting companies in using Chemical Footprint Project tools to guide and assess progress in sustainable chemistry.