Red Hare craft beer packaged exclusively in cans made of Novelis' evercan aluminum sheet – made of a minimum 90 percent recycled content – is expected to be on store shelves beginning in May 2014 in key markets throughout the southeastern US.

Red Hare Brewing Company selected Novelis’ evercan aluminum as part of its commitment to reduce the company's environmental footprint. Red Hare was the first craft brewery in Georgia to package its products in aluminum cans, following a trend in the micro-brewery industry to move from bottles to cans as a way to expand distribution and appeal to on-the-go consumers. Nearly 400 craft brewers in almost every state in the U.S. are canning more than 1,300 different beers.

The company's efforts to increase the recycling of beverage cans is a key component of its strategy to dramatically increase the recycled content of its products across its global operations to 80 percent by 2020. Already the world's largest recycler of aluminum, Novelis has announced capital investments of approximately $500 million over the last two years that will double its global recycling capacity to 2.1 million metric tons by 2015. Recycling aluminum requires 95 percent less energy, and produces 95 percent fewer greenhouse gas emissions (GHGs), than manufacturing primary aluminum.

"Novelis' evercan is an excellent model for sustainability-based innovation, which will enable beverage brands and retailers to advance their own sustainable packaging goals," said Stuart L. Hart, S. J. Johnson Professor Emeritus in Sustainable Global Enterprise, Cornell University, founder of the Enterprise for a Sustainable World and author of Capitalism at the Crossroads. "This introduction also serves as an important catalyst to educate other brand holders and consumers about the value of closed-loop aluminum recycling and engage them to take action themselves."

In January, Carlsberg joined a group of global suppliers to develop the next generation of packaging products that are optimized for recycling and reuse, otherwise known as “upcycling.” The companies are using the Cradle to Cradle Design Framework®, created by professor Michael Braungart and EPEA Internationale Umweltforschung GmbH, to develop a roadmap and assessment of their products. 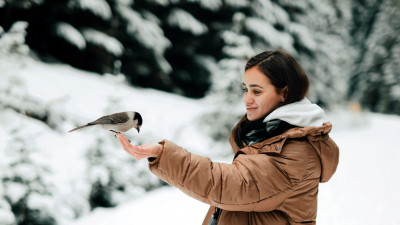