The tech giant and the automaker both announced progress this week in their respective attacks on plastic waste.

IBM researchers have created a new technology called VolCat, a catalytic chemical process that can turn PET — a type of plastic commonly used in food packaging and polyester clothing — into a renewable resource. The cost-effective innovation is capable of breathing new life into old plastic.

With more than 272 million metric tons of plastic currently produced each year (one-quarter of which is made up of PET), IBM Research’s VolCat chemical recycling process aims to use a precise combination of chemicals, heat and pressure to reduce this amount of plastic — and ultimately the amount of waste — produced. This could completely transform the way we discard and manufacture plastic in the next five years. 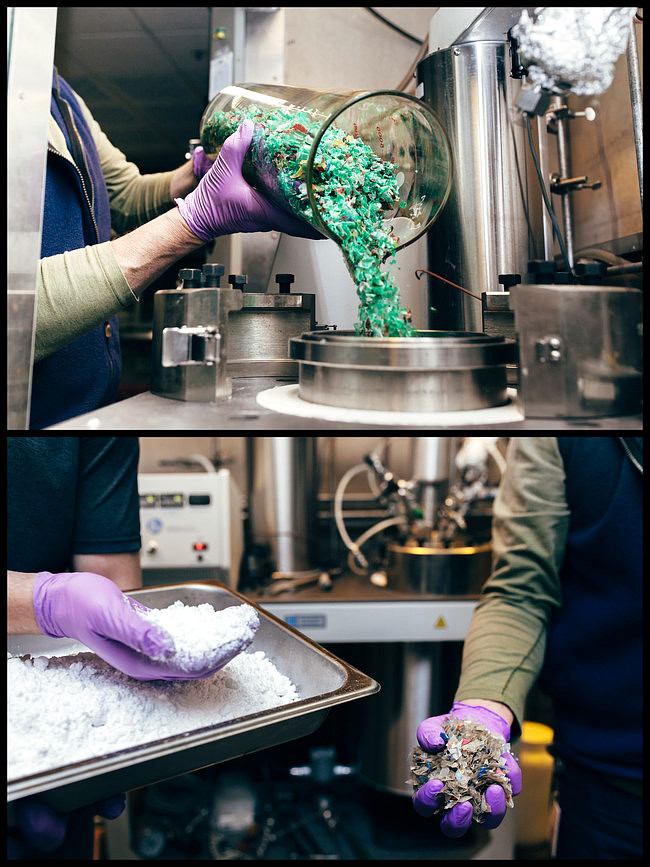 IBM Research’s VolCat chemical recycling process can make the most commonly used plastic polymer in the world, PET monomer (bottom left), out of mixed/dirty post-consumer waste (top photo). Unlike PET made from a mechanical recycling process, the VolCat-produced PET is 100 percent recyclable, giving it value far beyond its initial use and keeping our most common plastics in the recycling chain and out of the landfill. | Images credit: IBM

VolCat can make the most commonly used plastic polymer in the world, PET monomer (bottom left), out of mixed/dirty post-consumer waste (top photo). Unlike PET made from a mechanical recycling process, the VolCat-produced PET is 100 percent recyclable, giving it value far beyond its initial use and keeping our most common plastics in the recycling chain and out of the landfill.

“The catalyst finds the PET polymer and chews it up,” Bob Allen, senior manager of chemistry and materials at IBM Research, said in a statement. “You can visualize the polymer chains like a very long string of beads, and each bead is a monomer unit. This catalyst goes in, kind of like a molecular pair of scissors, and starts chopping it up very, very rapidly.”

The VolCat process is an alternative to traditional recycling, which usually involves sorting waste, washing it, separating out contaminants, chopping up the plastic and re-melting it, which creates lower-quality plastic that many companies often don’t want to use. IBM’s process is one example of a growing number of new methods for chemical recycling — such as BASF’s ChemCycling project, which uses thermochemical processes to break down plastics into syngas or oils that the company is now using to partially replace fossil-based inputs in its products. 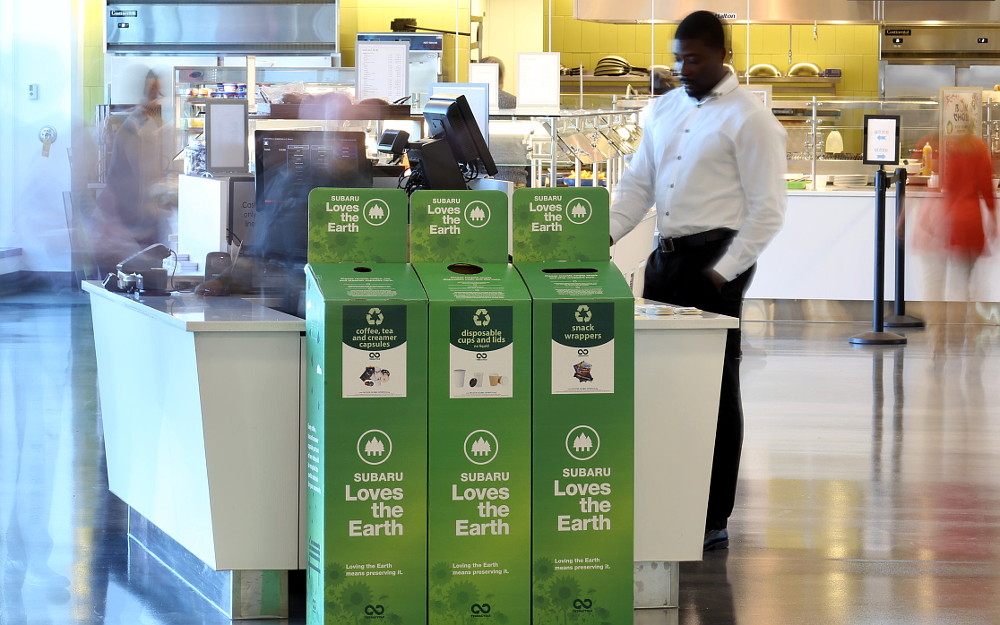 Meanwhile, Subaru of America, Inc. announced this week that its dealerships across the US have recycled one million pieces of waste through the ongoing Subaru Loves the Earth recycling program, created in partnership with TerraCycle, a leader in the collection and repurposing of complex waste streams.

"This milestone means a lot to us at Subaru because it reinforces our belief that loving the environment means more than loving the great outdoors," said Alan Bethke, SVP of Marketing at Subaru of America, Inc. "Through our partnership with TerraCycle, in less than a year, more than 540 participating Subaru retailers located across the country have recycled more than one million pieces of waste. This partnership allows Subaru owners and the communities that our retailers serve to actively participate in preserving the environment and making the world a better place."

Utilizing TerraCycle's Zero Waste Box™ platform, participating Subaru retailers encourage customers, employees and community partners to recycle waste streams that are commonly thought of as hard-to-recycle, including snack wrappers; disposable cups and lids; and coffee, tea and creamer capsules. In addition, Subaru encouraged customers to also collect these waste streams at their home or office and bringing them into a local participating Subaru retailer.

The collected waste is then turned into useful, recycled products such as park benches, picnic tables, and playground materials, and donated to Subaru community partners. Subaru retailers can also view, and order products made from the recycled materials through an exclusive Subaru product-line, produced in conjunction with TerraCycle.

"At TerraCycle, we are committed to ensuring that waste continues to be diverted away from landfills and local communities," said CEO Tom Szaky. "Subaru not only shares that commitment but has taken it to the next level by spearheading a program that collects and recycles waste that they don't manufacture. Subaru is a model for other companies that want to give back and preserve the environment."

The partnership with TerraCycle's Zero Waste Box™ program is part of the larger Subaru Loves the Earth initiative, which is dedicated to preserving the environment. The automaker's commitment to preservation is one part of the Subaru Love Promise.