Cleantech
Pond:
Using Algae to Turn CO2 to Our Many Advantages

The move towards a low-carbon future is often seen as a binary choice. On one side, shifting to a sustainable economy; on the other, the current state of business affairs and its varied interests.

The path forward is generally presented as a zero-sum proposition: one or the other. With so much at stake both commercially and environmentally, this adversarial juxtaposition often forces conversations and perspectives inward, rather than forward.

In reality, we will neither flip some easy switch to a carbon-free future, nor remain static in this fossil-fueled model. Change will happen — and as with most big things, it will likely be a process of collaboration and compromise, using existing structures and bold ideas to eventually arrive at something new.

Hungry for CO2 — the Pond story

CO2 is the most abundant byproduct of our industrial world. Expelled from our factories, our power plants, and our cars — it’s the biggest contributor to greenhouse gas emissions. Algae, like plants, live and grow via photosynthesis — in goes the CO2 and out comes oxygen. Algae may have a slimy reputation, floating in our lakes and swimming pools, but in the fight for a cleaner environment, they are turning into a powerful potential ally.

About a decade ago, there was a scientist who loved studying light. Wavelengths, spectra, frequencies — he couldn’t get enough. Then he discovered algae. They reacted well to his light experiments and loved to eat carbon dioxide (CO2). As he and some friends began to tinker with light and other growth conditions, the algae grew faster — more algae eating more CO2. And Pond was born.

With Pond’s system, emissions from smokestacks and other industrial facilities are redirected to large tanks, called bioreactors. The reactors are plug-and-play, container-size tanks that integrate easily with existing industrial facilities. The emissions are moved through the algae-filled reactors where Pond’s proprietary technology capitalizes on algae’s natural appetite for CO2. Conditions are optimized using lighting, sensors and computer algorithms, maximizing algae growth and CO2 conversion. Emissions are cleaned, oxygen is created and algae is grown — cleaning would-be pollutants before they have a chance to hit the atmosphere, all while using a natural low-footprint technology that provides potential new revenue streams.

One tonne of algae sequesters nearly two tonnes of CO2, the equivalent of not burning 4.5 barrels of oil. Algae produced from a large, 1M-litre facility could sequester 2,700 tonnes of CO2, the equivalent of taking 600 cars off the road for a year. Yet carbon capture is only half the story — it’s more about carbon recycling. The algae produced during the sequestration process can then be upgraded into value-added products with wide-ranging commercial and social benefits. Algae can be used to create green superfoods such as chlorella and spirulina, clean feed for farm animals and fish, natural cosmetics and food additives, and even biodegradable plastics. Algae is on its way to becoming a sustainable raw material and ingredient of the future.

Pond has developed a multi-leveled model that combats climate change, derives value from emissions, and produces a valuable, planet-friendly byproduct. If the future of the environment and the economy are inextricably linked, then sustainable and commercially viable options will be a crucial part of the way forward.

Having recently secured $7 million in project financing from Inventiv Capital Management, Pond has pilot sequestration installations underway in Ontario and has been granted patents in the US, Europe, China and the Gulf Region. Pond is also the commercial partner of the Canadian National Research Council’s $37 million Algae Carbon Conversion project, designed to reduce CO2 emissions from Canadian oil sands operations.

While Pond is at its core a technology company, it does have a wider, and ambitious, commercial vision. Animal feed, bioplastics, fertilizers, ingredients for cosmetics, food dyes, and a range of valuable nutraceuticals are among the many algae-derived all-natural products that can be produced from Pond’s bioreactors.

Aware of algae’s vast market potential, Pond has acquired two strategic players at various levels of the commercial chain: The company has acquired RFI Canada, the Canadian arm of a major natural food-ingredient supplier. With this leading distributor of spirulina and chlorella in the family, Pond now has a vertical

integration channel to move its high-end algae and related products. RFI Canada now operates under the Pond umbrella as Pond Naturals, and is a key player in the company’s commercial strategy. 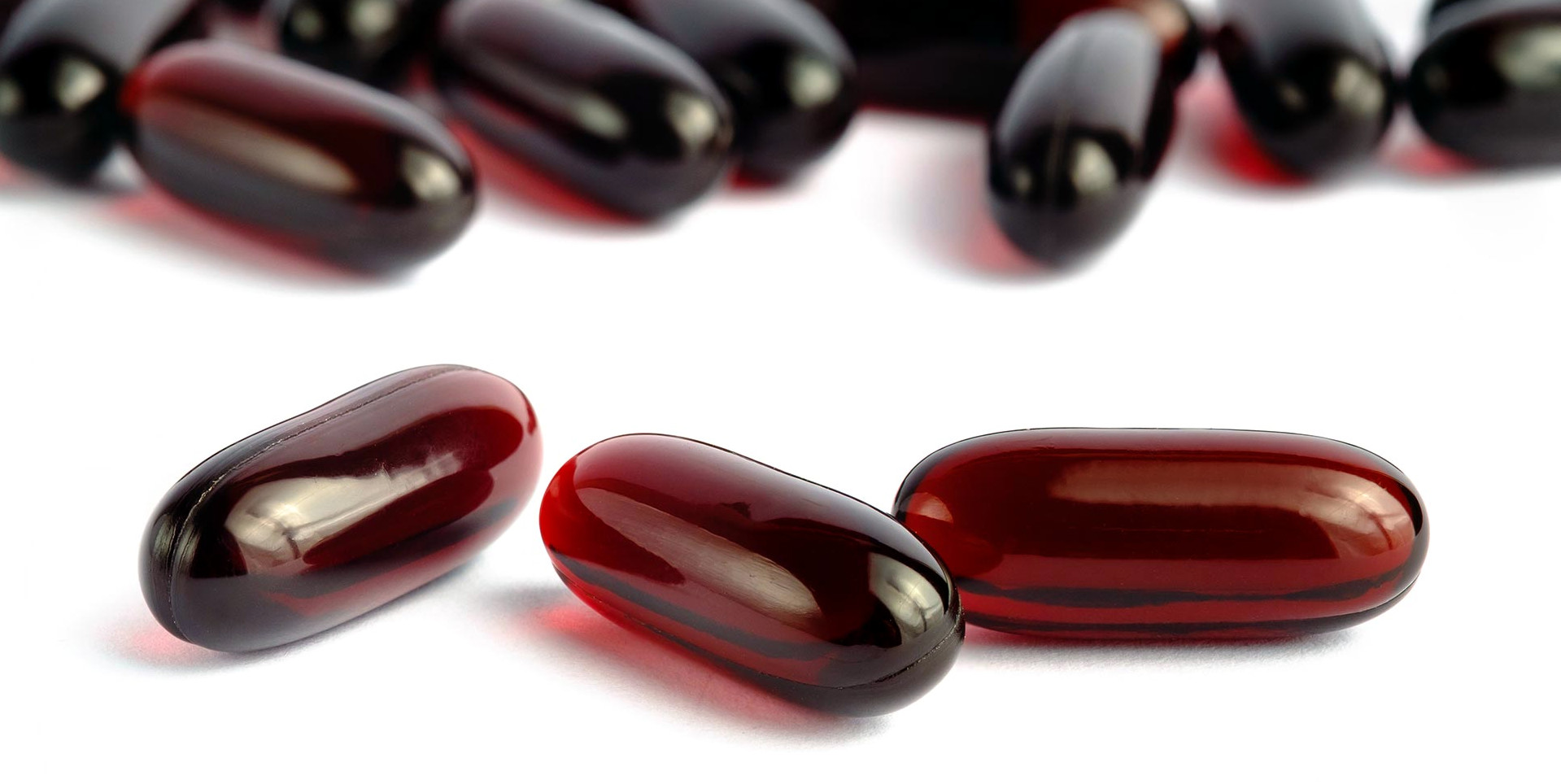 Pond (through Pond Naturals) has also joined forces with Regenurex Health. As Canada’s only commercial producer of Astaxanthin supplement pills — one of the most valuable algae-derived products and a rising star in the nutritional supplement industry — the acquisition of Regenurex is a significant move in building Pond Naturals into a vertically integrated manufacturer, distributor, and retailer of bulk and branded nutraceutical products.

By growing its own algae while owning the commercialization channels, Pond seems well-positioned to become a leader in cleantech and algae-based natural products.

Bridging the gap between business and the environment

The Paris Agreement, for example, has China committing to reach peak carbon emissions around 2030 — meaning that the world’s second-largest economy and largest polluter will likely continue its emissions growth for at least another decade.

India, currently producing greenhouse gases at a rate well below developed nations’ per capita output, has a vast population waiting to enter the currently fossil-fueled middle class. Some estimates have India’s CO2 output doubling by 2030. Furthermore, despite valiant efforts by some leading governments, a major study recently showed worldwide carbon emissions increasing by 2.7 percent in 2018.

The need for solutions that work with carbon-based emitters is, for now, a reality of existing infrastructure. Sustainable energy alternatives simply aren’t ready yet, not at the scale required. The Chinese example illustrates this well. China is currently leading the world in clean-energy development, with massive investments in solar and wind. Yet, despite this impressive shift towards renewables, the country’s CO2 emissions keep rising; China’s need for energy is growing faster than its ability to produce it sustainably.

While environmental concerns and moral imperatives can and should be the ethical drivers setting the course for business, an economy and its industries are slow-moving vessels that require a well-rounded argument to risk change. Commercial incentives must align or at least track in a similar direction. If not, untreated emissions will continue to play a perilous role in our energy portfolio.

If the sustainable economies of the future will indeed be built by a series of collaborative steps — a structural evolution that blends old and new — then integrated solutions such as Pond’s will help overcome the roadblocks towards a truly flourishing economy. 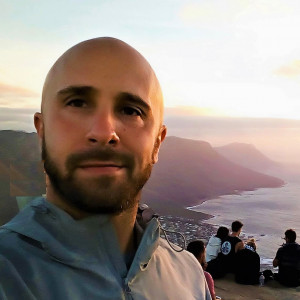 Jason Najum is a freelance writer and environmental advocate. A regular contributor to the Lonely Planet, HuffPost and other publications, his goal is to help push conversations forward and be part of projects that matter.