The Next Economy
Detroit:
Don't Just Fly In … Dig In.

Kerry Duggan
Published 6 years ago. About a 5 minute read.

I first witnessed Sustainable Brands descend on Detroit in April — flanked by Diego Rivera’s famous mural, Industry, at the Detroit Institute of Arts — when it announced that in 2017, the SB flagship conference would move from San Diego to Detroit.

Industry is a good reference point for anyone coming to Detroit for the first time, especially now — when only two years ago the city was in bankruptcy, and the DIA’s artwork was on the line. Industry is also a poignant reminder of Detroit’s storied past, especially when we take a critical eye to where it is now, and where it (and other cities around the globe, frankly) are going.

For me, it’s personal.

My great-grandfather, an immigrant from Ireland, was an entrepreneur “off the boat,” opening the Shamrock Pub in downtown Detroit. My grandfather was on the 1934 city champion basketball team, and later worked in the Wayne County courts (as did my father). My father first laid eyes on my mother at the Old Tiger’s Stadium while they both attended the University of Detroit. My family has been connected to Detroit’s auto industry, legal field, the police force, the energy sector, and has kept our roots in the entrepreneurial community. My master’s research focused on redevelopment in Detroit. I am a Detroit homeowner. And growing up, I heard about the glory days of Detroit — knowing, of course, that they weren’t glorious for everyone. When I think about the revitalization now underway, it seems understood that it must be sustainable, smart and resilient, and reach every corner of this vast city. And above all — it must be authentically Detroit.

In other words, redefining the good life in Detroit means opportunity for all and a strong sense of community. That starts with digging in.

At SB’16 San Diego in June, I asked the audience to imagine being a child growing up in Detroit where only two years ago, it was a city in darkness. As the rest of the country started coming out of the Great Recession, half of Detroit was literally dark — over half of the streetlights were not working, meaning kids walking home from school, senior citizens returning from the doctor, and people coming home from work walked the streets in darkness. Add to that a broken public transportation system, crippling a quarter of Detroit households that don't have a car (yes, even in the Motor City). Blight overtook neighborhoods, with entire streets of vacant and abandoned homes. Tens of thousands of structures needed to be taken down and ten of thousands headed toward blight.

Given the dire circumstances, President Obama dug in. He made a bold move, betting not only on the auto industry, but also on the City of Detroit. While you certainly read about the auto task force and the city’s subsequent recovery, you probably didn’t know that President Obama also tried a new approach to working with a city - he disrupted the old, top-down, outdated way of doing things by embedding federal staff in City Hall. I was one of them, working in true partnership alongside Mayor Duggan (no relation) and stakeholders across the city, providing capacity and technical assistance, co-creating solutions and unlocking resources. While the Mayor and local leaders focused on immediate needs, we looked for long-term opportunities for the city — or the long play, as the Vice President likes to say.

This January, my colleagues on the Detroit Federal Working Group and I beamed as we watched President Obama say, “Starting five years ago, I sent some of my top people across the federal government to help City Hall and ordinary citizens to spark that comeback here in the Motor City. So today you’ve got buses that are running again, streets that are well-lit again, new homes and businesses getting off the ground again. There’s still plenty of work to do, but you can feel the difference. You can feel something special happening in Detroit.”

I believe we are all in the business of crafting the good life for future generations.

Remember how I said it was personal?

When I advised Sustainable Brands, “don’t just fly in … dig in,” it was because quite literally my future generation (my son) traveled with me when the White House asked, starting when he was three months old. I approached the work as if it was my son who would be walking home from school in the dark, waiting for a bus, passing by blight and hoping for opportunity.

My son’s special time in Detroit opened my eyes to how important it is for Detroit’s youth to have opportunity, not just the basics like street lights, transportation and homes. As the President said, “a child's course in life should be determined not by the zip code she's born in but by the strength of her work ethic and the scope of her dreams.”

My charge to you is to dig in and raise your game as SB’17 moves to Detroit. Find partnerships. Create opportunities. Mentor entrepreneurs. Get to know the neighborhoods. The talent and passion in Detroit will impress you. That spirit, which you’ll undoubtedly feel in May of 2017, has been in Detroit since its origin. It is visible in the iconic mural Industry and it still present today. As Vice President Biden said last September, “Detroit is like its people — it’s resilient. It’s tough. And it’s defined by a work ethic that is unmatched by any place in the world.”

If you have any doubt about what is in it for you, keep in mind that Detroit taught us, the federal government, how to do our business better by untangling bureaucracy and providing a “one-government” approach. We learned to break down our federal silos and create better programs with impact on the ground. The opportunity is in Detroit, to learn — and be part of — a great American comeback story.

Join us in writing this chapter. 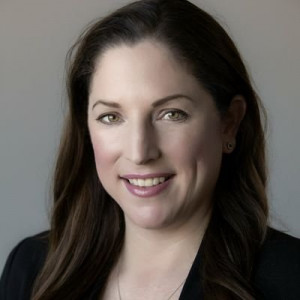