The Next Economy
Fool Me Twice:
Accepting the ‘Now Normal’

It is critical, for business and the planet, that humanity reset our approach to climate events. The future ‘new normal’ is already here. It may bring a new ‘new normal,’ and that will truly be epic — the first time. But we can't continue to approach such events like singularities sweeping in once each century. They are here. Now.

For eight months in the early 1940s, German planes rained heavy ordnance down on British cities. Day after day, air-raid sirens would wail in some urban district, whereupon the populace fled to air-raid shelters for safety.

The shelters were built because the authorities correctly forecast The Blitz and were in constant use because news services and public officials told the public such bombings were likely to be regular occurrences. Though those shelters have long been bricked up and the sirens sold for scrap, they are a reminder of the value of preparation and the importance of having proper information with which to plan.

Had the radios and newspapers of the land screamed, after the first major raid, that it had been “amazing, unprecedented, a hundred-year raid,” folks would probably have assumed no more were coming. Had they indicated the bombs had little effect, most likely the public would not have sought shelter during the next raid. The message, and the words used to convey it, were important.

This dichotomy has been playing out in various responses to the current pandemic. One group’s risk assessment was formed by media and public officials who said precautions were either unnecessary or futile. The other assessed risk based on news and authorities who said precisely the opposite. Many from the first group continued, in effect, to drink tea in their drawing rooms as the bombs fell, while most of the other ran for shelter.

In a paradigm where risk is calculated based on guidance from public media and government, it is critical not only that those outlets’ information be accurate, but that their language be calibrated to inspire the most useful — in this case, the safest — response.

In the same way, in areas where tornadoes are statistically rare, the logical response is not to build cyclone shelters. (In fact, in part due to cost, in part due to other factors, many towns even in potentially vulnerable areas do not have designated storm shelters.)

If the worst will happen once in 500 years, it makes some sense to take the risk and then rebuild — if and when disaster happens. Yet, if conditions change and the risk of more such twisters in that same neighborhood rises, it’s prudent to begin digging. 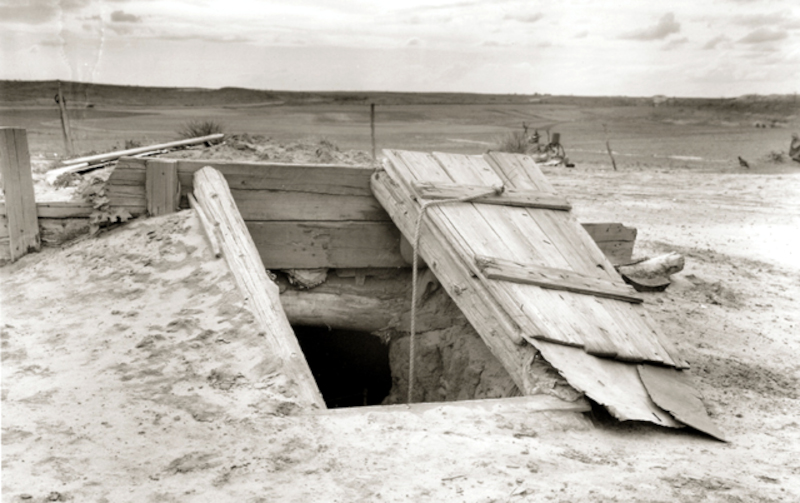 A tornado cellar on the Texas plains circa 1937 | Image credit: Dorothea Lange/Wikipedia

Yet, when a recent cluster of powerful tornadoes tore up parts of the US heartland last December, the Omaha World Herald headline said it was “astonishing.” Certainly, tornadoes have — up to now — conformed to historical patterns.

But, as the University of New South Wales recently asked, “What is a 1-in-100-year weather event? And why do they keep happening so often?” There have been recent, well-documented changes in tornado behavior trends — showing that they now often pack a bigger wallop and defy historical seasonal tendencies, among other changes. This should have alerted the incredulous newspaper that the tornadoes they were reporting on may become — and in fact may already be — the new normal, as each degree Celsius potentially increases severe weather events by 5-20 percent.

As one Oklahoma legislator said even after a 2009 tornado hit his district and forced him to shelter-in-place in the state house: “It's risk versus cost … You think it's not going to happen again.”

When events are characterized with outdated context, it is more difficult to instigate a change in behavior. As we chronicled in 2020, the town of Soldiers Grove, Wisconsin had to flood some 25 times in 38 years before the inhabitants finally realized the historical climate pattern had changed — at which point they dropped their sandbags and rebuilt the town on a nearby hill.

Futurist Alex Steffen dubs this syndrome a ‘discontinuity,’ a time when “the experience and expertise you’ve built up over time cease to work,” requiring “a process of understanding [that] the world as we thought it was is no longer there.”

One group that has apparently emerged from the climate discontinuity is the insurance industry. As Valutus has been documenting, the huge reinsurance firms that govern that trade have concluded that carbon-heavy industries are no longer a viable risk. Yet even in this bastion of actuarial charts and statistics, as Vox detailed recently, insurance companies are often “caught in a bind between balancing their books and satisfying regulations that require them to keep people covered.” In other words, many other governments have not yet changed the calculus from rebuilding to prevention.

Climate-related shifts can also, as the New York Times has reported, create issues that feed off one another: “A drought can dry out vegetation, which in turn can fuel and intensify fires. Fire itself can weaken or kill plants and make the soil less permeable, meaning that rain is more likely to run off rather than soak in, causing flash floods and landslides.” 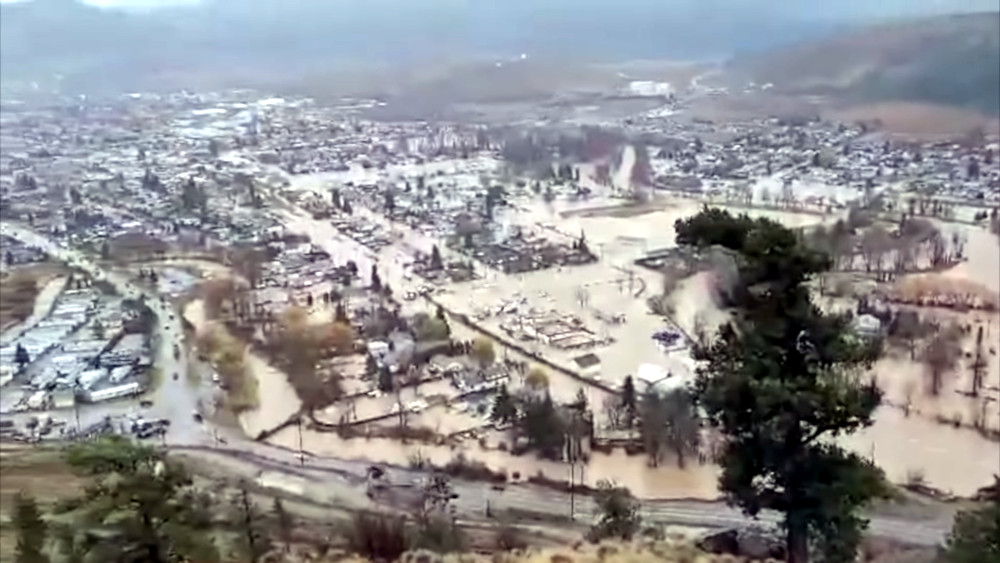 So, when British Columbia experienced unprecedented temperatures as high as 121˚F (49.4˚C) last summer, droughts and wildfires followed, along with flooding in November. Several towns had to be evacuated as heavy rains (11.6 in or 29.5 cm) — over a month’s worth in 48 hours due to an atmospheric river (AR) event — caused widespread flooding, landslides, mudslides, railway derailments, an oil pipeline shutdown, and a massive pileup of goods at the Port of Vancouver. Predictably, the provincial Minister of Public Safety called the storm “unprecedented,” but never mentioned the possibility that such was the new normal.

As one climate analyst noted, “Climate change can reveal itself both as a change in the probability of occurrence of specific extreme events — what was extreme becomes the new normal — and as the occurrence of new, unprecedented events, which I would call dangerous climatic surprises.”

The surprise, for the Pacific Northwest at least, is that meteorologists at Environment Canada explained the cause for the above disasters as “a mix of record rainfall, melting snow and boosted freezing levels.” All true, but this analysis left out that the Intergovernmental Panel on Climate Change (IPCC) has been tracking the data on atmospheric rivers; and its 2013 Atmospheric Rivers State of Knowledge Report found that all projected impacts of climate change “indicate that we should expect ARs and other extreme weather events to intensify, move northward, and become more frequent over time.” A more recent model predicted the likelihood of “a large increase in strong ARs, with the frequency of Category 3-5 ARs rising by roughly 100-300 percent. In other words, this event:

Yet neither point was emphasized, if mentioned at all, by either the officials responsible for managing the event or the media charged with reporting on it.

The climate events and their impacts, noted above, are examples of what Valutus calls submerged risks. A company with facilities inland might feel smug to have avoided visible impacts of the floods on Canada’s coast. Yet a port closure, a washed-out railway, oil held up in a pipeline may all have problematic and — if submerged risks are not considered and planned for — devastating effects on the bottom line.

Imagine a company whose facilities were untouched by heat, fires, drought and floods, and whose production was completely unaffected. Does that mean they’re fine? Not if their goods are backed up in a crippled port. Not if their customers are too busy escaping wildfires to buy, or too financially tapped out because they’re repairing flood damage while waiting for insurance payouts. Not if major highways for employees or shipping are down to a single lane of traffic while key rail lines are shut down completely.

It is critical going forward, for business and for the planet, that humanity reset our approach to climate events. The future ‘new normal,’ as the analyst quoted above made clear, is already here. It may bring a new ‘New Normal,’ and that will truly be epic — the first time.

But for now, we don’t have the luxury of approaching such events like singularities sweeping in once each century. They are here. Now. They are The Now Normal.