The Next Economy
The Emerging, Not-for-Profit Economy

Donnie Maclurcan
Published 9 years ago. About a 3 minute read.

Across numerous countries, the economic contribution of the not-for-profit sector has been on the rise since the late 1990s. In Canada, for example, not-for-profit institutions now contribute 8% of the country’s gross domestic product. Moreover, in the U.S. the not-for-profit (NFP) sector grew significantly faster than the for-profit (FP) sector between 2001-2011, despite the financial crisis of 2008. With the growing ability for NFP businesses to outcompete equivalent FPs, these trends are likely to accelerate to the point that NFP business replaces private enterprise at the center of domestic economies, worldwide, by 2050.

Many NFP managers increasingly understand that generating their own income allows them to fund the good work they do (as opposed to traditional approaches that depend on grants and philanthropy). Indeed, a recent study of 32 countries found that 53% of NFP revenue now comes from commercial activities.

Examples of successful NFP enterprises are emerging across sectors as diverse as construction, energy, manufacturing, information technology, telecommunications, banking, accommodation, food and beverages, and healthcare. Few people know, for instance, that the world’s biggest NFP organization (by number of staff — employing 120,000, largely women) actually utilizes an enterprise model. Operating since 1972, BRAC annually assists 135 million people through its social development services, but 80% of its revenue comes from its own commercial enterprises, including a large-scale dairy and a retail chain of handicraft stores, all of which are run according to a holistic vision of sustainable business.

Increasingly in direct competition, NFPs are demonstrating their ability to outcompete FP counterparts in ways such as offering more accessible pricing, and obtaining a greater percentage of local government contracts. The ‘NFP advantage’ stems, in part, from:

For the first time in history, the financial case for registering a business as a NFP is being seriously considered. This trend couldn’t come at a more crucial time. As history shows, no economic system that centralizes wealth and power can ever be socially and ecologically sustainable. On the contrary, the evidence is mounting that innovative, sustainable economies, with high levels of employment, can exist without the private profit motive. 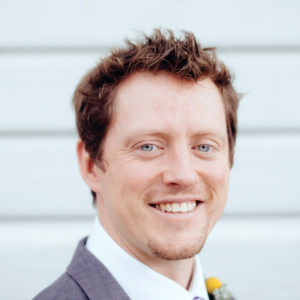