Sustainable Brands
Published 6 years ago. About a 2 minute read.

Last year, as part of its goal to create solutions that help cities all over the world get “smarter” in order to improve their quality of life, IBM created its people4smartercities campaign, through which it engaged citizens and city leaders to lend their ideas to the cause.

For the latest component of the campaign, IBM has partnered with TakePart.com on a series of “In the city with” short web videos, launched this month, that highlight some of the innovators who are working to improve their cities, in various ways that start small but could benefit metropolises everywhere.

The first two installments introduce Dan Parham and Catherine Bracy, both based in San Francisco.

Parham is the co-founder of Neighborland, a simple-to-use online platform that lets citizens connect with organizations and city leaders to share their ideas for how to make their neighborhood better.

Parham describes how over 850 residents of San Francisco’s Tenderloin neighborhood used Neighborland to vote on kid- and community-friendly improvements to the area’s UN Plaza — more than the amount that voted in the last statewide election from that district.

“Neighborland is not a replacement for voting or for traditional advocacy forums,” Parham says, “it’s an extension of those forums.”

The second installment features Bracy, Director of Community Organizing for Code for America, a non-profit that builds open-source technology that updates and streamlines city processes.

Code for America has 90 brigade chapters across the country that work to make local government processes more effective and easier to interact with — for example, the team in Rhode Island made the unnecessarily cumbersome school application lottery system easier to navigate, making life easier for parents and school administrators.

Jacelyn Swenson, Global Brand System Manager for IBM, said in a statement: "We are sharing the vision of these city change makers so we can inspire people to visit people4smartercities.com and engage in discussions that can spark more smart ideas for cities."

COLLABORATION
Partnering for Good: Impacts from a Transformational 10-Year Partnership

WALKING THE TALK
About the Clout: Pro-Sustainability Businesses Lobby For Greater Good
Advertisement 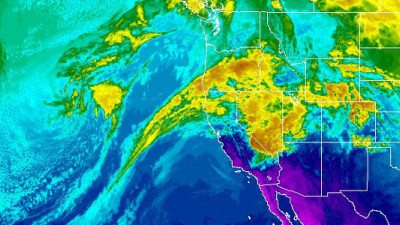