Mark McElroy
Published 5 years ago. About a 8 minute read.

Last week, the Institute of Directors South Africa (IoDSA) released the King IV Report on Corporate Governance, the long-awaited update to King III, published in 2009. As most readers here will know, South Africa has been a leader in corporate sustainability reporting, having mandated such reporting for listed companies since early 2010.

Last week, the Institute of Directors South Africa (IoDSA) released the ***King IV Report on Corporate Governance***, the long-awaited update to ***King III***, published in 2009. As most readers here will know, South Africa has been a leader in corporate sustainability reporting, having mandated such reporting for listed companies since early 2010. King III also led the charge in defining and advocating for integrated reporting in the run up to the launch of the International Integrated Reporting Council (IIRC) that same year.

Now comes the IoDSA once again, this time with King IV, in which it more or less ratifies, or seals the deal, on the establishment of what I and many others are referring to as multicapitalism. King IV’s embrace of multicapitalism, or what it alternatively refers to as inclusive capitalism, is striking. For anyone not yet convinced or even aware of the extent to which this compelling new perspective on performance measurement and accounting has taken hold, the evidence of its arrival and influence is now undeniable. Consider the following history: 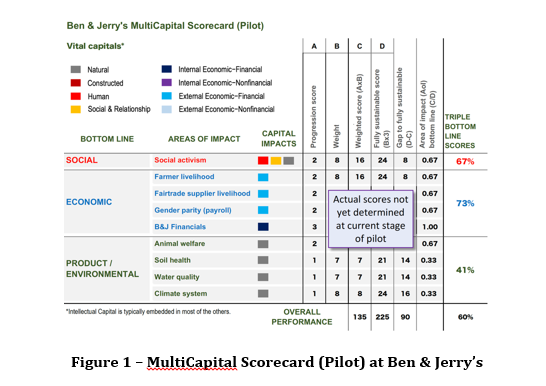 Next, of course, came the IIRC, which in 2013 released its own integrated reporting standard that featured the now-infamous “octopus” diagram in which six categories of capitals were depicted relative to their interactions with organizations’ business models (see Figure 2). 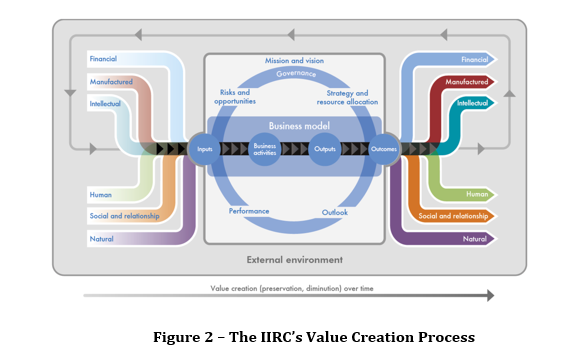 As the IIRC explained in the text of its Integrated Reporting standard, “An integrated report should provide insight into the organization’s strategy, and how it relates to the organization’s ability to create value in the short, medium and long term, and to its use of and effects on the capitals.”

And so here we are now in late 2016, and out comes King IV with its full-throated embrace of multicapitalism, multiple capital accounting, inclusive capitalism, or whatever one wants to call it. Among the many statements made in King IV about the importance of assessing performance relative to impacts on all vital capitals are the following:

“There is now general acceptance that the employment, transformation and provision of financial capital represent only a fraction of an organisation’s activities. Instead, inclusive capitalism takes account of the employment, transformation and provision of all sources of capital – the six capitals – in order to reposition capitalism as the engine of shared prosperity. It gives parity to the sources of value creation.” (p. 4)

“The traditional financial reporting system was a revolutionary development when it was instituted. It has since had to respond to market regulators, standards boards, ever more complex legislation and the regulation of accounting and corporate reporting. It is accepted that, while fully compliant and duly audited financial statements are critical, they are insufficient to discharge the duty of accountability. Similarly, a sustainability report is critical but insufficient. The reality is that the resources or capitals used by organisations constantly interconnect and interrelate. The organisation’s reporting should reflect this interconnectedness, and indicate how its activities affect, and are affected by, the six capitals it uses and the triple context in which it operates [social, economic and environmental].” (p. 5)

What’s so striking about the IoDSA’s embrace of multicapitalism is the manner in which it largely dominates King IV and yet was virtually absent in King III only seven short years ago. In King IV, the word “capital” appears 83 times; in King III, it appears only 8 times. In the former (King IV), the term is almost always used in the broader multi-capital sense; in the latter, the reverse is true – it is mainly used to refer only to financial or economic capital.

To sum up, there can be little doubt, I think, that multiple capital accounting or multicapitalism is becoming mainstream. What’s not mainstream yet, however, are methodologies and best practices for how to do it. That is a contribution Martin Thomas and I are hoping to make with the open-source MultiCapital Scorecard, the world’s first context- and capital-based triple bottom line accounting system. Other such methods will no doubt come forward and we very much hope they do. As the King IV report, UNEP, the IIRC, GISR, and Jane Gleeson-White’s book all make clear, this is an idea whose time has come!