Mattel recently became a California water agency’s newest recycled water customer, which will save about 2 million gallons of drinking water per year in the drought-stricken state. The global toy maker, whose brands include Barbie, Fisher-Price and Hot Wheels, among others, said that using recycled water for irrigation at its El Segundo corporate campus will also save money.

“It does cost less for Mattel to purchase recycled water rather than potable water for irrigation,” said Sarah Levine, Mattel global sustainability manager. “The city of El Segundo and [water district] West Basin both sell recycled water for reduced rates.”

Levine estimates Mattel will use 1.92 million gallons of recycled water per year for irrigation. “Based on the City of El Segundo’s water rates for both potable and recycled water, and the estimated usage, Mattel should spend approximately 40 percent less for the recycled water,” she said.

Using recycled water for not-potable purposes such as irrigation or factory processes sounds like a no-brainer, especially in places like California where water is an increasingly scarce natural resource. So why don’t more companies adopt this water management practice? Two big challenges, according to corporate recycled water users, are funding and infrastructure.

“The Mattel corporate headquarters location is fortunate that, thanks in part to West Basin’s work, the infrastructure now exists to support reclaimed water usage,” Levine said. “Part of the challenge in the past for using reclaimed water came from the lack of funding, which is quickly becoming increasingly available throughout the region. We had to do quite a bit of work to meet the health department and water code requirements, as well as facilitate construction on our property. West Basin also secured grant funding from the State of California Department of Water Resources in partnership with us to help cover the cost of the project.”

In April, Ford announced plans to transform its Dearborn, Michigan campus into a high-tech, high-efficiency headquarters. This includes buildings that will use 50 percent less water than the current ones, in part by using recycled water — captured from green roofs, rain catchment, porous pavements and native plants — in its manufacturing processes.

“For existing sites, rarely is a large water user located near where the treated water is located,” Hobbs told Environmental Leader. “An example is cooling towers. Towers are located near the point of equipment that they are cooling. So if one has five cooling towers at a site, the return water distribution system can be quite lengthy. Greenfield sites are much easier to cost justify. Using innovative designs one can greatly reduce capital costs.”

And for sites like Ford’s new headquarters that don’t have easy access to a water-agency-owned, state-of-the-art recycling plant, not only do companies have capital costs for treatment equipment and piping, but there’s also additional operating costs. Hobbs says these include pumping the water back to point of reuse and maintenance of the recycling system.

One important factor to keep in mind, however, is that utility water prices aren’t getting any cheaper. “Most projections show the cost of water increasing faster than inflation so this helps to mitigate the cost equation,” Hobbs said.

Mattel’s Levine says many of the company’s facilities around the world are already using reclaimed water. Its Tijuana, Mexico plant uses water purged from the chilling towers as sanitary water in the restrooms, saving about 4,000,000 gallons of potable water annually. Similarly, Mattel’s Monterrey, Mexico facility treats 100 percent of the water used on property and reuses this water as irrigation. Levine says the company is working on plans to use this water in industrial processes as well. “This is in addition to dozens of other processes across the company that directly reuse process water for cooling and part cleaning.”

She says these and other efforts have led to a 59 percent decrease in normalized water usage from 2008 to 2014 in Mattel’s manufacturing and distribution operations.

Levine’s suggestion to other companies looking to shrink their environmental footprint by using recycled water?

“We at Mattel would encourage local businesses to reach out to their utilities such as the West Basin Municipal Water District to see what options there are for grants and funding for reclaimed water systems,” she said. “Working with a great partner throughout the duration of the project simplified the process and provided real expertise in the implementation of reclaimed water usage.”

MARKETING AND COMMS
Gillette Reveals Men’s Feelings on Sustainability in 2020, Brand Goals for 2030

MARKETING AND COMMS
Activism: Why Taking a Stand Will Build Your Brand 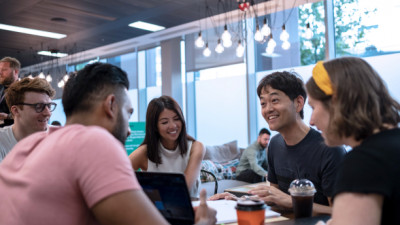 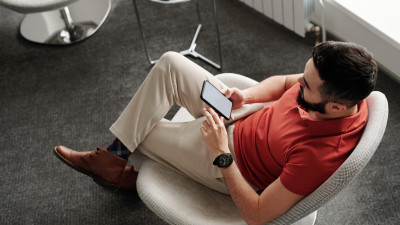