Walking the Talk
Brands, Ukraine and Upping the Ante on Corporate Social Responsibility

More and more brands are cutting business ties with Russia, but it will not be particularly painful for them; those that do not will suffer greater losses in terms of public support. New criteria for corporate social responsibility have arrived.

The war in Ukraine is a horror. The world sees it every day on TV; but some of us — like the Polish volunteers, families and charity organizations — feel it and live it every day, with millions of refugees bringing the trauma of the war with them.

The world is uniting to support Ukrainians’ fight for freedom in different ways — but most of all, through economic and business sanctions meant to stop Vladimir Putin and prevent him from going further.

More and more brands are cutting business ties with Russia, but it will not be particularly painful neither for them; it will be more so for those that do not — they will suffer greater losses in terms of public support.

Indeed, strong public pressure through social media and anti-Russian demonstrations on the streets of European capitals have made governments, companies and organizations (some with resistance, such as FIFA) join the global campaign of sanctions against Putin's regime. We can also see the second great mobilization of goodwill and willingness to help Ukrainians since the outbreak of the pandemic.

However, while aid efforts — especially those publicized in the media — usually succeed; it is more difficult to achieve long-term, consistent actions that are less media-conscious and often involve considerable costs. It is easy to boycott Russian goods in stores, but it will be more difficult to cut off Russian gas or coal. It will not be easy for many companies, in the name of supporting Ukraine, to give up selling their goods to Russia and voluntarily lose market share there (unless the Kremlin introduces a retaliatory boycott of Western goods).

There is also a risk that when the first wave of support for Ukraine subsides, there will be temptations to return to "business as usual," regardless of the outcome of the war.

That is why bold business and government decisions and actions that could change economic and energy map of Europe and limit Russia’s power (for example, Germany’s move related to Nord Stream 2) — are so important today. As COVID heavily impacted the automotive industry and supply chains for food, raw materials and semi-finished products, it forced the world to innovate and search for less established but more sustainable solutions as we navigated the crisis. We must use the same ingenuity to reshape our global operations and corporate policies in response to the war in Ukraine — revisiting product, material and energy sourcing for a variety of industries.

Such actions would prove that the care for sustainable development declared by politicians and business leaders around the world, which is inherent in the observance of treaty principles and human rights, is real. The responsibility test that awaits us in the coming months may prove to be difficult and costly. But in the long run, not having this responsibility can cost much more.

For the time being, those who have mostly proven their willingness for sustainable behaviors — especially in its social aspect — are common people. Polish society has taken on the burden of refugee help and housing in an unprecedented movement, accepting more than 2 million Ukrainians within two weeks’ time. This triggered an enormous ‘sharing’ effort among citizens, which has also pushed brands to do the same. The massive influx of supplies happened with nearly no governmental support, proving again that we as people have our own power to influence behavioral change.

Growing concerns related to potential fossil fuel cuts and the threat of nuclear devastation has triggered discussion about not only changing course toward clean energy across Europe, but also reinforced the reflection concerning the whole planet’s future.

Wars are horrific; and they leave scars that stay forever — but they change the way we as a civilization perceive the future. Let’s hope that the suffering of the Ukrainian people will wake us up — not only during the conflict but changing our approach to sustaining life on planet Earth forever.

Today, one of the main building blocks for brands in building the image and fighting for customers is corporate social responsibility. So, why are we so afraid to say aloud that no truly socially responsible brand should invest in Russia — a country that has been attacking its neighbors for many years (because Ukraine is not alone in this), that does not respect the rules of international law?

Yes, Russia is a big market. But the truth is that if, in 2008, when Russia attacked Georgia — or in 2014, when Russia first attacked Ukraine — the democratic world had responded unequivocally, the fate of these countries could have been different. And we could have avoided the damage both to people and the environment, then and now. 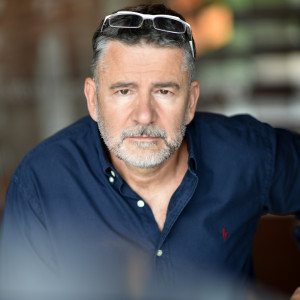 Tom Pawlikowski is a pioneer of marketing and communication in Central and Eastern Europe. During his extensive career he has worked for a number of marketers and managed agencies including Publicis, Optimedia, Leo Burnett, and Saatchi & Saatchi. He has Master's degrees in Psychology, Management, and Executive Business Coaching. Tom is currently mentoring a number of startups — including his own venture, Chapter2 — covering a complex ecosystem of media, commerce, creativity; and fostering sustainable transformation of brands in Eastern Europe as a partner of Sustainable Brands.