Walking the Talk
COP27:
Focus on Policy and Process, Not Promises

As world leaders prepare to gather for COP27, sharp focus is once again on how governments can tackle the ongoing climate crisis. But there is a danger that retailers and brands will take a ‘wait-and-see’ approach about any resulting policy change, rather than tackling the challenges head on.

While the COP conference has grown in significance and visibility on a yearly basis since the Paris Agreement of 2015, the reality is that — without concerted legislative action to follow through on the promises — it remains a talking shop for country-level commitments that are often too heavily focused on energy consumption.

It is policy, not promises, that can really be a driver of change from such meetings; but this is rarely instantaneous — something which can cause brands and retailers to adopt an approach where they wait on a change to become mandated before taking action.

We saw examples of this during COVID, where several key pieces of sustainability legislation were delayed as the government fought the fire of a raging pandemic. Policies such as the UK’s Plastic Packaging Tax had their consultations significantly delayed, and — rather than seeing this as an opportunity to get a head start for when the legislation inevitably came into force — brands and retailers used this as a reason to pump the brakes on their own changes.

Every five weeks brings us one percent closer to the 2030 target deadline of reducing global emissions by 45 percent, set out in the Paris Agreement as a key waypoint on the journey to net zero. If retailers and brands keep stalling every time they get chance to, there is a danger of such distractions causing rolling delays that add up to inertia at a vital time for net-zero targets.

While COP27 is a waypoint on this journey, retailers and brands are better served by engaging their entire supply chain in the process of starting to make the small gains needed to make an immediate difference.

No silver bullet
Although the concept of marginal gains has been around for some time, it gained prominence through Sir Dave Brailsford’s work with British Cycling. When he was appointed coach in 2003, British Cycling’s record had been sub-par for many years; and he quickly realised that there was no silver-bullet solution to the team’s under-performance. Instead, success was to be found through marginal gains.

The premise is reasonably simple — break down all the processes around a certain subject; and identify where small, incremental gains can be made. While these improvements start small, they begin to compound and accelerate until significant advances become evident.

In the case of cycling, Brailsford examined everything from the aerodynamic capabilities of the riders’ helmets, down to the accumulation of dust in the support truck — suggesting small changes would eventually add up to a sum greater than their parts.

Sure enough, the improvements began slowly with two Olympic golds in 2004 — already the team’s best performance since 1908 — before taking on a snowball effect that saw Team GB lead in 2008 and 2012, with a total of 16 golds. Not only that, the shared learnings across the whole of the team meant that they also won multiple world championships in road, BMX and mountain bike racing over the next decade.

While the environment of elite sport is very different to how brands and retailers should be approaching sustainability, the reality is that we face an Olympic-sized challenge when it comes to achieving, at the very least, net-zero emissions. In dealing with just one or two elements of the issue — be that direct emissions, plastic packaging or any of the multitude of other elements that go into our carbon footprint — the task remains an ever-present one. Instead, these incremental gains need to be analysed from a much wider coverage base to deliver a gut-punch in the quest for a net-zero future.

As with the challenge Brailsford faced back in 2003, there is no silver bullet that is going to magically make all supply chain processes sustainable; so, the key is identifying where to work with suppliers in achieving the small gains that can add up to significant results.

It's about the journey

The principle of marginal gains is only truly successful when it is applied to a broad range of processes, rather than just a select few. Historically, brands and retailers have tended to apply a Pareto Principle to sustainability in their supply chain, focusing most of their efforts on working with the top 20 percent of their suppliers.

Not only is this an ineffective way of encouraging sustainable practices throughout the supply chain, it also means that those smaller suppliers that typically need the most help are being left behind.

The reality is that if it is taking your top suppliers up to 30 years to reach net zero, how long will it take the rest? If brands and retailers are to be seen as taking net zero and carbon reduction seriously, they must work with the entire supply chain — or risk leaving behind a significant section of suppliers that may well have great ideas for how to address sustainability challenges, but not the method of making them heard.

By engaging the whole supply chain, the marginal gains are much more widespread, meaning the positive changes compound more quickly and very soon start to become evident. If you think of a major retailer, chances are that they have hundreds — if not thousands — of suppliers; so, if incremental improvements are made across each of them, the results will improve exponentially over time.

Bringing everyone along on the journey also has the benefit of shared learnings. Just as the BMX and road cycling teams learned from the tweaks that were being made in Brailsford’s track squads, smaller suppliers can incorporate some of the processes that are used by larger suppliers, which they wouldn’t typically be exposed to.

Meanwhile, those larger fish can learn from some of the innovations that are typically introduced by smaller suppliers. Whether it’s because they are more ambitious, hungrier or less constrained by corporate structure, many of the best innovations can come from those smaller suppliers — so, it is very much a two-way street.

By doing this, brands and retailers can get there and hit the ambitious targets that we face over the next 20 years; but they need to work with all their suppliers in a scalable way to identify what they can achieve, and how they can work together towards a common goal. If this can be achieved, those companies will find themselves in the best possible position when the promises and processes of COP27 become policy and set them on the right path towards becoming more sustainable.

While the British cycling analogy can be applied to sustainability, there is one key difference: During the Brailsford era, Team GB also picked up eight Olympic silver medals along with its plethora of golds. There will be no silver medal for addressing climate change — together, we have to win. 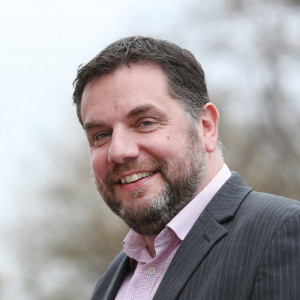