Ian Lifshitz
Published 6 years ago. About a 5 minute read.

The time has come to revisit REDD+ — the UN initiative that attempts to create financial value for the carbon locked in forests — to ensure that it is truly delivering on the momentum from Paris 2015.

The sustainability caravan recently descended on Oslo for the REDD+ Exchange meeting, hosted by the Norwegian and International Climate and Forest Initiative in an effort to renew the forests and climate change agenda in light of experience to date.

No government has punched more above its weight than the Norwegians in their attempts to tackle climate change, especially on deforestation issues. Whether in the Amazonian rainforest or the South Sumatran jungle you will never be far from a project with Norwegian involvement.

The Norwegians have blazed a trail in developing new mechanisms to financially incentivize emissions reductions from deforestation and forest degradation while conserving and enhancing carbon sinks through the REDD+ process. They invested time, energy and capital in building up the excitement around REDD+. In theory, REDD+ is exactly what the world’s forests need, and those in forest countries want to be convinced it works.

And yet, 10 years later, results aren’t realized. The quantum of delivered payments is just a fraction of what many of us hoped. Hundreds of REDD+ pilot projects have been initiated since 2007, however a recent CIFOR analysis of 23 initiatives across six countries found that only four had sold carbon credits. This leaves the large majority of REDD+ projects hanging in the balance, with no predictability on how they might change in coming years. Many players have backed away from the market.

So what is keeping REDD+ from reaching its potential? And what can all of us working in forestry, who have stakes in seeing this mechanism work, do to bring REDD+ back from the dead?

Asia Pulp & Paper (APP) launched its Forest Conservation Policy in 2013, enshrining a commitment to eliminating deforestation from its supply chain. Since then, APP has explored opportunities under the REDD+ framework for a landscape approach, but the process has been frustrating.

The challenge is one of practicality and timing. While the urgency of addressing climate change is frequently stressed in REDD+ rhetoric, the way the system is set up to withhold payments until emissions reductions are achieved does not provide an incentive for urgent action for people on the ground. If REDD+ is to keep forests standing, change needs to occur.

The key is in providing incentives where they are needed most. Forests are not just about carbon. They provide a variety of other services, including providing a livelihood for people and a habitat for wildlife.

The forests most under threat from deforestation are in landscapes where people depend on forested land for their livelihoods. These communities are not counting carbon credits - they are thinking about the natural resources available to live on. The reality is, forest-based communities and smallholders cannot be expected to keep forests standing unless they receive an income on par with what they would achieve if they were to use that land for other crops. This means that there is a need for payments that both match the level of income smallholders would receive from agricultural commodities, as well as immediacy in terms of timing of payment received.

If REDD+ must stick to the payment-by-results mechanism, then more needs to be done to channel funding towards supporting communities involved in REDD+ projects to meet their short-term needs while they wait for longer-term, results-based payments. APP is working through similar challenges in the agroforestry program, in which we are supporting smallholders to develop alternative livelihoods that provide them with short-term sources of cash flow and food, while also keeping existing forests intact, as they wait for slower-growing crops to bear fruit.

One concern with REDD+ is that at times it puts the cart before the horse, focusing too much on metrics and performance indicators rather than real impact. A better framework would establish the level of payment up front if certain parameters were included within the project/program design with indicators for short-term performance on carbon and non-carbon benefits.

Indonesia’s forest fire crisis last year illustrates this problem and the need for more practical, timely solutions to deforestation. The fire crisis cost the Indonesian economy $16bn and released emissions equal to the total annual carbon output of the US economy. Deploying funds to work immediately on wetting peatlands, incentivizing farmers not to use slash-and-burn approaches and finding alternative crops would achieve an immediate result in terms of climate change mitigation. To do this, the funding needs to be available now, not on the promise of some distant target that’s difficult to interpret.

As a company, APP is trying to do its part, and it has increased its budget for fire prevention by $20m in 2016 alone. However, APP is only one actor in the landscape among many who are less equipped than us to handle these challenges. This is where REDD+ needs to come in. The initiative should consider the increasing prevalence of urgent threats to forests as a result of climate change, and the win-win result that is achieved by becoming more agile in channeling funding where and when it is needed.

The world can’t wait another 10 years for mechanisms that benefit the actors on the front lines of deforestation. APP calls on all organizations that gathered in Oslo to build on the momentum from Paris to transform REDD+ into the innovative mechanism that it set out to be, that delivers real benefits to the environment and to the caretakers of forests worldwide.

Before our forests disappear. 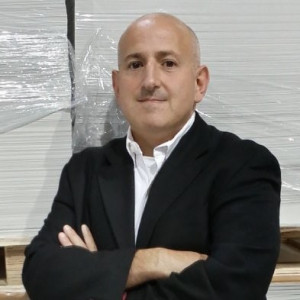 Ian Lifshitz is VP of Sustainability & Stakeholder Relations for The Americas at Asia Pulp and Paper.