Andy Last
Published 2 years ago. About a 5 minute read.

In the din of companies and brands shouting about the good they’re doing, ‘purposewash’ is overtaking ‘greenwash’ as the default accusation of corporate hypocrisy. Thirty years ago, Chevron was one of the first accused of greenwash after a series of ads purporting to show its environmental stewardship commitment. ‘People Do’ showed employees protecting bears, butterflies, sea turtles and other cuddlies, but the campaign was attacked by environmentalists for glossing over the damage inflicted by Chevron operations on those creatures’ habitats.

Last March, State Street, an investment firm, unveiled a ‘Fearless Girl’ statue on Wall Street. It did so in part to market its SHE fund (that invests only in companies committed to gender diversity) and to mark its intention to vote against corporate boards that did not act to improve gender diversity. Unfortunately for State Street, these moves were at odds with the reality of the firm in the eyes of campaigners for gender diversity, and the firm had to pay out a $5 million settlement over allegations of unequal pay.

Making a show of doing good therefore carries some risk for businesses. It can invite scrutiny of the totality of your impacts — do all of your operations live up to the positive environmental stories you’re sharing? Do all processes reflect your fine words on diversity? It helps to be transparent about where you are on the journey. ‘We recognise we’re not perfect yet, but here’s an example of where we believe we’re getting it right, and here’s our commitment to taking this to all aspects of our business.’ This acknowledgement of vulnerability is appropriate for the complexity you’re tackling. It also helps to understand the difference between ‘swords and shields’ — what are the things you are doing that are creating incremental good (which you can shout about), and which are the things where you are doing less bad (important, but less cause for proactive communication).

But there’s another approach: focus more on the ‘doing well’ than the ‘doing good’ side of the story. We see this in the gender diversity narrative, with firms saying greater gender diversity improves decision-making at board level and performance. That’s not to say that the ethical side of the issue isn’t important; rather that businesses can be more credible when talking in commercial terms — and focusing on ‘doing well’ can embed progressive practices more rapidly.

The ‘doing well’ argument was boosted last month with the publication of ‘Larry’s Letter’. Larry Fink is the chairman and CEO of Blackrock, the world’s largest money management firm with more than $6 trillion in assets under management. CEOs and CFOs worldwide pay attention to what he says. His 2018 letter to CEOs highlighted the investment choices his firm would make: “Society is demanding that companies, both public and private, serve a social purpose. To prosper over time, every company must not only deliver financial performance but also show how it makes a positive contribution to society.” And if that wasn’t clear enough, “Without a sense of purpose, no company, either public or private, can achieve its full potential. It will ultimately lose the license to operate from key stakeholders … And ultimately, that company will provide subpar returns.”

Business leaders at the World Economic Forum in Davos pounced on the letter, using it as argument against prioritising short-term numbers over long-term strategy: “Finance and accounting has trumped strategy excessively…A bunch of number-crunchers put out a spreadsheet and think that is strategy,” (Indra Nooyi of PepsiCo) and that the letter would “spark change in the financial community” (Carlos Ghosn of Renault-Nissan-Mitsubishi).

Behind this shift in investment strategy are ‘doing well’ arguments that businesses should make to explain their actions, rather than slick advertising or statue stunts: we are reducing our environmental impacts to save costs and preserve our license to operate; we promote diversity to improve performance; we invest in social causes to win customers over. Identifying these ‘doing well’ drivers — and we work with clients on a matrix of four key business drivers — is critical to landing social purpose inside businesses.

It may sound cynical to translate ‘doing good’ into such commercial self-interest, but it’s closer to the truth of decision-making in business. What is unquestionably cynical is to limit social purpose to a marketing campaign without embedding it across the business. And this necessitates that the business case for change is stronger than the status quo.

The ‘do gooders’ have called out ‘purposewash’ because it’s hypocritical. The ‘do wellers’ now have it in their sights because it’s not enough. Purpose must go beyond marketing to the heart of business strategy if we are to see the change the planet and its people need, and which businesses need to prosper in this new reality. Celebrate the business case as much as the ethical imperative. Step forward ‘do wellers’.

MARKETING AND COMMS
3 Approaches to Building Customer Trust Through Transparency

BUSINESS CASE
What Would Carbon Neutrality Mean for Small Businesses? 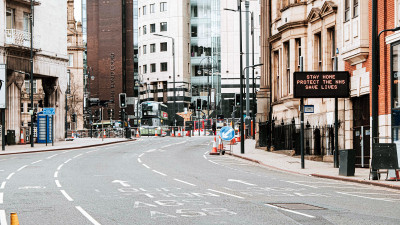 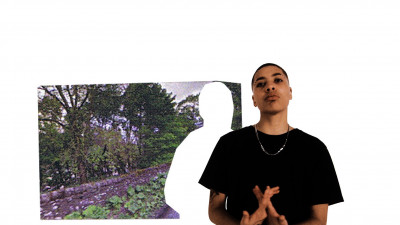