A suite of negative-emissions technologies (NETs) have emerged and continue to improve. While carbon capture and storage systems can lead to carbon-neutral processes, NETs can lead to true carbon negativity.

There is a lot of bad news about the climate lately. The melting of Greenland is accelerating; July of 2019 was the hottest month on record; and CO2 emissions continue to grow, having reached 37 billion tonnes in 2018.

But amid all this bad news is a glimmer of hope: Over the past few years, a suite of negative-emissions technologies, or NETs, have been developed and they continue to improve. NETs are systems that remove CO2 directly from the atmosphere and store it in long-term sinks — most often, underground geological formations — where the carbon will stay for millennia. NETs differ from more conventional carbon capture and storage (CCS) systems because NETs pull CO2 directly from the atmosphere, whereas CCS draws CO2 from fossil fuel exhaust. In other words, while CCS can lead to carbon-neutral processes, NETs can lead to true carbon negativity. Think of NETs as CCS version 2.0.

Major corporations, especially those with carbon-intensive businesses, have taken notice of the future-altering potential of NETs — and they’re signaling as much with their investment dollars. Chevron was among the firms that invested $68 million earlier this year in Carbon Engineering — a startup employing one type of negative-emissions technology; and BP put £3.5 million in the bioenergy-based firm C-Capture. Global Thermostat, another NET startup, announced an agreement to share technology with ExxonMobil.

Why would major oil and gas companies be taking stakes in companies that can help achieve negative emissions? Perhaps they believe the demand for oil will drop in the coming decades and they are looking to invest in a post-oil world. Or maybe they are banking on the possibility that the development of NETs will relieve the necessity to transition away from carbon (for the sake of humanity, let’s hope policymakers don’t see this as an option). Whichever way, companies across industries should pay attention to these canaries in the coal mine — and start learning about, and investing in, negative-emissions technologies.

But is all the hype surrounding NETs deserved? Well, they are the only method for truly removing CO2 emissions from the atmosphere. While we cannot mitigate all 37 billion tonnes of current CO2 emissions via NETs, we could capture and store a sizable fraction of those emissions. The fact is, employing this technology is our only realistic chance for staying below 2°C of warming. Every plausible emissions scenario that ends with less than 2°C of warming by 2100 — that is, all of the scenarios consistent with the 2015 Paris agreement — includes storing 5 to 10 billion tonnes of net negative emissions per year starting around 2050 to 2060; the only way to achieve those negative emissions is with NETs.

Not only might all of this help us stave off environmental catastrophe, it also presents a tremendous business opportunity — which is why smart investors are paying close attention. Due to the passage of the federal “45Q” tax credits in 2018, each tonne of CO2 placed in geological storage by a US company earns a tax credit of $50. Given that at least 5 to 10 billion tonnes of annual NETs will be needed by mid-century, the NET industry is expected to generate $250-500 billion annually by the 2050s. Standing between the present and this carbon-negative future are two interrelated obstacles: public policy and technological development.

First, public policy: The 45Q tax credit, while a remarkably progressive policy, isn’t perfect. The credit only applies to the first 12 years of facility operations, and $50 per tonne is a bit low for current NET costs. This is because 45Q was not designed for NETs but for more conventional CCS from power plant and industrial exhaust. In these systems, a modest price of carbon and an expiration prevision might make sense, but NETs will always require significant energy and financial subsidies and a 12-year sunset provision is a major weakness. Likewise, a $50 per tonne tax credit might be appropriate for CCS, but not for NETs. As of 2018, one of the industry leaders, Carbon Engineering, estimated its system costs at about $92 per tonne — far lower than cost estimates a few years ago, but still well above the $50 per tonne target.

Second, technology: NET technology is evolving rapidly as new systems are developed, but more R&D is needed. NET systems can be divided into three major categories depending on how they actually capture CO2. Perhaps the most obvious solution uses plants to capture CO2 via photosynthesis, then uses some method – like combustion, gasification or pyrolysis – to create a storage product from the plant biomass. These biological systems come with the advantage that they are based on relatively well-known technology, but their disadvantage is that plants require lots of water and land that could be used for other things — such as biodiversity or agriculture.

A second NET system that has received a lot of attention in recent years is Direct Air Carbon Capture and Storage (DACCS) systems, which look like a huge assemblage of fans that pass air over a chemical that reacts and binds with CO2 in the air. This system scrubs CO2 from the air, but it is energy intensive because of the heat needed to regenerate the chemical catalyst. In fact, if we wanted to remove all 37 billion tonnes of CO2 emitted in 2018 by DACCS, it would require on the order of 50 percent of the energy used in 2018.

Finally, enhanced weathering is a process in which rocks that would naturally bind CO2 are pulverized to expose a larger surface area of the rock to air. The rock could then be spread on land where it would remove CO2. The catch here is that you need a lot of rock. A lot. Terrestrial enhanced weathering would require between 1 and 5 kg of pulverized rock applied per m2 per year over 20 to 69 million km2 of tropical soils. For comparison, South America is slightly under 20 million km2, and 69 million km2 is roughly the combined area of Africa and Asia. Thus, each year we would need to cover one or more continents with 2 to 10 pounds of rock over each and every square meter.

NETs still have kinks to work out, and policies supporting the technologies need to do a better job of it. Still, corporate leaders who ignore the rapidly emerging space will be missing out on a massive opportunity. Not only could NETs become a crucial key to avoiding climate catastrophe, they could transform some of our biggest industries in the meantime. 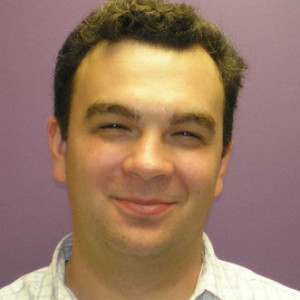 Brian Snyder, Ph.D. is an Assistant Professor in the Department of Environmental Sciences at Louisiana State University.