Mobile shower pioneer LavaMaex and Unilever brand The Right to Shower have built a partnership that’s given more than 38,000 unhoused people dignity, hope and a fresh sense of opportunity.

Did you take a shower today? Anytime this week? Imagine if you couldn’t. What would that feel like? How would it affect your self-perception and the way you’re able to move in the world?

Doniece Sandoval and Laura Fruitman each undertook that act of empathy and felt compelled to act on it — Sandoval by creating the nonprofit LavaMaex to bring mobile showers and other essential care services to the streets, where unhoused people need them most; and Fruitman by founding The Right to Shower, a Unilever brand that donates a portion of its profits to mobile shower providers. Their shared conviction that hygiene is a human right, along with their determination to restore it to people experiencing homelessness, led to a cross-sector partnership that has brought a fresh sense of opportunity to communities across the US.

In 2013, Doniece Sandoval had three experiences that compelled her to open her eyes and truly see the homelessness crisis on San Francisco’s streets, culminating with the one that showed her how she could help. Walking in the design district, Sandoval passed a young woman who was panhandling.

“She was distraught, disheveled, and she kept saying over and over that she would never be clean. While I knew her words probably meant many things, I got curious about what her chances were of getting physically clean.”

Not good, it turned out. Sandoval learned that the city had only 16 public shower stalls for about 7,000 unhoused people. She also found out that the city transit agency was retiring old buses. Bells went off in her head, and she decided she would convert the buses into well-stocked, thoughtfully designed mobile shower and toilet facilities. Barely a year later, Lava Mae (now LavaMaex) began taking showers to the streets.

Laura Fruitman: The Roots of The Right to Shower

Across the country in New York City, I couldn’t shake an experience from the early 2000s, when I regularly chatted with an unhoused man I saw in my neighborhood. I was touched — and troubled — when he told me I was the only person who ever talked to him.

Years later, while working as a senior executive on Unilever’s Dove brand, I saw Doniece Sandoval’s TEDx talk about launching Lava Mae. Inspired, I pitched Unilever on creating a purpose-built, natural soap and body wash brand that would dedicate 30 percent of its profits to expanding access to showers. I built The Right to Shower as an Entrepreneur in Residence at Unilever, launching the line in April 2019 with four fragrances — each named for an emotion I wanted to evoke in users: Joy, Strength, Hope and Dignity.

The partnership: a shared dedication to showers for all

The belief that access to cleanliness is a fundamental human right — and contributes to restoring health and dignity for unhoused people — is embedded in The Right to Shower; and while developing the brand, I sought partners who could make that belief a reality on the streets. I reached out to Doniece in 2018, and The Right to Shower launched with LavaMaex as a key mission partner. As a social enterprise, The Right to Shower provides funding as well as products for shower initiatives; LavaMaex draws on its expertise to advise the brand and to identify, vet and recommend projects for The Right to Shower to fund.

The partnership came at a pivotal moment for LavaMaex. Responding to demand from around the world, the team had already begun piloting a shift away from acting primarily as a direct service provider toward working primarily as a consultant that teaches social entrepreneurs and community groups to bring LavaMaex-designed mobile showers and other essential care services to their own streets.

The relationship with The Right to Shower accelerated the pivot’s proof of concept. I (then senior direct of programs and impact) stewarded the partnership; and when the nonprofit rebranded in January 2020 as LavaMaex — for exponential growth and impact acceleration — I took over as CEO and led the team in its shift to wider impact. LavaMaex now works with startup service providers through its LavaMaex Connect platform and one-on-one consulting, and provides seed funding via The Right to Shower grants to providers that are ready to launch.

LavaMaex has directly trained and helped launch 33 service providers since the pilot phase of the consulting program began in 2018. 20 of these US-based providers received seed funding through the partnership with The Right to Shower; and collectively, they’ve provided more than 82,400 showers across 37 communities alongside 3,250 volunteers.

This seed funding, typically about $10,000 per project, has an outsize impact. Most recipients use the money to buy or build out a shower trailer, and it’s often the difference between starting service or stalling out.

“This funding was essential to our program,” says Ricka Davis-Sheard, founder of Share Community in Antioch, Calif. “We are a small, grassroots organization; and funding from The Right to Shower spring-boarded us forward to be able to offer over 100 showers a month to those in need. Much of our support comes from small donors, so this infusion of capital put us on a healthy track.”

With launch costs for mobile showers ranging from $55,000 to $85,000, depending on the size of the trailer, a $10,000 matching grant from The Right to Shower through LavaMaex is often the last piece a provider needs to bring care services to the street. Grants in successive years allow providers to expand service to new locations.

“We were able to purchase two shower trailers with the seed funding through LavaMaex and The Right to Shower — one for Bangor, where the members of the Brick Church have been providing outreach services to homeless residents for years and are thrilled to be able to offer a hot shower; and a second shower for the Disabled American Veterans of Massachusetts. This is part of a concerted effort to reach out to homeless veterans and help to transition them off the streets,” reports Peter Kelleher, founder of Support the Soupman in Bangor, Maine — which also sells The Right to Shower products on its website.

The partnership also helped LavaMaex increase its training, advising and resource offerings during the pandemic — work that included designing and deploying a do-it-yourself handwashing station for communities that lack access to running water. Currently, the organization is consulting with nearly 70 fledgling providers, and more than 884 people — from 381 cities in 22 countries — are active members on its Connect platform.

A successful corporate-nonprofit partnership is not only about money; it’s rooted in a deep level of mission alignment, mutual respect, and willingness and ability to contribute to each other’s objectives. This foundation sets up the partners to take a one-team approach and build a relationship that’s durable enough to produce ongoing impact.

The Right to Shower and LavaMaex collaborate on both service expansion and marketing opportunities. LavaMaex collects impact data and stories; and The Right to Shower spreads them on its communication channels to show the value of a shower in restoring unhoused people’s hope and dignity. The brand hired a former LavaMaex employee to help lead social media, and her voice has lent authenticity to the corporate message.

The partners also work together on high-profile campaigns around events such as Homelessness Awareness Month and World Water Day; and during the COVID-19 pandemic, The Right to Shower led six Unilever brands in donating products that LavaMaex and its provider network incorporated into hygiene kits for unhoused people.

And the funding, of course, is important. As the impact data above illustrates, the ability to provide grants over multiple years has significantly extended the partnership’s impact.

A model for the climate change era

The combination of funding and advising that the LavaMaex and The Right to Shower partnership provides has dramatically accelerated social entrepreneurs’ ability to bring their services to the streets, where unhoused people need them most, and to deliver those services with Radical Hospitality — the LavaMaex ethos of meeting people wherever they are with extraordinary care.

More cross-sector partnerships like this are needed, not only to serve unhoused people living on city streets, but also to care for the growing number of people displaced by extreme weather events and the long-term effects of climate change. All these people need showers and more — LavaMaex is also training providers to deliver one of its newer concepts, Pop-Up Care Villages: a multiple-provider service model where guests can get haircuts, medical care, legal advice, employment assistance and other free services in addition to showers.

The village approach is the way to marshal a community’s resources for maximum effect and make displaced people — whatever the reason for their situation — feel connected to others and cared for. As we discovered during the pandemic, that’s a feeling we all need; and any collaboration that can generate it is well worth the effort. 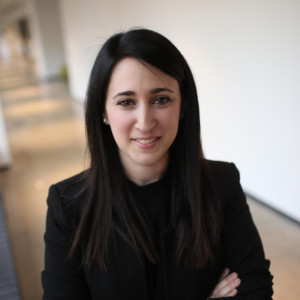 Chief Marketing Officer, The Uncovery Incubator I Co-Founder, The Right To Shower
Unilever

Laura Fruitman is co-founder and general manager of The Right to Shower — a personal-care brand that offers high-quality, ethically made, head-to-toe cleansers and commits 30 percent of profits to mobile shower initiatives that help people experiencing homelessness. 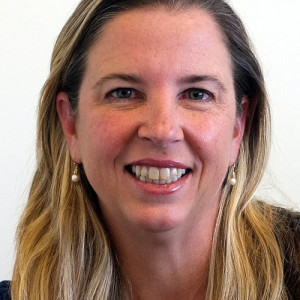 Kris Kepler is CEO of LavaMaex — a nonprofit accelerator that transforms the way communities around the world see and serve their unhoused neighbors. @lavamaex