The relationship between non-operating landowners, which own 62% of Midwest farmland, and the farmers to whom they rent land is vital to achieving wide-scale adoption of soil-health and nutrient-management practices across US croplands.

If you have ever driven through Illinois or flown over the state, you probably have noticed the patchwork of corn, soybean, wheat, and other fields that cover the land. Each of these parcels is cared for by a farmer; however, the land that the farmer is tending may not be owned by the farmer. In Illinois, half of all farmland is owned by people who do not farm the land. This group is often called non-operating landowners (NOLs), and they play an important role in conservation and sustainability programs.

NOLs own 62 percent of Midwest farmland, including up to 80 percent of land in certain counties, according to Randy Dell — the soil health and nutrient strategy manager for the agriculture program in North America at The Nature Conservancy. According to Dell, NOLs and their relationships with the farmers to whom they rent land are vital to achieving wide-scale adoption of soil-health and nutrient-management practices across US croplands.

To strengthen collaboration between farmers and non-operating landowners, the Illinois Soybean Association (ISA) is teaming up with The Nature Conservancy and the Illinois Corn Marketing Board.

“Healthy soils are crucial for maintaining clean water supplies and creating resilience to extreme weather events,” says Megan Baskerville, the Conservancy’s ag program director in Illinois. “When farmers work with landowners on conservation agriculture, they’re investing in the long-term viability of that land but also helping to ensure clean water beyond the farm.”

The ISA encourages the state’s farmers to work with their landlords to achieve watershed and landscape conservation objectives, such as reducing nutrient runoff.

“There is a disconnect between farmers and landowners who are generations removed from the farm, and ISA can serve as a liaison for sharing tips to enhance that stewardship partnership,” said David Wessel, an Illinois Soybean Association board member and soybean farmer from Chandlerville, Illinois. “Sustainable production adds value to the land, increases profitability potential and helps the environment.”

Surveys find landlords want to hear from their tenants about conservation issues. Results from an American Farmland Trust study show that landowners broadly value conservation and soil health, with 96 percent agreeing or strongly agreeing that they consider soil quality when making land management decisions. The ability to avoid erosion, prevent contaminating waterways and maintain soil productivity were among preferred attributes that landowners value in a farm operator — more than the amount of rent a farmer will pay and whether they like the farmer. Bottom line: When given simple, economical options by their farmers to sustain or implement soil health practices, many landowners are willing to make such changes.

While non-operating landowners may be familiar with some conservation tactics, they may need to be more informed about others. This presents an opportunity for farmers to share the potential benefits of conservation with the NOL. The Nature Conservancy recommends talking about enriching the land, using soil health practices to protect the investment in land, partnering to obtain public and private cost-share incentives, boosting resilience, and building a legacy for both the landowner and farmer.

Finally, farmers and landowners should talk about multi-year leases instead of the more common annual agreements.

“The benefits of soil health practices take multiple years before realized,” Baskerville said. “Annual leases, even if renewed over multiple years, provide no assurances the farmer will still have access to the land when expected benefits of conservation are realized. A multi-year agreement with annual rent and term modifications removes the barriers.”

To learn more about conservation partnership programs, check out these resources: 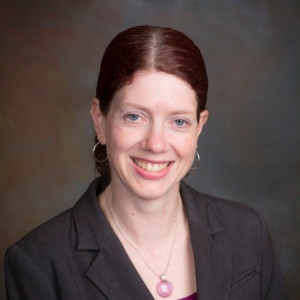