Kevin Moss
Published 6 years ago. About a 4 minute read.

The Agreement reached this point with unprecedented speed. As colleagues from WRI’s Climate program explained, very few multilateral UN agreements of this significance are written and put into force within one year.

So what does this mean for companies?

Fortunately, the business world has been preparing for this situation. As I wrote in this blog post, businesses helped make the Paris Agreement possible by showcasing their own ambitious commitments to climate action. Now that we are unmistakably on a low-carbon path, businesses must continue to make progress in three priority action areas. If I am fortunate enough that a CEO is reading this blog, ask your sustainability team if they agree, and if so, ask how your company is doing against these imperatives.

If you are going to act to avoid catastrophic climate change, you might as well do enough to avert it - there is no halfway to catastrophic. That means putting your company on a trajectory to reduce emissions sufficient to keep us well below a 2 degree C (3.6 degree F) temperature rise, the threshold climate scientists say is necessary for preventing some of the worst impacts. This trajectory will match the ambition of the Paris Agreement, so it will future-proof your climate efforts and ensure your company is not disadvantaged as the rest of the economy decarbonizes. More than 193 companies have already committed to setting science-based targets through the Science Based Targets initiative, a collaboration between WRI, WWF, CDP and UN Global Compact, and supported by the wider We Mean Business coalition. Companies that join the initiative before the COP22 climate negotiations next month can send a signal to government officials that they are serious about implementing the global mandate to curb climate change.

A carbon price may be coming soon to the United States, but in the meantime, an internal price on carbon is a mechanism that can embed your emissions-reduction target into your commercial approach. There are a few different ways to set and apply a carbon price. WRI, together with the UN Global Compact and a range of other NGOs, has produced an Executive Guide to carbon pricing to help you review the options. This is not some obscure thing that one or two niche companies are doing. Recently, Mahindra became the first Indian company to announce a carbon price, joining 76 other companies that have committed to setting a price on carbon through the We Mean Business coalition. More than 140 companies have reported to CDP that they have an internal carbon price in place.

In countries where your company is influential, support proactive government approaches to achieving the Paris Agreement. Do not let trade associations of which you are a member act against your interests. If you are investing in carbon reduction and energy efficiency and implementing shifts towards an environmentally friendly portfolio, implementation of the Paris Agreement is a strategic business advantage. Don’t allow companies that have not acted to hijack the views of your trade association, delay government action and turn your competitive advantage into a disadvantage. Now that the Agreement is in force, countries and companies that embrace and support that reality will thrive; those that don’t will be left behind.

The Paris Agreement has made great headway, and there will be more progress in Morocco at COP22 in November. Although we have a long way to go, I know that many in the business world are well prepared to make the journey to a thriving, low-carbon economy. 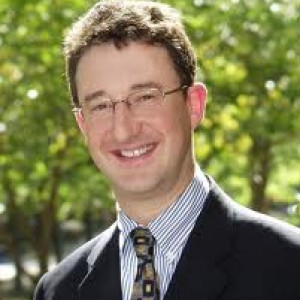 Kevin Moss is the Global Director of the Business Center, WRI’s program that helps the private sector develop strategies that support sustainable strategies and drive growth.