Collaboration
APP:
With Holistic Forest Management, We Can Halt the Sixth Great Extinction

Human activity is driving rampant loss of flora and fauna around the world, prompting fears that we are in the midst of a sixth great extinction event, with one-third of all species in the wild facing threat of extinction. Speaking on Thursday at the World Economic Forum in Davos, Aida Greenbury, Chief of Sustainability of Asia Pulp and Paper Group (APP), made the case for why global leaders need to see people as the solution rather than as the problem, and work together to empower communities to build a sustainable economy that will help to safeguard the environment and biodiversity at the same time.

She was speaking alongside Marco Lambertini, Director General of WWF International; Patrick Brown, founder and CEO of Impossible Foods; and Dominic Waughray, Head of Public-Private Partnership and Member of the Executive Committee of the WEF, at an event looking at the prospect of the Sixth Great Extinction.

“We need to understand the value of forests in winning the battle against this wave of extinction,” Greenbury said. “Forests provide essential habitat for many of the species at risk today, but that’s not all: They also perform key ecosystem services including regulating the climate, supplying clean water, running nutrient cycles essential for agriculture, providing a barrier against fire and pests and many other important functions which are all interlinked with species survival, including our own.

“Saving forests requires seeing the woods for the trees, and by that I mean adopting a landscape approach, which has been the foundation of APP’s Forest Conservation Policy (FCP) for the last 4 years. At its core this means looking across the landscape at various land use and impact on species, and working with the full range of people that live and work in these landscapes to develop solutions which will allow people and the planet to thrive. People and communities are at the heart of the solution – it is by working with them that we will be able to save forests, hopefully halt the sixth great extinction, and save the planet.”

Greenbury is representing APP at the 2017 Annual Meeting of the World Economic Forum, the theme of which this year is responsive and responsible leadership. During the meeting, Greenbury shared the company’s experience in trying to implement responsible and responsive leadership, not only in the area of environmental sustainability, but also in creating a supply chain that delivers benefits for all who are part of it, and beyond. She urged other leaders to use a landscape approach to effect change and to ensure that benefits are equitably distributed along the chain of commodity production. Ensuring sustainability throughout the supply chain is critical to protecting natural forests and biodiversity, and meeting the ambitions of the Government’s Commitment to the Paris Agreement. Actors from the global north and south need to work together to realize this vision.

On the theme of responsive leadership, Greenbury reflected that APP’s own experience has shown the importance of meaningful stakeholder engagement at every stage of the process, whether on fighting climate change, achieving the SDGs, or tackling social and economic issues. This process of engagement is far from easy, but essential. Despite many challenges, APP has been steadily implementing its FCP, which has underpinned its forest conservation and restoration work for the last four years. APP has established a platform for continuous engagement with stakeholders as part of its FCP in order to ensure that it remains responsible and responsive to the people living and working in the landscapes where APP is active.

Greenbury also spoke about her role as the co-Chair of the High Carbon Stock Approach group. HCSA is a methodology to assess natural landscapes that distinguishes forest areas for protection from degraded lands, or areas that could be considered for production. Crucially it provides a common standard for forest protection by measuring the carbon and biodiversity within them. This enables the value generated by protecting natural forest landscapes to be calculated and thus enables investors to understand their contribution in meeting climate change goals. With the HCSA approach increasingly becoming a common standard, Greenbury asserted it is time to use it to help achieve the Paris Agreement. 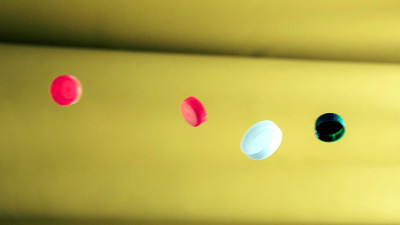