The Next Economy
Planned Obsolescence and Your Right to Repair

Have you ever wondered why some consumer goods don't last? From cell phones to household appliances and clothing to automobile tires, some products we use every day could last much longer. But they don't.

Have you ever wondered why major purchases — such as vehicles or large appliances — always seem to break down immediately after a manufacturer's warranty expires?

Or perhaps you've asked how an advanced society can manufacture materials durable enough to venture into space, but cannot produce a car tire that will last more than a few years? The answer lies in planned obsolescence. It's a marketing and manufacturing trick meant to keep you buying.

In this post, we'll take a close look at planned obsolescence. We'll uncover some manufacturers using these questionable practices, and we'll explain the Right to Repair movement — a modern campaign promoting US consumers' right to maintain their purchases for longevity and sustainability.

As Investopedia explains, "Planned obsolescence describes a strategy of deliberately ensuring that the current version of [a product] will become out of date or useless within a known period." It's a purposeful and proactive move to guarantee that consumers will seek replacements, and boost demand. Planned obsolescence means a product will become obsolete on a set date, or within a specific time.

Obsolescence can be achieved by:

How significant is planned obsolescence?

The lifetimes of electrical devices and appliances are getting shorter. The German Environmental Agency (UBA) commissioned a study by the Öko-Institut e.V. and Bonn University. Afterward, UBA President Maria Krautzberger said: "Many appliances have much too short a life-span. This is ecologically unacceptable. The manufacture of products consumes precious resources, and pollutants and greenhouse gases are a strain on the environment and climate."

Clearly, it's time to think about the minimum requirements of product lifetimes and durability. Perhaps the answer is a minimum period of durability for electronic goods. Too many devices are replaced — due to slower functions or unattainable batteries — even though they are still in good working order.

Planned obsolescence works against sustainability. Every time a consumer product is tossed in the trash or dumped in a landfill, it damages our environment in the long term. Whenever an obsolete product needs to be replaced, the raw materials must be sourced (which could cause deforestation and scarring). A replacement must then be manufactured (which can cause air and noise pollution). And finally, the product must be placed into the hands of a consumer — a delivery process that still relies mostly on fossil fuels.

Automobile tires and cell phones are perfect examples of planned obsolescence working against our environment.

Current data is difficult to qualify, but the Environmental Protection Agency says that as of 2003, roughly 80 percent of used tires are now recycled in some way. It is excellent news that so many tires are reused, but roughly 60 million tires still find their way into landfills — or are simply dumped in the wilderness.

Cell phones, which are smaller but highly resource-dependent, are another prime example. Consider the "guts" of your cell phone. These little marvels of technology require precious metals such as cobalt, copper, gold and other conflict minerals, which must be continually sourced by manufacturers. They also need plastics, silicones and resins, all things that need to be manufactured in factories.

The damaging effects of planned obsolescence on our environment are genuine. That's why many consumers are shocked when they hear about high-profile organizations — such as Apple — using these manipulative marketing tactics.

Apple sued in 2017 for planned obsolescence

A few years ago, Apple openly admitted to slowing down older iPhone models to encourage new product sales, according to Forbes. Then in 2018, Apple and Samsung were investigated in France for the same shenanigans. This should ring alarm bells for conscientious consumers, for a number of reasons:

The good news is that some organizations are fighting back against planned obsolescence.

The Right to Repair Movement & organizations against planned obsolescence

The Right to Repair & fair repair concepts began in the US, with the auto industry. Massachusetts was the first state to pass a Motor Vehicle Owner's Right to Repair Act. in 2012. This groundbreaking state legislation required vehicle manufacturers to provide information to allow anyone to repair their vehicles. While not a federal law, all auto manufacturers that sell in the US have agreed to abide by Massachusetts' law, in all 50 states, as of 2018.

Inspired by this approach in Massachusetts, the Digital Right to Repair Coalition was founded in 2013 to carry the same principles to consumer electronics, like computers and cell phones.

The Digital Right to Repair Coalition

The Digital Right to Repair Coalition was incorporated in 2013 as a 501(c)6 Trade Association. Per their website, they chose to be a Trade Association rather than a charity, because their goal is to lobby for repair-friendly legislation, standards and regulations. So Repair.org is 100 percent membership-funded.

Today, the Coalition focuses on consumer electronics including smartphones, computers, laptops and tablets. But their attentions go beyond the standard focus of smartphones to address the repairability and reusability of other personal devices — such as pacemakers or hearing aids.

Ultimately, it is up to consumers to demand more from electronics manufacturers. Whether that means longer-lasting warranties or the ability to repair their devices with ease, these companies can do better. For now, recycling smartphones and devices is one way to reduce the pollution and earth scarring associated with manufacturing processes. 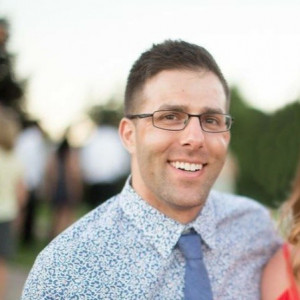 Wesley Poritz is founder and owner of Portland, OR-based Big Sky Recycling — dedicated to reducing e-waste and using profits as a means to a greater end: positive impact for employees, communities and the environment. Big Sky Recycling’s program is a simple, secure and free way to donate cell phones for charity.