Dimitar Vlahov
Published 7 years ago. About a 11 minute read.

As many stakeholders — including investors, employees and consumers — begin to re-evaluate their perception of value, it is becoming imperative for companies of all industries to credibly measure, analyze and interpret the entire range of costs and benefits for which they are responsible. Below are 13 fairly (as of yet) uncommon types of data analysis that help businesses do just that. You have nothing to lose and much to gain by learning how to:

1. Identify the most profitable types of shared value in which to invest

There are so many societal and environmental ills to go after these days that one might argue companies in most, if not all, industries should be able to create profitable extensions to their core activities in line with the principles of a social enterprise. Specific frameworks serving to identify the best such opportunities are featured in the work of the Shared Value Initiative, based on Harvard guru Michael Porter’s school of thought, as well as emerging work around 'social value propositions' as coined by Jason Saul, Founder & CEO of Mission Measurement. The world of sourcing certification is also seeing increasing sophistication in analyzing how respective programs affect the larger economic picture beyond immediate impacts on farmers and others who are directly involved. The Rainforest Alliance, Fair Trade USA, the FSC and the MSC, among others, all have their sights set on uncovering spillover effects of all sorts.

2. Dissect key components of a sustainability premium in the overall brand value mix

What aspects of a company’s sustainability strategy are most valuable in terms of creating increasing levels of trust and reputation? The answer is very difficult to simply observe. That is why analysts at Havas Media Group, CSRHub and BBMG, to name a few, have recently come up with custom surveys and follow-up tools aimed at isolating the most influential elements of sustainability-based innovation. Havas, for example, has developed a process to identify company and product attributes that make up a ‘meaningful brand.’ Elsewhere, brands such as Unilever, Diageo, BT and HP have managed to leverage ambitious goals and evolving levels of transparency as key drivers of a sustainability premium in brand value.

3. Figure out how your performance is rated out there, and what you can do about it

Even if you aren’t in the habit of taking a close look at the full range of impacts your business is having on the world, investors and other influential stakeholders surely are. If you are a public company, you have already been assessed and ranked by the likes of the Newsweek Green Rankings powered by Trucost and Sustainalytics, Interbrand’s Best Global Green Brands in partnership with Deloitte, BrandLogic’s Sustainability Leadership Report, the Dow Jones Sustainability Indices, the World Economic Forum’s Global 100 by Corporate Knights, The HIP Investor 100 Portfolio and many others. To stay ahead, you could follow the footsteps of pro-active firms such as Bridgestone Americas, which compiled 420 external sustainability metrics about itself in a Hub that is now a few clicks away from everyone in the company. You could also consult GISR’s principles for ‘rating the raters,’ which are quickly gaining popular support.

If human capital is a company's greatest asset, then why does business-as-usual reflect it only as a liability? A great question, and not one that many executives can answer confidently. Interface announced an ambitious project in holistic human capital valuation last year, and is currently turning what started as an abstract modeling exercise into a series of tools allowing HR to make more informed, data-backed decisions and budget allocations. Intel, Campbell Soup and SAP also join a growing list of firms that have found value in iterating on incentivizing employees through redesigned recruiting, compensation and capacity-building processes.

5. Calculate the ROI of sustainability-driven product or project innovation

Among all emerging techniques used to demonstrate good ROI figures, two trends seem particularly hot these days. One revolves around greater availability of data allowing a growing scope of intangible benefits — such as risk reduction or the position of being seen as a leader by customers — to be quantified. The second has to do with introducing a triple-bottom-line point of view in project finance, whether in classic multi-period ROI modeling or for powerful one-off estimates used in communication with investors, policy makers and other stakeholders. Johnson & Johnson has recently stood out in the first category in a joint project with Daniel Aronson of Deloitte, while the second has seen a range of successful work led by credible theoretical advocates out of Columbia University, Georgetown University, The Wharton School at UPenn, and Stanford University, to name a few. See next bullet for more.

What is SROI modeling, you ask? Well, SROI can stand for either “Social Return on Investment,” “Sustainable Return on Investment,” or “N/A,” depending on who you ask. All key flavors of it point to ways to express environmental and social costs and benefits in dollars, thus making various scenario analyses easier to present to the CFO, other executives and the investor community. A range of academics and consultants, including HDR, EarthShift, VeraWorks, PwC and others, are already making the rounds with compelling case studies with happy clients.

As with the rest of this list, the number of tools available at the disposal of the willing is growing by the day here as well. Puma’s groundbreaking Environmental Profit & Loss (E P&L) project, followed by Becker Underwood (now part of BASF) and others, is now practically the gospel in this context, complemented by advances from The Economics of Ecosystems and Biodiversity (TEEB) initiative, as well as WBCSD’s very impressive Eco4Biz compilation of the exploding ecosystem of data sources. The Nature Conservancy also maintains a strong position, along with Dow Chemical, widely recognized as one of the first few breakthrough global pioneers in this space.

Much has been said about the negative consequences of arbitrary goal-setting in corporate sustainability. The fact of the matter is that the vast majority of goals on carbon, water, waste and most other impacts, whether on a facility, product or supplier level, continue to be set in ways that are either inconsistent with, or just detached from, the actual collective amounts of impact reduction necessary to not cross critical natural thresholds. With carbon in particular, we have a tricky situation in which many companies are cutting down — often in catchy terms like ‘20% by 2020’ — and reaping brand benefits, while still being unfortunately too far from what scientists tell us would take to contain climate change to reasonably non-destructive levels. Two organizations working hard to correct that are the Sustainability Context Group and Climate Counts, both remarkable pools of thought leadership on this subject. Climate Counts has just completed the world's first science-based approach to corporate sustainability ratings, and everyone should take a long, hard look.

9. Pin down the right implementation of internal carbon-saving incentives

To the cynical ‘old-school’ businessperson, this can be almost unbelievable and yet it is happening — a tiny but growing group of companies are starting to charge their own business units internally for the amount of carbon associated with said units’ operations, effectively penalizing departments in some other fashion if they go beyond their ‘carbon budget.' Microsoft, **Disney **and Shell are three companies that seem serious about this approach and there is a lot to learn from the early days of their efforts. Microsoft in particular has had their carbon fee program for just about a year now, and analysis of the first annual results will surely be fascinating.

10. Find the most cost-effective ways to monitor sustainability across the entire value chain

The most cost- and resource-efficient path toward embedding sustainability across their entire value chain rarely reveals itself at first glance. You can count on two fundamental questions to stand in the way of optimal implementation, even if you are on top of everything conceptually: the question of existing vs. new technological infrastructure to track necessary data, and the question of painting a digestible enough picture of impacts of interest as you go. Many companies underestimate the importance of these kinds of back-end support, and you would be wise to study solutions proposed by SAP, IBM, Cisco and Energy Points, among others.

11. Understand the inputs and outputs of a materiality assessment that are seen as most useful by critical stakeholders

Speaking of long, hard looks, this is what the Sustainability Accounting Standards Board (SASB) is doing with materiality assessments in virtually every industry in the United States, aiming to ultimately convince the all-powerful Securities and Exchange Commission (SEC) to require regular 10-Q and 10-K reporting (for public companies anyway) on what SASB finds are the most material environmental and social impacts of each industry. As with other new waves of analysis listed above, some companies are already being proactive and either providing input to SASB’s process, or monitoring it closely in anticipation.

An exciting start-up called Enigma recently won the tough 2013 TechCrunch Disrupt NY competition, bringing a technology play that enables users to reign in siloed public data and engage it in analyses not easily performed before. Some observers are already referring to Enigma as ‘the Google for public data’, and I strongly suspect their work could benefit many in the Sustainable Brands community. It’d be helpful to understand how their solution is similar to, and different from, existing Big Data analytics done by IBM, SAP, Wolfram Alpha and peers.

13. Unlock the advantages of cognitive science and empathy in understanding behavior

Multiple branches of modern-day cognitive science, psychology and behavioral economics have demonstrated the critical importance of supplementing standard survey-based average-user-targeted methods for studying a population with more qualitative, empathy-based research. From absorbing Dan Ariely’s research on our ‘predictably irrational’ nature, to DarwinSF’s analysis on the formation of a cloud of cultural memes around climate change, to observing superior aspects of empathy-based design thinking popularized by Stanford’s d.school, IDEO and now applied at the World Economic Forum… businesses still have a long way to go toward optimizing their understanding and relationships with customers.

The New Metrics channel is sponsored by 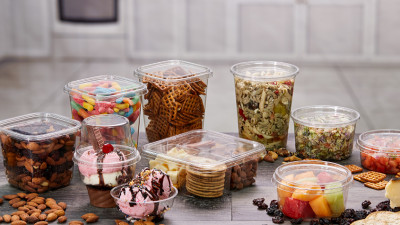 WALKING THE TALK
Reimagine 2020: The Year of Good

MARKETING AND COMMS
Gillette Reveals Men’s Feelings on Sustainability in 2020, Brand Goals for 2030

SUPPLY CHAIN
MSC: Progress Has Been Made in Sustainable Fishing, But Change Needs to Happen Faster