New Metrics
Human Capital:
Are You Valuing Your Greatest Asset?

Talia Arbit
Published 6 years ago. About a 4 minute read.

You may have heard the common business aphorism, “people are our greatest asset.” CEOs such as Richard Branson — founder of the Virgin Group, and Anne Mulcahy — former CEO of Xerox, are among many business leaders who have publicly made statements of this kind. This sentence even appears on the ‘Who We Are’ portion of the Goldman Sachs website. But while businesses so often claim to value their human capital, how do we ensure this aspiration becomes a reality?

On Monday, experts gathered to discuss this topic at a workshop at Sustainable Brands’ New Metrics ’16 conference in Boston. The panel — comprised of Steph Sharma, Managing Director of the Human Value Institute; Paul Herman, CEO and Founder of HIP Investor Ratings & Portfolios; Gwen Migita, VP of Sustainability & Corporate Citizenship at Caesars Entertainment Corporation; and Burke Pemberton, Principal at Stok — highlighted the critical importance of measuring human capital, suggested ways to create a concrete valuation around this nebulous concept, and showcased examples of businesses making significant gains in this domain.

He argued that the strongest portfolios — those with lower risk and higher returns — invest in companies that value people as an asset and invest in the growth of their talent. A key example of this can be found by looking at Fortune Magazine’s list of the ‘100 Best Companies to Work For’ — according to research done by the Russell Investment Group, creating a portfolio of these 100 companies would outperform the stock market by almost twice, reinforcing the idea that investing in your employees is financially beneficial.

Next, Migita highlighted two ways Caesars invests in its employees: First, by investing heavily in employee health & wellness programs — for which they get 80 percent participation compared to the 40 percent participation at a typical company — and paying 2.8 times more on salaries and benefits compared to the average US corporation. It’s also worth mentioning the profitability of Caesars Corporation, which outperforms the average US corporation by several orders of magnitude. “Investment in employees has been shown to increase employee retention & acquisition as well as overall growth of the company,” she asserted.

Pemberton then described how Stok — a vertically integrated real estate services firm and certified B Corporation — created and implemented the Human Capital Contribution (HCC) Scorecard. Employees use this Scorecard to give one another feedback on six qualities that are believed to deliver long-term sustainable growth value to the company. The Scorecard ranking is subsequently used to determine employee profit shares at the company. The HCC Scorecard shakes up the typical performance-management system by eliminating managers and allowing peers to evaluate one another. As Pemberton pointed out: “Who knows whether you deliver profit to the company better than the people you work with on a daily basis?”

In addition to these examples, the panelists recommended other easy strategies for making the value of human capital more concrete. One simple shift would be to place employees on the assets portion of a company’s value sheet. Sharma also suggests learning from companies that embrace human-centric decision-making rather than focusing on outcomes-orientation and metrics-orientation.

“In spite of the accounting barriers that are in front of us, we have an opportunity to measure differently,” she said. “But we shouldn’t measure what isn’t creating value, we should measure what is.” 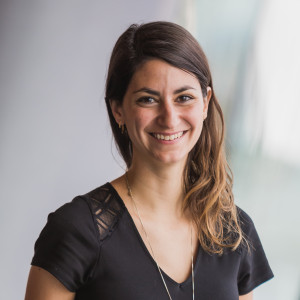