Report chronicles the company's gains in Diversity, Philanthropy and Sustainability among employees and communities

Las Vegas, Sept. 8, 2015 – MGM Resorts International (NYSE: MGM) employee volunteers build a house from the ground-up, and hand over the keys to an elated single mother and her children. Tens of millions of dollars are spent conducting business with minority- and women-owned enterprises, supporting the company’s strategic objectives and commitment to diversity. MGM Resorts and NRG Renew partner to install one of the nation’s largest rooftop solar arrays at Mandalay Bay Resort and Casino, stretching a massive 20 acres.

These are just a few of the powerful displays of corporate citizenship chronicled in MGM Resorts’ 2014 Annual Corporate Social Responsibility Report. Themed “Inspiration Begins With Us!”, the report features the company’s accomplishments in corporate social responsibility (CSR), which includes Diversity and Inclusion, Philanthropy and Community Engagement, and Environmental Sustainability initiatives. Released today, the report for 2014 is available for download on the company’s CSR website, www.mgmresorts.com/csr.

“MGM Resorts continues to integrate CSR best practices at all levels of our company’s operations and throughout our culture,” said Jim Murren, Chairman & CEO of MGM Resorts International. “We firmly believe that our CSR efforts make us both a better company and a better corporate citizen, as we strive to uplift the communities in which we operate and work,” continued Murren, a CR Magazine 2013 winner of the Responsible CEO of the Year Award.

From introducing the gaming industry’s first formal diversity and inclusion initiative in 2000 to building the world’s largest LEED Gold-certified “green” complex in CityCenter, to marshaling its employees to donate more than 1.6 million pounds of food last year, CSR is foundational to MGM Resorts’ culture.

Named the “Responsible Business of the Year” at the 2014 Global Gaming Awards, MGM Resorts outlines additional CSR milestones in its report, including:

MGM Resorts International (NYSE: MGM) is one of the world's leading global hospitality companies, operating a portfolio of destination resort brands including Bellagio, MGM Grand, Mandalay Bay and The Mirage. The Company is in the process of developing MGM National Harbor in Maryland and MGM Springfield in Massachusetts. The Company also owns 51 percent of MGM China Holdings Limited, which owns the MGM Macau resort and casino and is developing a gaming resort in Cotai, and 50 percent of CityCenter in Las Vegas, which features ARIA Resort & Casino. For more information about MGM Resorts International, visit the Company's website at www.mgmresorts.com. 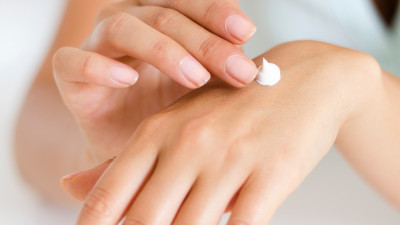