Press Release
Some Stories Are Worth Telling:
The Legacy of the Michigan Source Reduction Initiative


Published 1 year ago. About a 6 minute read.

MSRI was the catalyst that launched The Dow Chemical Company into a collaborative approach in helping the world achieve sustainable development. It also ushered in a wave of new and unique company-NGO collaborations that helped accelerate progress and set new standards for these relationships. It is hard to imagine the great collaborations of more recent years (e.g., US Climate Action Partnership formed in 2006) happening without that catalyst of MSRI. 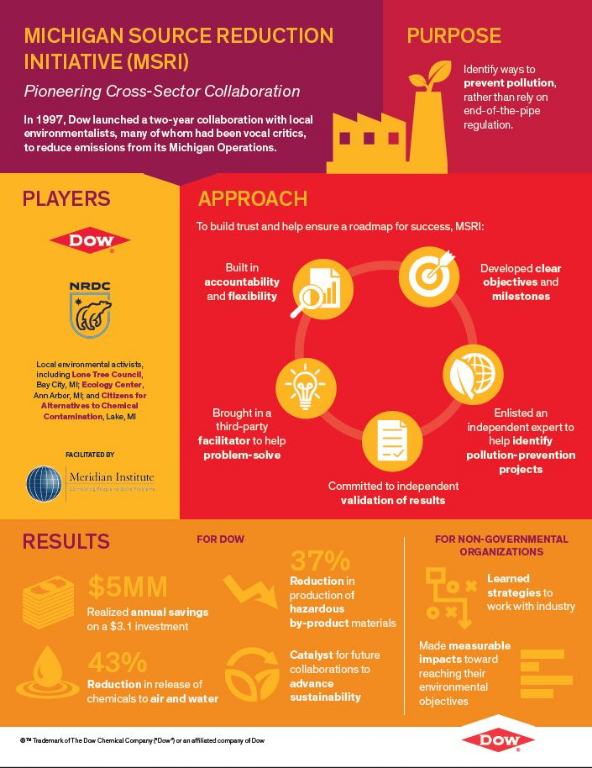 MSRI was a breakthrough effort designed and implemented collaboratively among Dow’s Michigan Operations, the Natural Resources Defense Council (NRDC), local environmental groups including Lone Tree Council and the Ecology Center of Ann Arbor and facilitated by the Meridian Institute. It was spawned by the trust developed from productive working relationships with leading environmentalists in the mid-1990s and motivated by a desire to find ways to identify opportunities for pollution prevention, rather than rely on end-of-the-pipe regulation, which often ended up in litigation before it was implemented. Terms of the collaboration were negotiated, including quantitative goals for reductions, how milestones would be established, how NGOs could participate within the plant, and how progress measured, publicly reported, and validated. An independent chemical engineering, pollution prevention expert, the late Bill Bilkovich, was vetted and approved by both sides and brought in to facilitate and brainstorm pollution prevention projects inside the plant and unit operation level alongside Dow engineers. Bill’s positive and inquisitive nature benefitted from the freedom Dow allowed to explore and engage with various innovative ideas and questions, and he quickly became trusted and respected by all.

The Results Were Remarkable

By the time the project was completed, Dow was on track to reduce production of a list of hazardous by-product materials by 37 percent, and to reduce the release of these materials to air and water by 43 percent, which would exceed its initial goals of 35 percent in each of these areas. In addition, Dow’s investment of $3 million to make those changes was estimated to result in savings of more than $5 million per year, and in some cases, to facilitate improvements in production capacity and product quality. The majority of the projects required a relatively small capital outlay, and were funded from small capital project budgets in each affected Dow business unit. It was eye-opening at the time that small amounts of capital could produce such huge results.

This blog is dedicated to the men and women who made this remarkable collaborations the breakthrough it clearly was. It took courage on everyone’s part. In particular, this blog is dedicated to the late Jerry Martin and Bill Bilkovich, and to the great visionary work of Rick Olson, Terry Miller, Tracey Easthope, Anne Hunt, Mary Sinclair, Diane Hebert and Jeff Feerer. 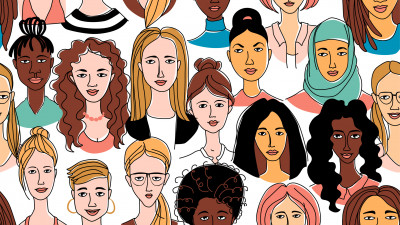 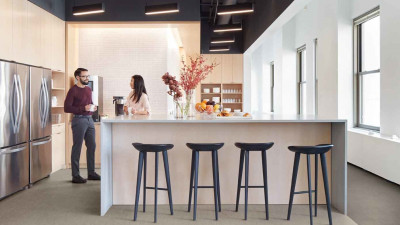