Mark Agnew
Published 3 years ago. About a 3 minute read.
Image: For each pair of Pi Wear round-rim eyeglasses or sunglasses purchased, Eyeglasses.com pays for one eye surgery in rural India that cures blindness caused by cataracts. | Eyeglasses.com

Ideally, Western companies should adopt an attitude of Ask First, Give Second. We’d all benefit if we empowered those who will receive the donations to determine what they need most, rather than making that decision for them.

Socially conscious businesses have considered the one-for-one giving model the “CSR go-to” since the early 2000s when it was introduced. The idea was simple: Companies pledged that for every product sold, they would also donate the same product to someone in need. For both the brand image and the finances of the company, the concept was effective because it bakes social initiative into the business model, which helped the company build a larger and more loyal customer base. Consumers of these products feel good knowing that they’re not just purchasing a pair of shoes for themselves, they are also purchasing them for someone across the world.

But there are unintended consequences to this giving model — because the “give” is not always determined by the need, but instead by Western perceptions of demand. For example, pushback came from shoemakers in Africa that were unexpectedly put out of business because of the influx of free shoes. Companies invested, and continue to invest in, consumer demand over social impact.

Consequently, one-for-one product donations often do little to address the root causes of poverty or illness; donations can be out of alignment with what those who are on the receiving end of the giving actually need. It’s time to go further than simply donating eyeglasses to the poor — who often don’t have access to a doctor for exams, medications and/or the prescription lenses that need to go into the donated frames. Many companies, including Toms — which popularized the one-for-one model — have already shifted their philanthropic strategies to take a more holistic approach. Eyeglasses.com, for example, has recently launched a brand of charitable eyeglasses and sunglasses that aims to cure blindness caused by cataracts in people in need. For each pair of Pi Wear™ round-rim eyeglasses or sunglasses purchased, Eyeglasses.com pays for one eye surgery in rural India that cures blindness caused by cataracts, helping to transform lives for generations by opening doors to education and work opportunities for the poor.

Three-quarters of adults in the US and 91 percent of people over 55 worldwide wear eyeglasses, resulting in a $26 billion industry. The capacity to create change here is enormous. But in order to maximize impact, corporations need to be putting money into solving the root of the problem, rather than offering an oftentimes unwelcome or ineffective band aid. Ideally, Western companies should adopt an attitude of Ask First, Give Second. We’d all benefit if we empowered those who will receive the donations to determine what they need most, rather than making that decision for them.

Since its conception in 2019, Eyeglasses.com has paid for 700 surgeries to cure people of blindness. This positive impact is undeniable, since restoring someone’s sight opens up innumerable doors to them in their family life and career. Unlike with product donations, you can trust that a surgery is making an impact.

Corporate social responsibility has come a long way. It was once applauded when companies gave anything back at all; but, with more companies becoming “conscious,” we are seeing a movement toward corporate giving that has meaningful, systemic impact. This is progress and should be celebrated. It’s time for more businesses to be thoughtful and selective about where and how they invest their social initiatives. 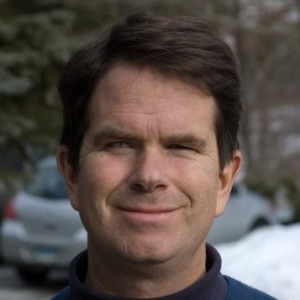 Mark Agnew is the founder of Eyeglasses.com and the creator of its new brand, Pi Wear — a charitable brand of round, full-rim eyeglasses and sunglasses that was designed to transform the conscious eyewear industry.