Hannah Ritchie
Published 5 years ago. About a 5 minute read.

The private vehicle sector has been one of the first and most pressing to push for a transition in the way we value the consumer economy. Companies such as Uber, Zipcar and Blablacar have stirred both applause and controversy as their disruptive business models have taken the marketplace by storm.

Whether through car rental, car share, or carpooling, private transportation seems to be making one of the most promising moves towards a sharing economy. Combined with technological progress in areas such as electric and autonomous vehicles, the sector is rapidly shifting — it represents a prime opportunity to integrate sustainability within that shift.

One company aiming to do just that is Drivy: a European car rental service. Often described as an ‘Airbnb for vehicles,’ Drivy offers car owners the opportunity to rent them out when not in use. Launched in France in 2010, Drivy now also operates in Germany and Spain with a total of 35,000 registered cars and 800,000 users across Europe. CEO Paulin Dementhon says the company has doubled its rent volumes each year and reached the milestone of one million days of rental at the end of 2015. The company was named one of the 2016 Circular Economy Award finalists.

Sustainable Brands caught up with Dementhon to learn more about the company’s business model, the challenges of entering such a disruptive marketplace, and how he sees the transport sector evolving in the years to come.

Paulin Dementhon: Drivy is a marketplace where people who own a car can register it for free and rent it to their neighbours when they don’t use it. We provide them with insurance and great apps to manage their rentals and sign the rental agreement. On the other side of the relationship, people who need a car (for example at the weekend or for a holiday) can rent one close to home, at a low price and in a very flexible way. Drivers search nearby cars on our app or website, select the ones they like best, and can then freely contact the owners.

I’m assuming you can’t use the conventional lock-and-key security system when renting out cars to other users. Do the cars need to be retrofitted for access?

PD: In most of the cases, the owner and the driver meet in front of the car to get the key and sign the rental agreement. We have just introduced a new technology called “Drivy Open,” that allows people to open the car with their smartphones, enabling self-service, frictionless rentals. We equip Drivy Open cars with our hardware, making any car a connected car.

What have been some of the key challenges or hurdles in establishing a more circular business model?

PD: We first needed to find insurance to cover rentals; that was a big challenge, considering how disruptive our model is. It took us a full year from when the company was launched. We then had to gain the trust of car owners and drivers, both in the platform and in each other.

On the product side, making the rental process simple — actually much simpler than renting through an agency — was very challenging. If you build a simple classified service, it takes ages for drivers to find a suitable car. We therefore had to build a lot of intelligence into our systems to signpost the right cars to the right people.

What are the company’s plans and focus for the coming few years?

PD: Our main focus is to improve our apps so that Drivy will be the most convenient way of finding a car within walking distance of home (for travel at weekends, for holidays or for professional meetings). In parallel, we want to expand into new countries in the next years so Drivy cars can be offered everywhere in Europe.

Transport is a rapidly evolving area — both in terms of technological development and a focus on sustainability. What are some of your future visions for the industry?

PD: The pace of innovation for road transportation is extremely fast, with a massive upcoming switch from ownership to service. Within five years, we’ll be able to quickly access transportation in every situation through a combination of just three or four on-demand services such as Uber, Blablacar and Drivy. Meanwhile, the cars themselves are undergoing a rapid generational shift with the rise of vehicle electrification and autonomous driving — these two technologies which will fuel the service rather than the ownership model.

The flexibility of road transportation marries very well with the explosion of computing capacity and Internet of Things; vehicles will be routed automatically, seamlessly accessible, and passengers will be pooled in real time that will probably further reinforce the supremacy of cars and buses over rail.

I think the future for end users is actually very bright: less money spent; faster and safer transportation; and more space for living rather than parking. Cities will be an even better place to live. 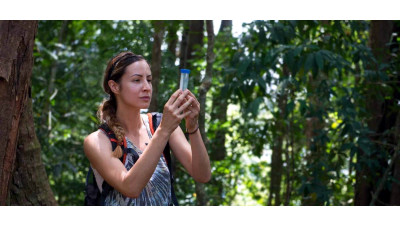