Jean Rogers
Published 6 years ago. About a 3 minute read.

When it comes to addressing climate change, many companies may ask, “How much will it cost to change the way of doing business?” The real question, however, is “What is the cost of doing nothing at all?”

Last week, a bipartisan group released Risky Business: The Economic Risks of Climate Change in the United States, a report that addresses this very question, and serves as a call to action for both the private and public sectors. Among its key findings:

SASB agrees with the report’s authors that, while the scenarios are alarming, businesses and policymakers have it within their powers to keep them from ever becoming a reality — but action is needed now. And with the right information, investors can play a key role in ensuring that their investments go toward companies that are working to reverse trends, rather than exacerbate them.

At a news conference in New York yesterday, former Treasury Secretary Robert E. Rubin stated: “I believe that investors should insist that companies disclose their risks, including the value of assets that could be stranded.”

In fact, many companies have been disclosing data on activities related to greenhouse gas emissions, as well as risks posed by the effects of climate change, although much of the language is boiler plate. We need standardized disclosure that enables comparability and better performance. Last week, SASB issued standards for eight industries in the Non-Renewable Resources sector, which is the sector that has the most potential to reverse trends found in the report.

Extractive industries face many challenges, at a time when resources are becoming scarcer and demand is growing greater. They teeter between discovery and depletion, but how long can that continue before the latter outweighs the former? Non-renewable resource fuels remain the primary source of all power generated in the world. This sector literally and figuratively fuels our economy. But every day, we see the growing challenges brought on by a new era – one in which pressures such as climate change, resource scarcity, volatile energy prices and population growth are shifting the rules of the game. In order to remain a competitive and successful player, this means the Non-Renewable Resources sector needs to shift right along with it. This means innovation — innovating on material issues represent the greatest chances for achieving competitive advantage and gaining market share.

Now, more than ever, this sector has an opportunity to not only build investor confidence and focus on material issues that create long-term wealth, but address some of the world’s greatest challenges in doing so.

We need only look to the crucial Risky Business report to know what the alternative is. 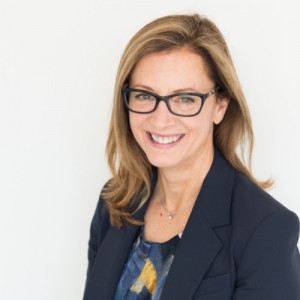 PRODUCT, SERVICE & DESIGN INNOVATION
How to Scale Your Sustainable Business: 5 Learnings from the Dutch Startup Ecosystem