Hannah Furlong
Published 5 years ago. About a 2 minute read.

Skeleton Tech is the only ultracapacitor manufacturer to use graphene in their cells, enabling them to deliver twice the energy density and five times the power density of competitors’ products. The company uses patented nanoporous carbide-derived carbon, or ‘curved graphene’ layers, allowing for better conductivity and higher surface area.

"Skeleton Technologies are worthy winners of the ECO15 London Award. This is a company that we've known for a while and they've made really incredible progress in that time,” said Ecosummit founder Jan Michael Hess. “The winner was chosen by a panel of 53 judges and it's clear that people are very impressed with Skeleton's story."

Earlier this year, Skeleton Technologies raised €9.8 million in Series B financing and announced a deal with the European Space Agency to send ultracapacitors into orbit. The company currently has 51 employees based in Germany and Estonia, and is progressing with Series C fundraising. To date, the company has received €13.7 in total funding.

"Winning the title of the most successful smart green startup in Europe gives us additional firepower and motivation, in our mission to build the best energy storage solution for our customers, and meet increasing market demand,” said Skeleton Technologies CEO Taavi Madiberk.

Ecosummit, which takes place annually in Berlin, Amsterdam, and London, focuses on innovations in smart energy, mobility and buildings. The ECO15 London Award is intended to recognize the best “smart green startup” in Europe.

The aptly named and Berlin-based startup Solarkiosk won the Silver Award for its solar-powered vending kiosks that it distributes to off-grid communities in rural Africa through its six subsidiary affiliates. The kiosks enable people to charge their phones and purchase a number of products including affordable solar power products to light their own homes. 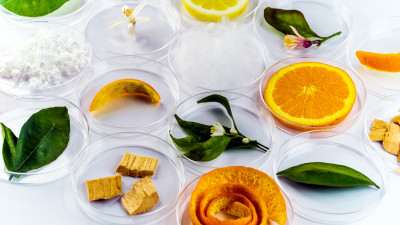 WASTE NOT
Trending: Could Food Waste Be the Future of Fashion?