Product, Service & Design Innovation
This Startup Wants to Sell You a Solar-Powered Scooter

Canadian startup Daymark has developed a fully electric, solar-powered scooter capable of playing music from built-in speakers, charging your phone and traveling up to 10 miles using its 24V battery pack, which is available in lithium or lead acid varieties.

The Photon scooter re-charges under daylight during any kind of weather, gaining approximately 0.2 miles for every hour of exposure the 6W solar panel receives.

Battery failure in scooters is most often caused by keeping them uncharged for prolonged periods of time, the company says. With new “trickle charging” solar panel technology, Daymark claims it has solved this common cause of malfunction. When not being used for transportation, the Photon can be used as a battery source to charge any USB device such as cell phones and tablets.

To get the scooters on the road, the company has launched a Kickstarter campaign where early buyers will be able to purchase first editions at discounted rates starting from $149 USD. As of this writing, the company already had raised nearly $14,000 towards its $24,000 goal.

Solar innovations seem to be popping up left and right. Across the pond, London-based startup SolarLayer claims to have created a new additive for paints, coatings and flooring that transforms any surface into a solar energy receptor. Through its application, any roof, wall, street or path becomes a photovoltaic generator, that works as a replacement or supplement to the traditional power grid.

Likewise, a pair of designers have developed a new portable outlet that absorbs solar energy and converts it to electricity for everyday use. This can be attached to a window or wall that gets a lot of sunlight and, after eight hours of charging, holds up to 10 hours of electricity. Meanwhile, scientists at Michigan State University have developed a translucent solar cell that can generate solar electricity through windows, rather than panels on a roof.

CHEMISTRY, MATERIALS & PACKAGING
How a Classic Brand Is Tackling the Marine Plastic Problem

MARKETING AND COMMS
Kolster to Brands: Tout Not How Great Your Product Is, But What It Can Help People Become

CHEMISTRY, MATERIALS & PACKAGING
How a Classic Brand Is Tackling the Marine Plastic Problem 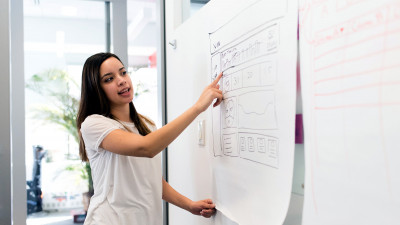