Bumble Bee’s adoption of blockchain is not just about dispelling doubt about its fishing practices — it provides a window into quality and supply chain management, which could unlock major savings for the company.

Bumble Bee Seafoods has been using blockchain technology to solve the mystery of where your fish comes from, one tuna steak at a time. The seafood manufacturer can now track each package of Natural Blue® by Anova® yellowfin tuna back to the waters in which it was caught, providing full transparency to consumers of its journey to their plate.

This move not only provides accountability to the consumer, it also marks a key shift in Bumble Bee’s potential use of large-scale data in its operations.

Launched in March of 2019, Bumble Bee's traceability efforts through blockchain have continued to evolve and receive positive reviews from both retailers and consumers alike. Bumblebee CIO Tony Costa considers this just the beginning: “We're just scratching the surface of the capabilities around all the data that we're collecting.”

It's no secret that many firms, both in and out of the food industry, are implementing blockchain for supply chain transparency and building data stockpiles. In Bumble Bee’s case, the aim was to gain greater consumer confidence. The company had previous success with its Trace My Catch initiative, launched in 2015 — which showed consumers where their fish was caught; but with blockchain Bumble Bee sought to enhance that process, this time by showing every stop in between. Commercial fishing is a difficult industry to trace from bait to plate, but Costa and his team have worked with experts at SAP to make it happen.

While Bumble Bee focused on the food, SAP’s Digital Business Services team concentrated on the technical implementation — integrating blockchain with easy input processes for every player along the journey, a key ingredient to the success of the operation.

Blockchain itself can be difficult to understand; but its underlying structure — which ensures constant checks across the network — is what drew Bumble Bee to the technology. A blockchain network has checks and balances built in; if any element is tampered with, the database breaks intentionally. It’s a bit like Jenga, but in reverse — each person adds to the building; and if someone skips a turn or adds where they’re not allowed, the system sounds the alarm.

This integration makes it perfect for supply chain transparency. Bumble Bee sources tuna from around the world, including from a handline fishery in Indonesia which achieved  Fair Trade certification — a standard to which Bumble Bee already adheres. With blockchain, the fishers are involved in the process directly, creating a more equitable platform to provide data and feedback. Not only are the fishers more involved and engaged; each stop along the cold chain gets logged, including the warehouse and the store that sells the tuna itself.

The in-store experience for the shopper is the big moment that Bumble Bee sought to improve. Today, consumers can scan a QR code on the Natural Blue by Anova package in the grocery store aisle, and find previously unattainable details — information such as where the fish was caught, the boat size and the fishing method used show up on their smartphone. Furthermore, they can learn whether that fishing method results in bycatch (unintended sea life caught) or if the waters are overfished for tuna. This is fundamental data that informs Bumble Bee’s customers that they’re making the right choice in buying Anova’s Natural Blue tuna steaks.

Bumble Bee’s adoption of blockchain is not just an example of a large seafood company wanting to dispel doubt about its fishing practices — the move provides a window into quality and supply chain management, which in turn could unlock major savings for the company. While these upsides are still finding their way to its bottom line, Bumble Bee's use of blockchain is adding much-needed pressure to the food industry — and seafood, in particular — to radically increase transparency in food production.

Finally, this is not a story about doing environmental good at a financial cost; blockchain and the data it produces are now part of a living feedback loop. Tuna steaks are no longer part of a one-way story at Bumble Bee — now, each step in the process can yield new insights for the company's analysts. In addition to having a head start against many of its competitors, Bumble Bee now has a data standard across the various processors thoughout its supply chain. The company is now well-positioned to design even more integrative solutions in its business using this large, consolidated data stream.

As Oliver Betz, Global Head and SVP of SAP Innovative Solutions, asserts: “This solution is an example of how blockchains can be used to revolutionize the future of food.”

Sponsored Content / This article is sponsored by The Bumble Bee Seafood Company.

At the Bumble Bee Seafood Company, we are challenging ourselves to redefine how we think about, source, produce, and consume seafood. It's a mission we live by in every part of our company — from our people, to our products, and ultimately the planet we share. 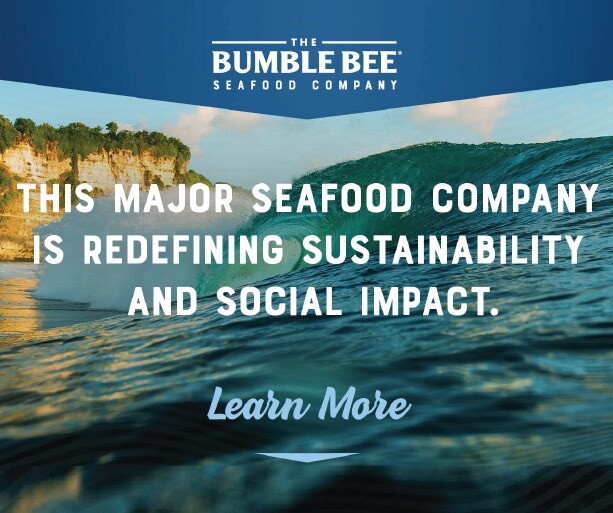 A Better Way to Seafood™ 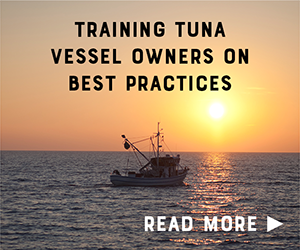