Hannah Furlong
Published 6 years ago. About a 6 minute read.

Modern slavery has been a popular topic in corporate responsibility lately, and with good reason: Forced labor affects roughly 21 million people around the globe, and 71 percent of companies believe there is a likelihood of modern slavery occurring at some point within their supply chains.

Several organizations have stepped up to help companies identify forced labour in their supply chains, assess their human rights performance, and to benchmark their performance within their industry sector; 3 new frameworks were released this week.

“Recent legislation, such as the UK’s Modern Slavery Act, shows a growing recognition of the links between forced labour and the regulation of supply chains, and adds to the rising pressure on companies to address their impacts on human rights in their business and supply chains,” commented Jonathan Ivelaw-Chapman, the CEO of Sedex, a global non-profit focused on supply chains.

On Tuesday, the Sedex Associate Auditor Group released new guidance on how to spot the signs of actual, likely or possible cases of forced labour for both auditors and audit readers. It is intended to help tackle the issue of modern slavery and forced labour being under reported in audits.

“The challenge for auditors is to draw the line between substandard working conditions and extreme forms of exploitation such as forced labour. This is because the majority of cases occupy a middle ground and are hard to fit into a straightforward ‘forced labour – yes/no’ category,” Sedex’s Marianne Voss, a co-author of the new guidance, explained in a blog post. “Sometimes it is the combination of factors which lead to a forced labour situation.”

The new guidance can be used by brands to help them understand their risks and enhance their existing audit protocols.

The document, entitled Guidance on Operational Practice & Indicators of Forced Labour, outlines a list of indicators, which either independently or in various combinations, can suggest where there is a risk of forced labour in a worker’s employment cycle. For each indicator proposed, the International Labor Organization (ILO)’s 11 indicators of forced labor are linked, in addition to its applicable ILO definitional element.

“Striving to eradicate forced labour is a priority for socially responsible businesses around the globe,” said David Camp, guidance co-author and Programme Coordinator at Stronger Together. “The social compliance audit community has a key role to play and must become expert at spotting the signs of labour trafficking and forced labour and reacting appropriately for the protection of victims. This new guidance seeks to move us one step closer to this goal.”

Meanwhile, the Corporate Human Rights Benchmark (CHRB) was formally launched this week as a new independent and voluntary reporting system that will rank companies on their human rights policies, processes and performance. It is intended to facilitate the evaluation of corporate performance on human rights key performance indicators (KPIs), to expose where companies are excelling and where they need improvement, and to provide a clear benchmark of individual performance against peer companies.

The CHRB will initially focus on a list of 100 companies in three high-risk sectors: agricultural products, apparel and extractives. The results are expected in November 2016.

The CHRB was developed over 2 years by a combination of investors and human rights NGOs: Aviva, Vigeo Eiris, VBDO, The Business and Human Rights Resource Center, Calvert Investments, and the Institute for Human Rights and Business; and in consultation with over 400 companies, industry associations, investors, governments, civil society representatives, academics, and lawyers. The group aims to incentivize a “race to the top” to drive improved human rights performance and build best practice standards.

“Benchmarking human rights performance of companies, especially those with large global supply chains, is critically important to workers and affected communities impacted by corporate activity,” said David Schilling, the Interfaith Center on Corporate Responsibility (ICCR)’s senior program director for Human Rights and Resources. The ICCR was one of the organizations that provided input for the development of the methodology.

“ICCR is especially pleased that the CHRB includes a “No Fees” component which focuses on the prohibition of workers paying fees to obtain employment and on employers restricting workers’ movement through the retention of personal papers,” added Schilling.

Other supporters of the benchmark also praised its specific reference to the United Nations Guiding Principles Reporting Framework in many of its indicators.

Another benchmark methodology was also released, by KnowTheChain. The organization announced earlier this year that it would conduct sector-level comparative benchmarking of corporate policies and practices to address forced labor in their supply chain.

It has released the methodology it will use for the assessments, and announced that its first assessment will be on 20 large companies in the information and communications technology (ICT) sector. The methodology was developed by KnowTheChain partners – which include Humanity United, the Business & Human Rights Resource Centre, Sustainalytics, and Verité – and through consultation with experts in civil society, industry, and social investment. The framework covers seven themes: commitment and governance; traceability and risk assessment; purchasing practices; recruitment; worker voice; monitoring; and remedy.

The results are expected to be published in June. Afterwards, KnowTheChain will conduct benchmarks of the food and beverage, and apparel sectors. 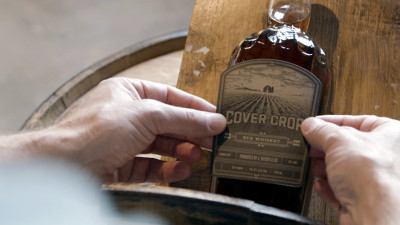