Supply Chain
The Debate Over Forest Fire Control Rages On

Daniel Persica
Published 3 years ago. About a 5 minute read.

2017 was marked by devastating forest fires that ravaged large swaths of North America. Millions of acres were scorched, hundreds of thousands of buildings were destroyed, and tens of thousands of people were displaced.

California’s Thomas Fire recently slowed its pace, but not before claiming its place in history as the largest, most destructive fire in the state’s history. But California was not alone: British Columbia also made history after 3 million acres burned, the largest total area affected in one season with an estimated 65,000 evacuees. Significant fires also consumed areas of Colorado, Oregon, Washington and Montana last year.

Amidst these disconcerting numbers is a debate among ecologists, scientists and forestry experts: Should wildfire be controlled? Or should nature be allowed to take its course?

Those in favor of extinguishing forest fires argue that they can be deadly. Because the general public tends to view fire as an emergency situation requiring immediate action, community leaders are often compelled to act in order to avoid panic.

On the other side, those in favor of allowing forest fires to burn say that suppressing fires endangers the livelihood of both people and wildlife. They also suggest that the billions spent annually in the United States to stamp out fires could be better spent on preventative measures such as constructing fire-retardant buildings and better planning in forest-laden communities.

The angst surrounding fires is obvious, leaving some to question whether it ever makes sense to preemptively set fires with the intention of reducing the severity of future burns. It’s a complex question with many compelling answers.

“The debate over unencumbered forest fires versus controlled burns is a deep and complex issue with valid perspectives on both sides,” said Kevin Belanger, VP of wood fiber procurement at Domtar. “What prescribed method is best depends on many factors, including the region and forest type. But generally speaking, prescribed fires are part of a good forest-management strategy because they help reduce the risk of catastrophic fire, which we’ve seen so much of this past year in North America.”

That is the reason some in the forest products industry, including Domtar, favor using controlled burns as one tool for preventing large, catastrophic fires, while also keeping forests in balance. Although not a cure-all, the benefits of controlled fires have long been documented and promoted for good forest management.

Recently, Tom Martin, president and CEO of the American Forest Foundation — a conservation organization that specializes in helping family forest owners conserve and sustainably manage their land — met with leaders from the U.S. Department of Agriculture and the U.S. Department of the Interior at the Timber and Wildfire Roundtable Discussion. Martin noted that family and private owners own and care for more than one-third of forests across the United States — far exceeding government ownership — and that fire does not respect ownership boundaries.

But despite best intentions and thoughtful management, unchecked fires will always happen as part of the natural cycle — as they did in 2017. In such circumstances, people often have no choice but to get out of the way and let nature take its course.

This was the case in British Columbia last summer when the Canadian province experienced its worst wildfire season in history. More than 2.2 million acres of forestland burned in 2017, costing $315.7 million. In this case, the fires were so large and so devastating that firefighters worked not to extinguish the fire, but simply to protect life and property — this is despite the country’s work to manage its land, 95 percent of which is government-owned.

“When catastrophic wildfire threatens communities and human life, there is no debate over whether or not to fight fire,” said Merl Fichtner, fiber manager at Domtar’s Kamloops pulp mill in British Columbia, who was an eyewitness to the summer’s ravaging fire. 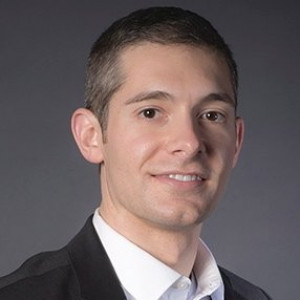 ORGANIZATIONAL CHANGE
Greyston Bakery: The Path to — and ROI of — a Loyal, Engaged Workforce